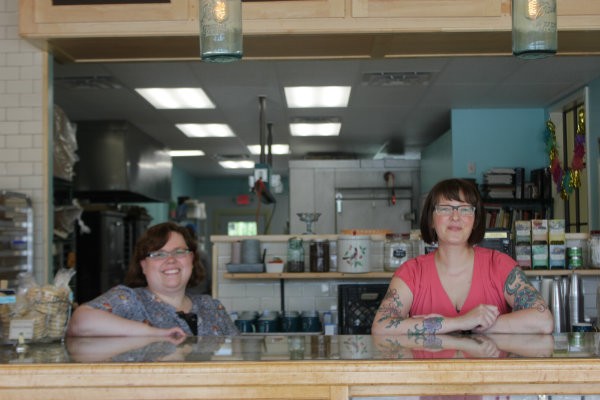 Let's get the important news out of the way before we go any further: There will be more salted caramel croissants coming to Pint Size Bakery & Coffee (3133 Watson Road; 314-645-7142) soon.

They are still only available on Saturdays for now, and you'll probably still have to stand in line to get them — but as the Lindenwood Park bakery opens the doors tomorrow to a much-needed and much bigger new space, its owners hope they won't run out of the cult-favorite treats quite so early.


"Now we have the space for people to eat, to wait and for us to bake them," promises co-owner Nancy Boehm. "We also got a sheeter — a piece of equipment that means we don't have to roll them all out by hand. It makes the process go so much faster. That's always been the problem. They are just so time consuming."

An increase in salted caramel croissants would be reason enough to seek out new digs, but it goes deeper for Boehm and co-owner Christy Augustin. Just six months after opening Pint Size in its original location, in 2012, Augustin realized the space was too, well, pint-sized.

The wall Augustin refers to is both literal and figurative. Originally located inside a former pizzeria, the bakery was not just small: It was so miniature there was barely room to work. Even worse, there was no place for patrons to congregate and she had to regularly turn away business because she lacked the space to prepare orders.

But a larger problem for Augustin was that she needed a partner. "I just realized I could't do this alone. My husband is very supportive, but he works a full-time job. My staff is great, but they are here to do the job. I was so tired and knew that I needed someone here on my level or else we wouldn't be able to keep going."

That someone was Boehm, Augustin's former colleague from Le Cordon Bleu culinary school. Augustin had tried to recruit Boehm when she opened Pint Size in 2012, but Boehm was not at a point at her career where she felt she could take that step. However, with Boehm's mom pushing Augustin to ask again, Augustin made the offer a second time. This time, Boehm accepted.

"She lured me into her web," Boehm laughs.

Boehm came into the Pint Size partnership in 2014 with the intention of moving the store in order to grow the business. Tomorrow, after fifteen months of back-breaking work, that vision is finally a reality.

"Big" Pint Size, as the pair refers to it, is located just a few blocks away from the original, at 3133 Watson Road near the corner of Watson and Arsenal. The new digs are palatial compared to "Little" Pint Size: There is a seating area with a handful of enamel-topped tables, an open area for guests to linger as they wait for fresh-baked goodies, and — most importantly to Augustin and Boehm — a significantly larger kitchen.

"I don't know how we did it before," says Boehm. "At first we thought we would all be crowded around the same table because that is how we were so used to working. It's not like that at all. We're all at our own tables. We even get to put two sheet trays right next to each other!"

The digs may be bigger, but the vintage-inspired feel of "Little" Pint Size remains. Boehm, Augustin, and Augustin's husband Matt did the build-out entirely themselves (with the exception of plumbing, electrical work and HVAC). The space boasts white subway tiles, the bakery's signature Mason jar pendant light fixtures, Tiffany blue walls in the kitchen, old-timey decor and striking floral-esque vegetable patterned wallpaper. The display case, hand-built nearly a century ago in south St. Louis, comes from an area pharmacy. Even the Amighetti family matriarch donated a diorama from her original bakery; it hangs on one of the walls at the new Pint Size.

"We're excited about the bigger space because it allows us to serve more people, sure," says Augustin. "But really, what it comes down to is that we feel like we are finally able to show more of our true style and do what we want to do rather than just doing what the [old] building demanded. This gives us more of a creative outlet."

Turn the page for more photos of the new Pint Size Bakery & Coffee. 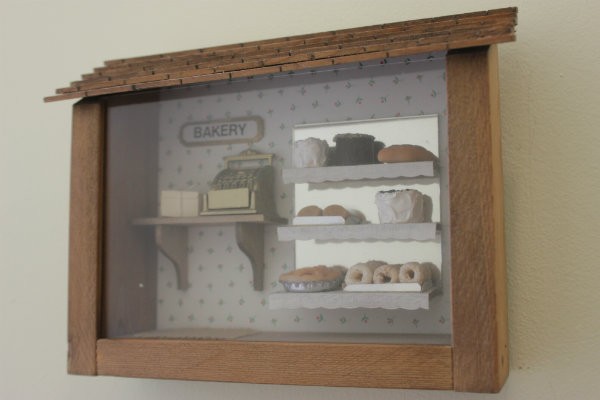 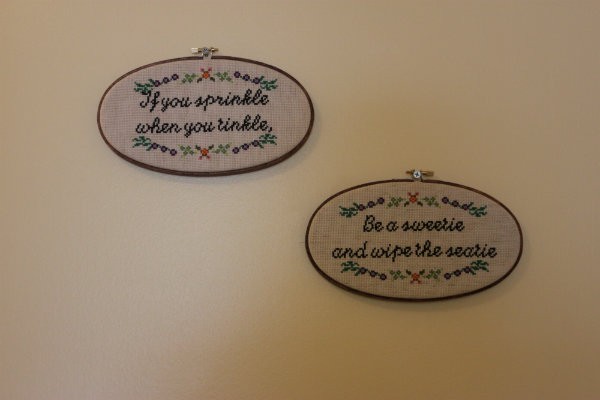 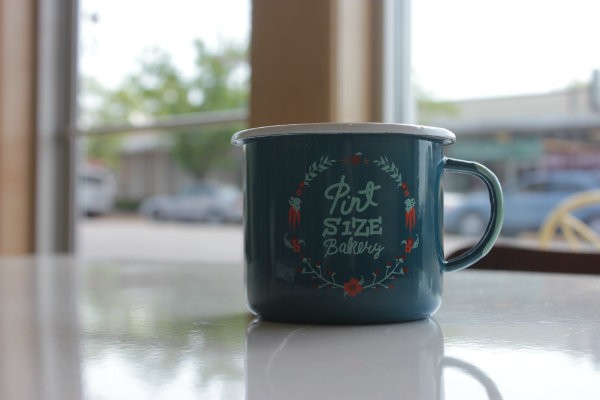