Three Kings to Open a South County Location This Summer

It was just five years ago that Derek Deaver, Derek Fleig and Ryan Pinkston opened the first Three Kings Public House, in the former Riddles spot in the Delmar Loop. But this summer, the Mizzou grads already plan to open their third location —- with a new spot in the Wehrenberg Ronnie's Plaza now about to begin construction.

> The spot at 40 Ronnies Plaza, just off South Lindbergh near Tesson Ferry, will offer the same menu, and the same friendly feel, that has won so many fans for Three Kings' first two locations (the second location opened two years ago in Des Peres).

> "Each building and the area itself takes on its own vibe," says Pinkston. "But it's going to be the same excellent food in a casual atmosphere, a place where you can get a bite before or after a movie or get a burger with your family. It's a restaurant people visit several times in a week, or at least several times in a month." 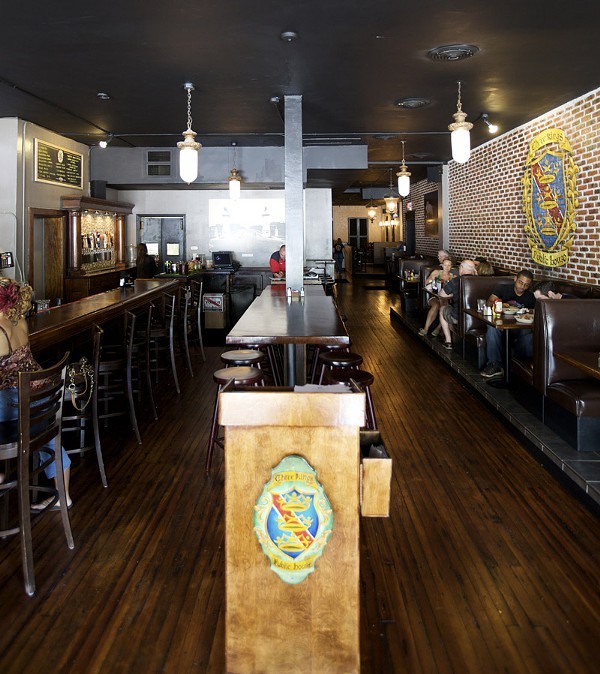 To that end, the partners are completing a massive renovation of what used to be a pet-boarding and grooming facility, adding a kitchen and giving it the same cozy look — exposed brick, wooden bar — as the other two locations. They're also building out a sizable patio space, Pinkston says, and, like the Loop location, will be offering a space for private parties. The space clocks in at 5,000 square feet.

"We've been growing pretty fast, but it's exciting for sure," Pinkston says. "We feel we have something we can offer to the public that works in these different areas." And south county, which is starved for non-chain restaurants, should be a particularly good fit. "We're hoping to tap into that and offer something that people haven't had access to there," he says. "Our craft beer aspect is a big thing — I don't think there are many places out there that specialize in that to the extent that we do."

Construction begins next week, with a goal of opening by late July.