A Sneak Peek at Weber Grill Restaurant, Opening in the St. Louis Galleria

The Weber Grill Restaurant will be the newest addition to the St. Louis Galleria when it opens April 4. The sizable space in the Richmond Heights mall will be the fifth location for the Chicago-based restaurant—but don’t write off the grill-inspired eatery as just another corporate chain, says Executive Chef Tim Eagan.

“It’s really a family company,” Eagan says. “It’s not necessarily a chain. It’s really everything but.” 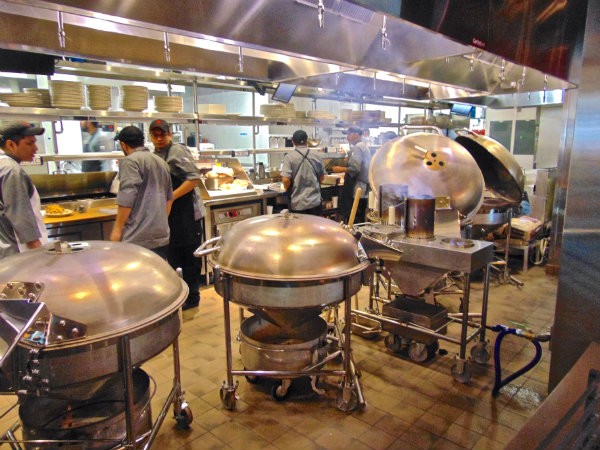 They aren't cookie-cutter operations. Eagan, a St. Louis native who previously cooked at the Doubletree Hotel in Chesterfield, says the menu here will be unique. “There are a lot of chances for us to do some St. Louis things. I’m working on a pork steak recipe. We’re working on some different variations of gooey butter cake for the dessert menu.”

The St. Louis location also stands as the first Weber restaurant in the U.S. to house a Grill Academy—a component to the Weber brand thus far only in Canada and Europe. The Academy provides an opportunity for customers to have an interactive dining experience; Eagan and other chefs will demonstrate how to cook on the Weber grills, as well as how to cook the dishes on the menu.

“A lot of our recipes we give out recipe cards for detailing exactly how we make them. It’s not a big secret like most places,” says Eagan. “Here you can actually see them make it, we’ll show you how to make it, and then we’ll give you the recipe to take home and try to make it there.”

While the menu centers around dishes executed on the grill, it also employs a "something-for-everyone" concept, in terms of both pricing and dish variety. On the starters menu, diners can choose from a variety of protein-driven appetizers like the baby back ribs (slow smoked and glazed in Weber’s hickory BBQ sauce) and a Southwest-inspired wood-fired crab cake (tender lump crab sits on a bed of a poblano pepper, smoked corn and black bean and tomato salsa, served with avocado and chipotle mayo.)

And what would a grill-themed restaurant be without a line-up of burgers? Weber offers seven options, including the Prime Kettle Burger, ranging from $11 to $16. The menu describes it as the “summit” of burgers, made with a blend of prime black angus beef, touched with Weber seasonings and cooked to the diner’s preferred temperature over a charcoal grill. The patty is dressed with bourbon-grilled onions and sharp Vermont cheddar, sandwiched between a grill-toasted ciabatta roll and skewered with crispy, breaded pickles. It’s served with Weber’s parmesan-garlic fries. 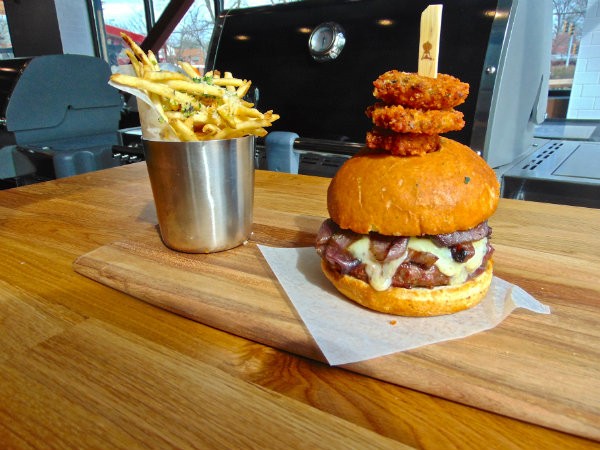 On the other side of the pricing spectrum are the steak and seafood options. A 16-ounce, hand-cut 28-day aged Delmonico ribeye (served with garlic mashed potatoes) will set you back $38. Similarly, the cedar plank-grilled Atlantic salmon served with a seasonal vegetable costs $23.

The restaurant also offers a dessert menu — all made in-house from scratch. There are two pastry chefs on hand for offerings like the S'mores molten chocolate cake (toasted marshmallow, graham cracker and vanilla bean ice cream) and the "Big G’s Caramel Apple Pie," which features house-made apple pie filling, cinnamon ice cream, bourbon caramel sauce and even bourbon baked right into the crust.

In the restaurant, diners will also be able to purchase Weber grills and other merchandise at an online kiosk—with the grill being delivered right to your door. It is the only place outside of the company's branded retail stores where Weber grills can be purchased.

The restaurant is located at the north end of the Galleria in the space that was formerly occupied by Black Finn. Approximately 9,000 square feet, it will offer a mix of booths and low-tops to seat more 200 guests. Two patio spaces will seat 130 additional patrons. One patio will be open and the second will function as an enclosed patio connecting to the indoor bar. Several fire pits will heat the space. 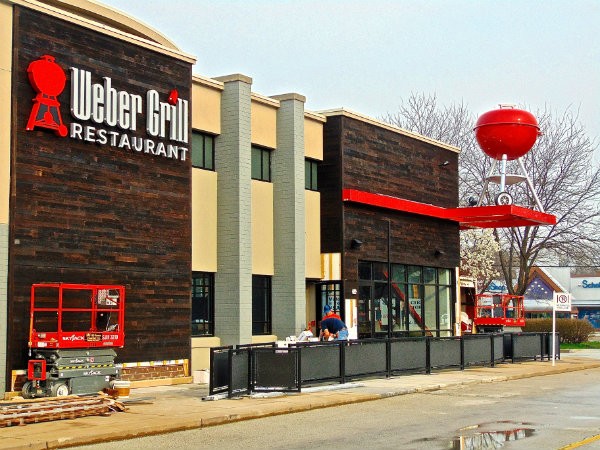