Super's Bungalow Is Getting a New BBQ Restaurant: the Stellar Hog 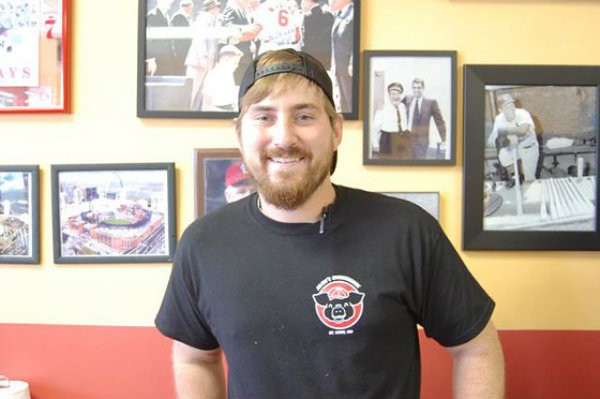 Alex Cupp has stepped away from his job as pit master at Adam's Smokehouse, but he's not staying away from the smoker for long.

Cupp, who learned the art of barbecue from none other than Mike Emerson and Skip Steele of Pappy's fame, is opening a new concept, the Stellar Hog at the Bungalow.

Described by its chef/owner as an "upscale barbecue restaurant," the Stellar Hog tentatively plans to open this summer on the site of the beloved south-city bar Super's Bungalow (5623 Leona Ave., 314-481-8448). Though he's making extensive renovations to the property, Cupp insists that no changes are in store for the beloved bar and biergarten, beyond the addition of a serious food component.

"This is such a historic place that's been around for like 90 years and has been operating as a bar for eighty-plus years," Cupp explains. "There's such a rich history here — some nights we have three generations come in and sit at the bar telling stories. I'm not going to change that. We have to keep that the same. I'll just be doing my barbecue project out of here."

Though Cupp has not yet fully worked out the details of his menu, barbecue will be a major component. "We want to offer something that the other barbecue restaurants in town aren't really doing," says Cupp. "Nice sides, more upscale dinner items — we're going to fancy it up a little." Some of the dishes he's planning include smoked cassoulet, smoked and fried wings and spoon bread, alongside traditional selections like pulled pork and brisket.

While the building is undergoing its renovations, Cupp has partnered with chef Ben Grupe (a culinary Olympian and the face behind the Soigne pop-up dinners) on a project called St. Louis Sammiches. The pop-up project will allow Cupp to play around with recipes and experiment before he can fully immerse himself in the Stellar Hog's kitchen. "Our first one will be at Tower Grove Market," says Cupp. "We're planning on doing them all around town — at the Schlafly farmers market, Tower Grove — pretty much anywhere people want some good, fat-boy sandwiches."

Cupp credits his time at Adam's, and in particular his experience learning from Emerson and Steele, as giving him the know-how to step out on his own. "I learned so much working there," he says. "Those guys really paved the way for me, and now, it's just time to go out on my own."

We are always hungry for tips and feedback. Email the author at cheryl.baehr@riverftonttimes.com.