Franco Will Close This Weekend 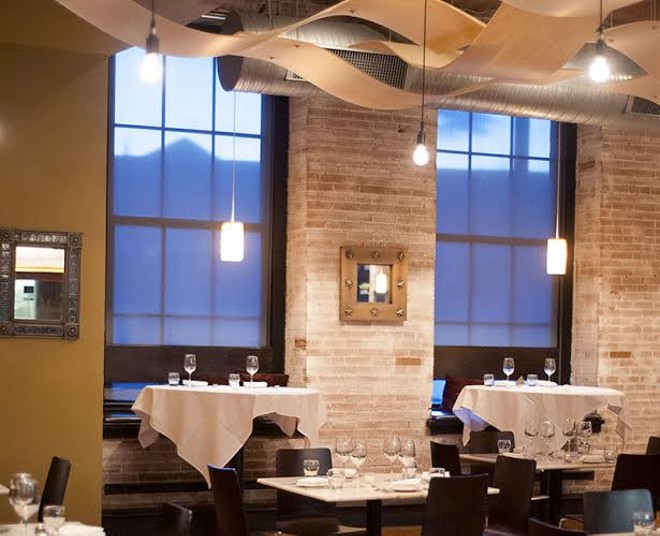 Franco (1535 S. 8th Street; 314-436-2500), the beloved French restaurant in Soulard, is closing its doors after a ten-year run. According to a statement issued via its Facebook page, the restaurant's last day of service will be Saturday, February 20.

Since opening in 2006, Franco has been synonymous with approachable French comfort food, garnering critical acclaim and a legion of devoted patrons along the way. It was the freshman effort of restaurateur Tom Schmidt, who later opened the wildly successful barbecue spot Salt + Smoke in the Delmar Loop.

We will update this story as more information becomes available. The restaurant's full statement follows.

We Are Sad to Say Goodbye on Saturday February 20th.

These past ten years have been special. We have made so many lifelong friends and proudly served our passion to St. Louis. But sadly, it is time to say goodbye to Franco.

I cannot possibly show enough gratitude to all the people that have made this restaurant hum for this long. Executive Chef Jon Dreja and GM Alex Adank, in particular, have manned the helm for years and sacrificed so much to make this work. The servers, cooks, dish crew, bus boys, bartenders and more have helped create an identity and home for us. Our loyal guests let us into their lives and became true friends. Sharing our passions with theirs, this restaurant became more than just a place to dine.

We are not gone from the St. Louis restaurant world and you will know where to find us, but it is not the same. We will miss you and the intimacy we fostered here. Please come and say goodbye this last week. From the bottom of my heart, thank you.

We got a chance to talk to Franco’s owner, Tom Schmidt, who says that the decision had been coming for some time.

“Really, there are a thousand little decisions we made that went into the decision to close Franco," he says. "Some were set in motion a few years ago, but we didn’t even realize it at the time that we were starting to go down that path.”

However, Schmidt sees the closure as a natural progression of the business. “Restaurants have a life span. I think our guests and friends loved it, and that didn’t waver, but people may love it and talk about it, but they haven’t come back for five years. But that’s just part of the business. That’s just what happens."

The recent shift to more casual dining was one factor, he says. "Food is fashion, and what’s in fashion right now is something much more casual.”

Schmidt is tight-lipped about his plans for Salt + Smoke, though he hints that the barbecue restaurant’s stock is on the rise. “Salt + Smoke’s trajectory is really steep right now. There are so many cool things we are doing. I can’t say anything specifically right now, but we are growing inside and out.”

He adds, “I don’t want to say that we were forsaking one for the other. I always saw them as really independent.”

Schmidt hopes that this week will provide loyal guests and friends of the restaurant a chance to come in for a proper goodbye. “The outpouring of support has been incredible,” he notes. “I’m hearing from people I haven’t heard from in years. We want to give them the classic sendoff.”

If you see Schmidt at the restaurant, expect mixed emotions. “I’m very sad. It’s hard but at the same time I am really proud of the ten years we had.”