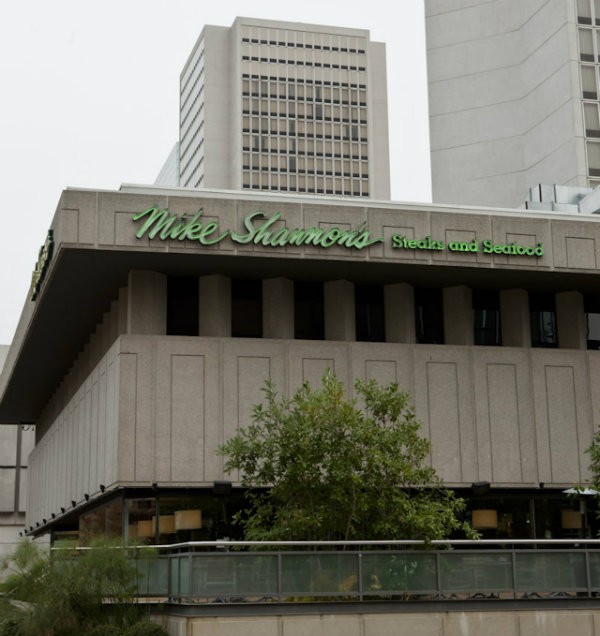 That's according to a press release from the Shannon family, which noted that the landmark restaurant's two spinoffs — a more casual concept in Edwardsville called Mike Shannon's Grill and an outpost at Lambert airport — will both stay open. The family also indicated that it will work to franchise the Mike Shannon's Grill concept.

"Mike Shannon's Steaks and Seafood has been privileged to be a part of so many special life occasions," the press release noted. "We are honored to have supported the amazing Downtown St. Louis community and to have developed national appreciation for our restaurant."

Indeed, both a revamp of the downtown steakhouse and the opening of the Edwardsville concept drew praise from the RFT's critics, with the atmosphere outpacing the food when it came to kudos. The RFT's Ian Froeb called the renovation "a contact high, a brush with St. Louis history." While acknowledging that the menu offered no surprises, Froeb wrote,

The main dining room is sensational. The high ceilings allow space for both elegant touches — mahogany trim, a fireplace, open wine racks — and an impressive, though not cluttered, display of photographs, jerseys, bats and balls. I was especially entranced by the collection of autographed baseballs arranged behind glass in columns that, from a distance, look like colossal flutes of bubbling Champagne. Even those who don't care about baseball might sprain their necks taking it all in.

You could blame a glut of restaurants downtown — both Ballpark Village and the MX have brought some new eateries to an area that, outside game day, seldom seems packed with people in the evenings. But we have to wonder if there's another trend at play here. After all, both Joe Buck's Restaurant downtown, as well as its sister restaurant in Clayton, J. Buck's, closed their doors at the end of October. Perhaps, as society has grown more food-conscious, if you're going to demand a higher price point, you need more than a name of a sports figure, no matter how beloved.

On the other hand, we hear Mickey Mantle's is still thriving on Central Park South, so who knows, really?