Justin Bruegenhemke Is Officially King of the (Sandwich) Hill

When we first caught up with Justin Bruegenhemke in September, he was 100 sandwiches into his goal of eating through the sandwich menus at all nine delicatessens and sandwich shops on The Hill. This past Saturday, January 16, at approximately 11:22 a.m. Central Standard Time, Bruegenhemke officially completed his Hill Topper project with the consumption of the Hogfather sandwich (hot salami, bacon and hot coppa on garlic cheese bread) at Gioia's Deli.

See also: Justin Bruegenhemke Is Eating Every Single Sandwich on the Hill

Joined by family and friends for the momentous occasion, Bruegenhemke saved the Hogfather for No. 158 because it wasn't on the restaurant's menu, or even its Secret Menu, when the project began. By ordering a secret sandwich that still isn't listed on Gioia's "Secret" menu, Bruegenhemke is reaching Inception-like depths of sandwich subconscious. 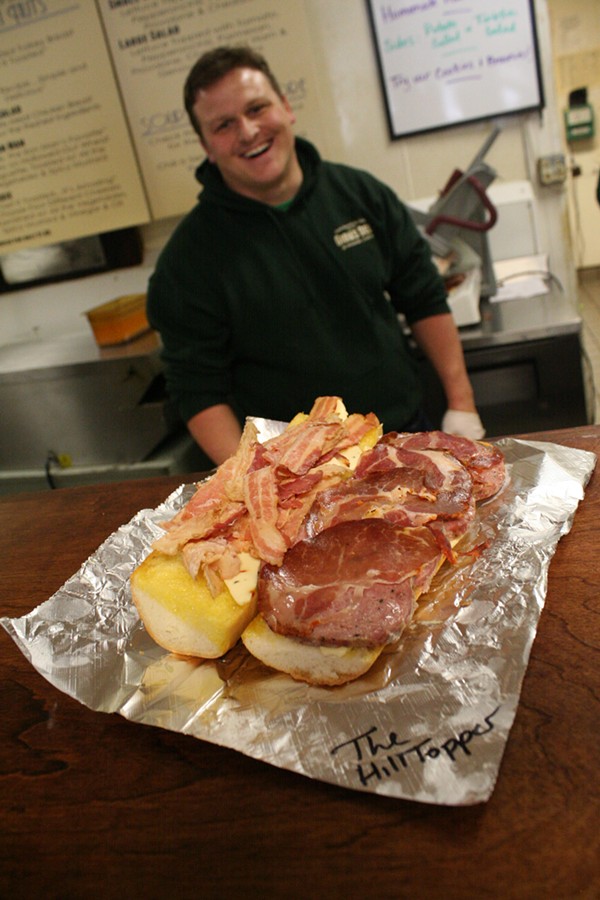 So, with 158 sandwiches down the hatch, what did he learn? "To try new things," says Bruegenhemke. "Some of the vegetarian sandwiches I never would have ordered in a million years were very good." 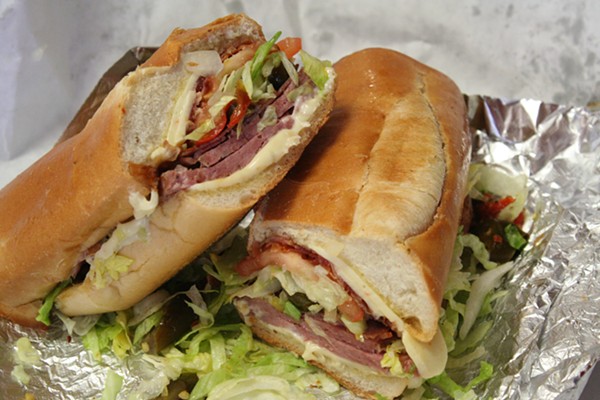 And which sandwich does the King of the (Sandwich) Hill think is the best? Bruegenhemke crowned the Hot Salami & Roast Beef sandwich at Gioia's the best sandwich on The Hill. The sandwich was Brugenhemke's favorite before the project began and, 158 sandwiches later, it's still his favorite.

Gioia's owner Alex Donley was surprised to hear this, however, because Brugenhemke has his own sandwich on the secret menu. The "Hill Topper" is made of capicola, hot salami, hot beef, spicy giardiniera and your choice of cheese on toasted garlic bread. Perhaps it seemed pretentious to name his own sandwich the best.

Nevertheless, Donley was happy to be named Best Sandwich in Show. "That is an honor," says Donley, "just to be the favorite on the Hill,

Bruegenhemke says he has no plans to take a break from sandwiches. He's looking forward to soon having a sandwich at Union Loafers, the popular, newish sandwich shop in Botanical Heights.

And there may be other eating challenges ahead. It's only an idea at this point, but Bruegenhemke says, "There's talk of Mai Lee's entire menu, but that'll take a decade."

Our advice? Enjoy this accomplishment, take the family to Disney World and enjoy the offseason before tackling Mai Lee. Maybe kick back with a nice Hot Salmi & Roast Beef.

Editor's note: A previous version of this post incorrectly listed one of Bruegenhemke's favorite places in the Hill. He loves Gioia's, Adriana's and Eovaldi's. We regret the error.