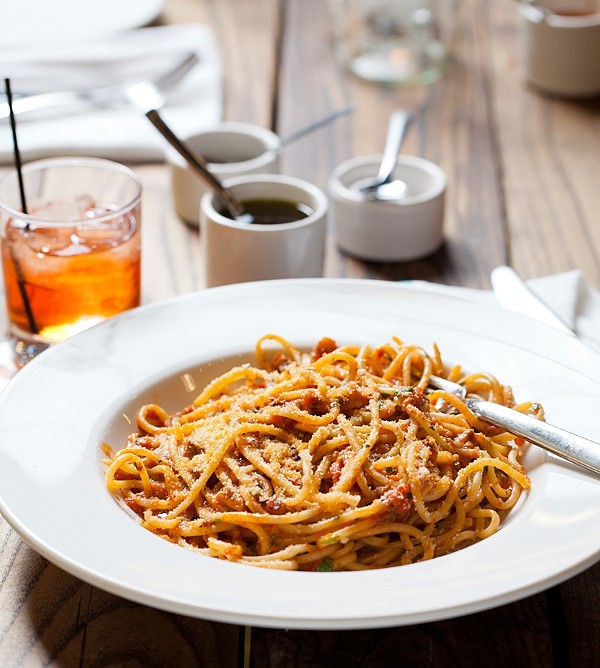 In October, Uber delivered kittens to your office for National Cat Day.

Tomorrow, the ridesharing company plans to drop off the only thing that could be more enjoyable than an adorable little kitty —- a bowl of pasta from Gerard Craft's much-anticipated new downtown eatery, Porano Pasta.

The new fast-casual spot from the newly minted James Beard Award winner is expected to open later this month.

The pasta deliveries will be available with just a few taps of the Uber app on your smartphone from 11 a.m. to 1 p.m. And get this: We're told that Chef Craft himself with be delivering some orders.

According to the press release, Craft explained the plan this way:


I’ve been a big proponent of Uber coming to St. Louis so we’re so excited to give riders a first taste of Porano Pasta that will be opening downtown in the coming weeks. I think we’re both looking to fill a void in our respective marketplaces. There’s a hole in fast-casual food, especially that’s healthy, honest, and transparent. There was also a great need in our city’s transportation options for a rideshare platform like Uber. Easy, fast transportation with delicious, fast food for a one day surprise? Everyone wins!

Man, we know we shouldn't fall for this kind of blatant pandering when Uber and the Taxi Commission are locked in the midst of a heated legal battle, but seriously: when did your cabbie ever bring anything this delicious?