Lucky Buddha's Future Uncertain in the Wake of Temporary Closure 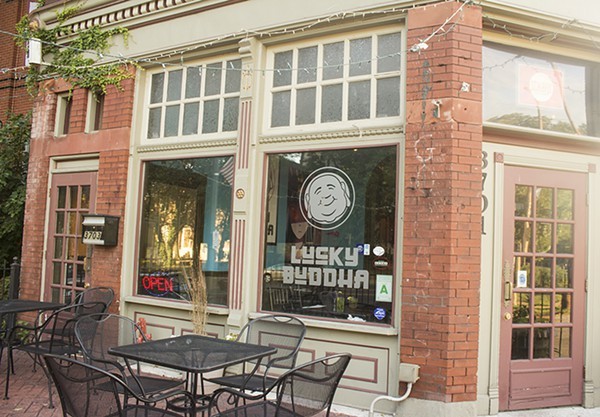 According to its Facebook page, the Asian fusion and craft cocktail spot closed around December 27th "for the Christmas holidays." Yet more than a week into the new year, it remains shuttered, drawing speculation about its future.

An unnamed spokesperson for the restaurant insists the closure is temporary, citing a death in the family. However, even when pressed, he would not confirm a date for when the restaurant would reopen, stating only, "We'll let you know."

Lucky Buddha opened in February 2015 as a joint venture between chef Rene Cruz and restaurateur Kirk Apazeller, who first worked together at the Eastern European-inflected Red on Washington Avenue. Cruz, who some credit as being one of the first in town to tinker with molecular gastronomy, developed an eclectic menu of Far Eastern dishes for the spot, while Keyan Still of Planter's House consulted on a cocktail program that fused Asian flavors with classic cocktail mainstays. The restaurant opened to mostly positive reviews.

Cruz, however, severed his partnership with the restaurant "several months ago," first stepping down from his executive chef position and transitioning into a consulting role, then eventually walking away altogether. He would not speculate on the restaurant's future, stating only, "I've heard they are closed, but then again I've heard they are trying to stay open."

We will update this story as more information becomes available.