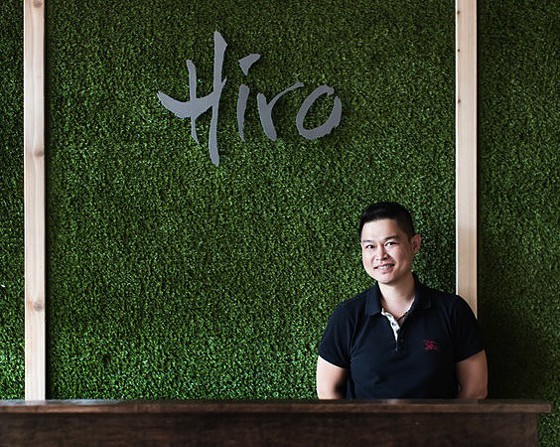 Three years ago, Bernie Lee of Hiro Asian Kitchen (1405 Washington Avenue, 314-241-4476) was getting ready to open his first restaurant venture, a Malaysian-influenced place unlike anything St. Louis had ever seen. He doubted himself until his mom gave him some pointed advice: Show them what you can do.

Now, spurred on by the success of his almost-three-year-old spot, Lee is giving that same guidance to aspiring restaurateurs. And it's not just words. Over the course of 2015, Lee has transformed Hiro from a restaurant to a test kitchen for up-and-comers through pop-up dinners and menu takeovers.

"Malou [Perez-Nievera] was the first person we invited to do a dinner," Lee explains. "She was a guest at a pop-up dinner did at Hammer & Hand Imports. We got to talking and exchanged numbers. She told me that having a restaurant of her own was a dream of hers, but that her only experience was cooking out of her house for friends. I told her, 'Why don't you do a Filipino night at Hiro sometime so you can see what it takes to work in a professional kitchen?' That way, she could see what it would be like to run her own restaurant."

For Lee, it goes both ways. He's using his position as a successful restaurant owner to help others realize their dreams — or, for others, to give them a reality check. "So many people think that just because they know how to cook they should open a restaurant," says Lee. "They don't understand everything that goes into it. So I let them come in and basically run the kitchen for the night so they can really get a feel for it. It's like a testing ground."

Lee decides who to make offers to based on personal relationships. He's tasted the food of everyone he invites, but he insists culinary expertise is secondary to something much more important. "We all have different backgrounds, but everyone I work with is sincere, loves what they do, is curious about other cultures, wants to learn from others and is committed to teamwork," he says. "A lot of people ask me how I do this. I tell them that I just follow my gut and take people who I feel like I have a connection with."

One of those people is Leon Augustus Braxton, Jr., also known as Miss Leon. Lee got to know Braxton when she was running Miss Leon's soul food restaurant out of the now-shuttered Bomber's Hideaway and wanted to help when he heard of the restaurant's unexpected closure.

"Leon had put her heart and soul into the place, and they closed it without any notice. I was heartbroken for her," recalls Lee. At first, he simply offered Braxton a job at Hiro until she could find another spot for the restaurant, but their relationship developed into more of a partnership. "We do Miss Leon's soul food every Thursday in addition to fried chicken Sundays," Lee says. "We still have the Hiro menu available, so this is something extra we offer."

Lee has a whole host of plans for 2016, such as regular Filipino pop-ups (including a monthly traditional Kamayan feast) and a series of dinners with acclaimed Japanese chef Naomi Hamamura ("We're flying in Wagyu beef and conch from Japan," Lee notes excitedly). He'd also like to find someone who can showcase Korean food.

"Our restaurant is a little crazy," Lee laughs. "People are always like, "What's going on here?" but it's less of a playground and more of a big family. Everyone is learning from each other and having fun."