At Clementine's Creamery, the stylish ice cream shop that opened earlier this year in Lafayette Square, you can get a number of flavors that might befuddle an ice cream traditionalist: southern sweet corn, manchego with truffles and honey, strawberry with balsamic and white pepper.


But only at Seoul Q, the Korean barbecue hotspot in the Delmar Loop, can you get the newest flavor from Clementine's, one that sounds so bizarre it'll make you forget everything you thought you knew about sweets.

David Choi, the owner of Seoul Q, knows the idea sounds bizarre. "When we first came up with it, we wanted a flavor that we knew no one else has," he says. "Surprisingly enough, it came out very tasty."

He's actually right about that. Served in a dish with sesame seed crackers and fresh mint, then drizzled with spicy honey, the ice cream works on several levels. First you taste the sweetness, then the heat of the honey — and only then, after you're already hooked, do you get the intriguing notes of sour funk. It's quite a complex dessert. 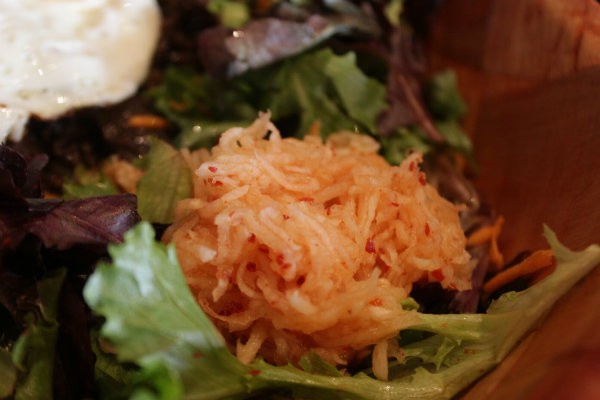 Odd as it sounds, Choi says there's reason it works. "Kimchi can go a lot of different ways," he notes. "But the neat thing is, especially at Seoul Q, if you leave it on a hot grill, it starts to carmelize, and the sweet notes pop up." The hot honey, he says, then balances it out. "It does work!" he says, triumphantly.

Tamara Keefe, the owner of Clementine's, developed the ice cream for Choi using actual kimchi, not just flavors that evoke its essence. It was "incredibly hard," she admits. "Understanding where it is in the fermentation process is key — otherwise you end up with a not-so-good result."

Keefe also made Seoul Q one of her patented "naughty" offerings — soju melon, a riff on the Korean ethanol-based liquor. Both will also be available at Seoul Taco, Seoul Q's more casual cousin, once the weather gets warmer, and at both restaurants, Choi also plans to offer Clementine's salted caramel for less adventurous dessert eaters.

But Choi and Keefe are hoping people will be lured by the adventurous new concoction.

"If you're a traditional cookies and cream kind of person, you definitely won't be into this," Choi warns. "But it's tasty. People who love kimchi will love it." 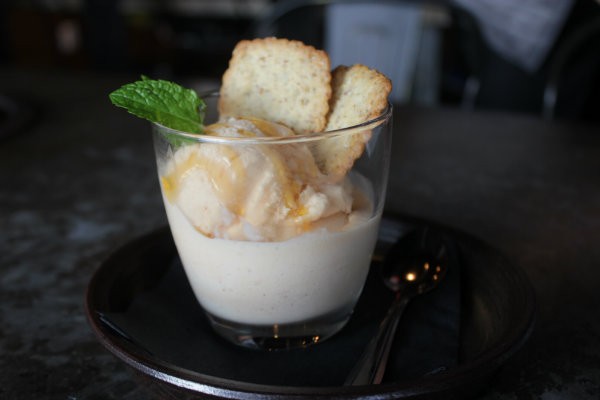