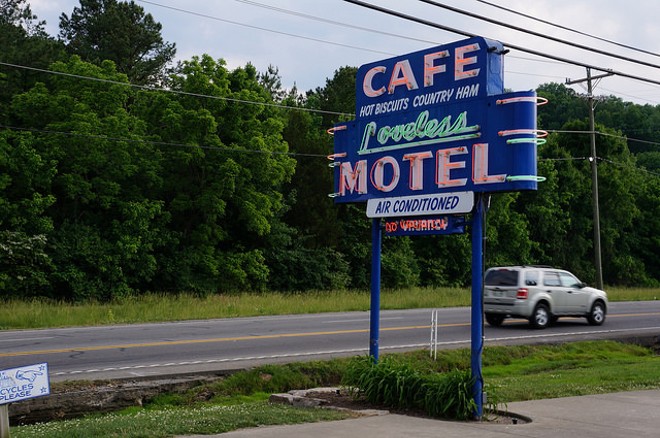 “It’s no surprise that Nashville has been on our radar for a while,” Chef Craft says in a press release. “It’s a city that shares a lot of the same values as St. Louis.” If that’s the case, maybe a few Nashville restaurants should consider expanding to St. Louis.

Here are five Nashville restaurants we desperately want for The Lou.

5. Loveless Café
This eatery has served country cookin’ to hungry travelers just off the scenic Natchez Trace Parkway since 1951. Loveless might be America’s most recognized diner — and its fluffy biscuit recipe is one of the most sought after secrets in the South.

St. Louis has a respectable lineup of diners, but nothing quite like Loveless. We have historic spots for greasy breakfasts, old- school flatburgers and late night slingers, but we lack a destination diner known for Southern biscuits, red-eye gravy and country ham. And while duplicating an original is always tough stuff, if any city has the character to pull of a second installment of Loveless Café, it’s St. Louis.

4. AVO
The shipping container-housed AVO is one of the trendier places in Nashville right now. Most of AVO’s vegan-friendly menu is prepared at or below 180 degrees in an effort to preserve the enzymes, vitamins and nutrients of the locally-grown vegetables.

Vegan and vegetarian options in St. Louis have sprouted like wheatgrass over the last few years, with plant-centric dishes offered at restaurants such as Revel Kitchen, Tree House, Lulu’s Local Eatery and Seedz. Avo stands out from the meatless crowd by offering vegetable-focused cocktails such as the frozen Rum PumPum made from rum, Averna, pumpkin puree and lime. The storage container set-up is also a practical, modern alternative to the food truck. We'd love to see one come to St. Louis. 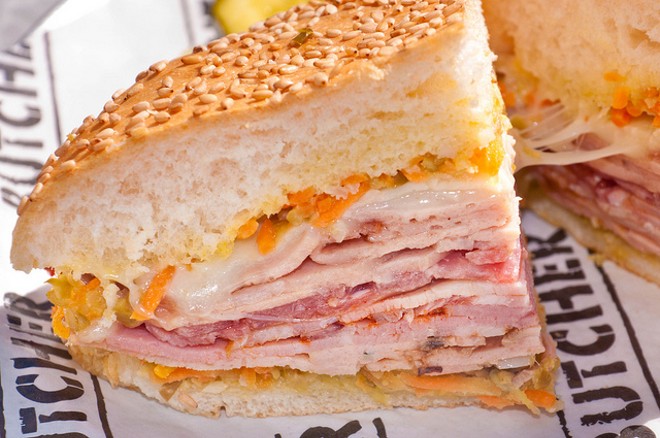 3. Cochon Butcher
Follow us on this one. Cochon Restaurant is one of the most acclaimed restaurants in New Orleans. Cochon Butcher is the restaurant’s sandwich shop and charcuterie outlet. Cochon Butcher’s only other location than the Crescent City is in Nashville. Clearly, they're open to expansion, and that expansion has a northern trajectory — so why not St. Louis next?

St. Louis isn’t lacking in sandwich shops and the artisan meat scene has grown recently, but can you ever have too many good places to go for a sandwich? Plus, how great would it be to pick up freshly made lamb merguez sausage, house cured spicy fennel salami or andouille sausages on the way home from work?

Turn the the page for two more Nashville classics we'd like to see here.


2. Homestead Manor
A 50-acre farm on the outskirts of Nashville, Homestead features farm-to-fork dining in a picturesque setting. The on-site restaurant opened earlier this year featuring seasonal Italian dishes with products grown on the property and nearby farms.

Many St. Louis restaurants put an emphasis on utilizing local, organic products; a few even grow their own produce. We do not, however, have a nearby farm featuring a restaurant of this caliber where freshly harvested ingredients are the heart of each meal.

And the Nashville restaurant we'd most want to see reincarnated in St. Louis .... 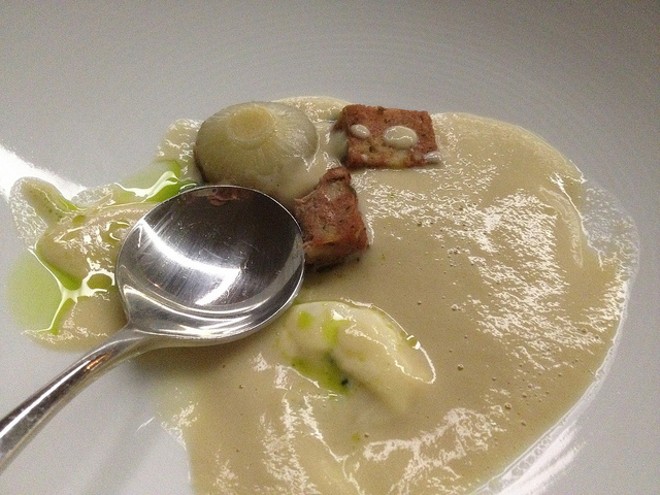 1. The Catbird Seat
This is the kind of restaurant that defines a city’s food scene. Since opening in 2011, the restaurant has garnered national recognition as one of the most innovative restaurants outside fine dining centers such as New York and Chicago.

Known for its seating as much as menu, The Catbird Seat offers a chef table's experience for 32 dinner guests surrounding the small kitchen. The multi-course menu changes nightly for those lucky enough to score some of Music City’s most prized tickets.

It was announced in September that Executive Chef Trevor Moran is returning to NOMA, the acclaimed Nordic restaurant in Copenhagen. When your chef leaves for a second stint at what is often considered the world’s best restaurant, you have something special.

It's impossible to replicate a restaurant like this, but we if we had the opportunity to move The Catbird Seat to St. Louis, brick by brick and bite by bite, we would do so in a heartbeat.

And hey, if our best chef can go colonize Nashville, why can't Nashville's top chef come here? Our doors are open and our bellies are hungry — there's no reason this cultural exchange has to be a one-way street.