Mama Josephine's Reopens Thanks to the Generosity of Its Shaw Neighbors 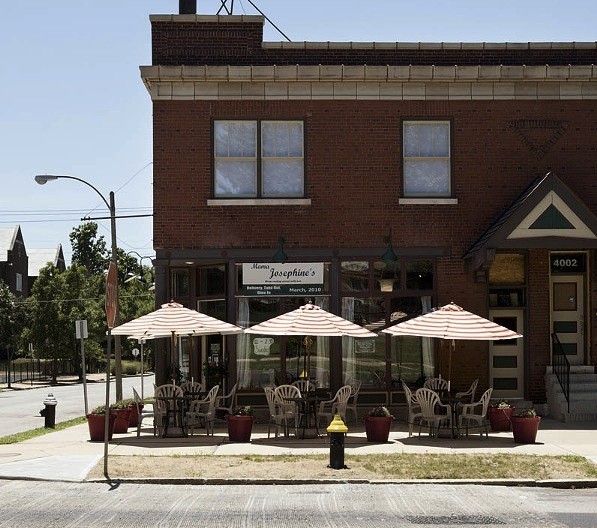 When Mary Samuelson walked into her kitchen at Mama Josephine's this past August and noticed the refrigerator was out, she panicked. When the repairman told her it was broken beyond repair, she cried.

"I cried all day," Samuelson says. "I thought it was the end. All I could think was, 'What are my employees going to do?' It was such a nightmare."

In a fog, Samuelson put a note on her front door telling her customers that the restaurant would be closed indefinitely. That's when the calls started coming in. "One of the neighbors called and said that I should start a GoFundMe campaign," she explains. "I didn't really know what that was, so I said OK. She called back a few minutes later and said 'Oh, someone actually started one for you already — and so far you've raised $1,000.'"

Samuelson shouldn't be surprised that the neighborhood rallied in her time of need. Since opening in Shaw in the spring of 2010, the comfort food spot has amassed a loyal following by offering just-like-home-cooked meals. When news of the restaurant's closure spread, she received frantic phone calls. "People told me I had to reopen because they didn't know where else they could get their chicken and dumplings fix," laughs Samuelson.

She adds, "I had people offering me refrigerators, but I couldn't use them because my kitchen is too small. And I have to thank Max [Crask] at Ices Plain & Fancy down the street. He found me a great price on a new refrigerator and put notice of our fundraiser on his front door. He's such an asset to the community."

It took three and a half weeks for Mama Josephine's new refrigerator to get delivered and installed. Samuelson took the time off as an opportunity to give the restaurant a slight facelift. "We didn't change anything about the menu, but we painted, stripped the floors, changed the decor — just freshened things up a bit," she says.

The restaurant reopened September 21, and Samuelson reports that business is good. "Except that the city decided to tear up the street in front of the restaurant the day we opened," she laughs. "I thought, 'Couldn't they have done this three weeks earlier?' but I get it. They have their timelines."

Not that things like a bulldozer parked in front of the restaurant's door or a broken refrigerator will keep loyal patrons from supporting Samuelson. "I've been amazed at how much the neighborhood jumped in and said 'We miss you,'" she says. "I already loved this neighborhood, but this just cemented the fact that I am exactly where I am supposed to be."

We welcome tips and feedback. Please email the author at cheryl.baehr@riverfronttimes.com.