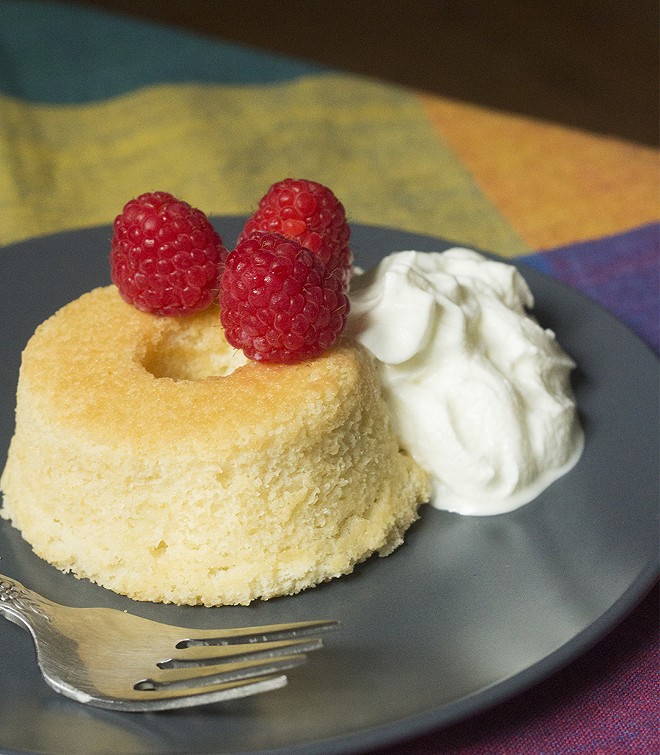 Jessie-Pearl Hairston sold her first pound cake when she was thirteen years old, baking cakes inspired by the way her grandma made them. Now nearly 68, the self-proclaimed CEO of Sugar and Butter for Jessie-Pearl's Poundcakes Etc. intends to provide customers with nostalgic bliss in every bite of her retro-style treats.

"The old-fashioned way of doing things appeals to me. Maybe it's just in my head, but things were so much more flavorful back then," she says. "My grandmother would put a bowl in the crook of her arm and whip it 350 strokes to produce a pound cake so good that it would make a bulldog break its chain. They'd be so wonderful tasting and just melt in your mouth."

The retired ordained minister, who once worked as a cake decorator for a grocery-store chain, started her poundcake business in 2008 after encouragement from friends and family. After taking a break from vending at farmers' markets in 2011 due to debilitating health issues, Hairston made a comeback to her passion in early 2015 with continued support from her daughter, Yaunah, and grandson, Seth.

For Hairston, who lives in the city's Shaw neighborhood and bases her business out of a shared kitchen at Saint Louis University's Salus Center, baking serves as a form of therapy.

"I had gotten to where I couldn't walk without the aid of a cane. My fingers were stiff and wouldn't work so I just stopped, but I never quit. I just put it on a back burner and bypassed the emotions and negative voices in my head. I bit the bullet, as they say, and will do this until I die," she says. "Success to me doesn't mean that you're rolling in dough. Success to me is when you overcome every challenge, persevere and say you're gonna do something."

Even after breaking her wrist in May, the intrepid baker continues to hone her craft.

"I didn't know it was broken because I'm such a tough cookie. I just kept baking," she says with a laugh, pointing out that her doctor ordered two pound cakes whenever she finally came around to getting checked out. "The way I was raised, you don't gripe and complain and fall apart like a $2 suitcase. You just get up, dust your butt off and just keep on trucking because there are people worse off than you." 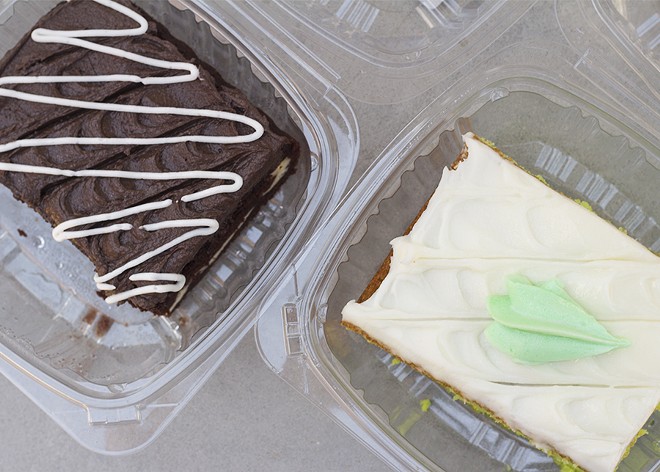 At Hairston's vibrant displays, visitors will find everything from butter-bomb cookies and cobblers to cakes in varying shapes, sizes and flavors. The best seller is her namesake poundcake, a product perfected after more than 50 years of kitchen experiments. The versatile dessert features a fine, velvety crumb fine enough to feed kings and queens yet homestyle enough for a greasy-spoon diner. Hairston attributes the quality to consistent measurement and execution, such as carefully sifting and creaming ingredients.

"The style of desserts I offer are mixed with love. I have never baked with a bad attitude, and I believe that's what's coming through in my baked goods," she says. "I've been told that I'm a culinary crack dealer."

Flavoring options for Hairston' rich yet delicate pound cakes include vanilla made with her own extract, sour cream, cream cheese, lemon, double chocolate, triple chocolate, banana, pumpkin, pineapple and coconut. Sizes range from three to ten-inch cakes made in varying pans from standard loaves and rounds to unique antiques such as miniature angel-food shapes. 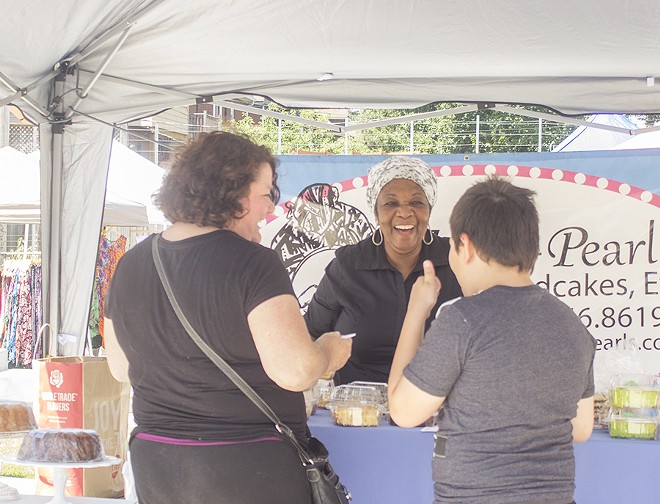 "I didn't want to leave the earth without reviving the beauty of scratch baking," Hairston says. "I want people to take a bite and experience something whether it's a memory of a family picnic or how you remember grandma. It takes you back — it's a return to taste."

Hidden Gem is our love letter to restaurants, shops, bakeries and bars that lie off the beaten path. These places soldier on in relative anonymity, beloved by their regulars, but largely overlooked by the greater populace. Hidden Gem will attempt to rectify these terrible oversights. Have a Hidden Gem of your own to share? Tell us in the comments.