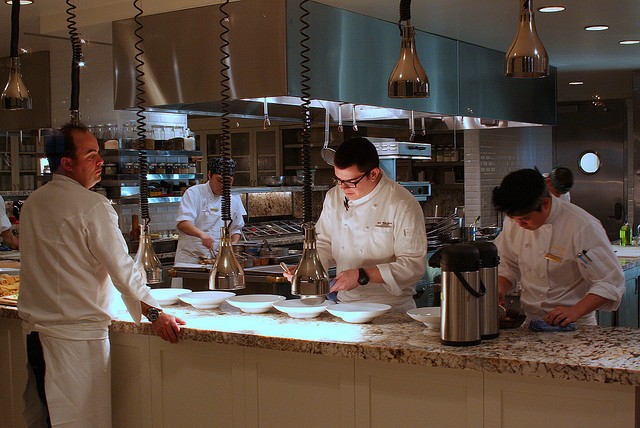 Kakao’s Brian Pelletier has been proudly paying his employees well above minimum wage since he opened his business seven years ago. He thinks it’s an important aspect of employee retention. He also supports a statewide minimum-wage increase.

And he thinks the vote by the St. Louis Board of Aldermen on Friday got it wrong.

“It’s an important thing to do, but the problem is that the increase is just for the city,” Pelletier explains. “It’s shortsighted in the context of what it means for the city. It needs to be regional, statewide, at the federal level. If it’s just the city, businesses can just move across the street to the county.”

Pelleiter is not alone in his assessment. Following the board of aldermen’s vote to increase the minimum wage on last Friday, many city-based restaurateurs, bar owners, brewers and bakers took to social media to voice their concerns about the increase, which will incrementally raise the city’s minimum wage from the current rate of $7.65 an hour to $11 an hour by January 1, 2018. Mayor Francis Slay signed the new law shortly after the vote, although legal challenges are expected.

“If this was for the county or the whole state, that would be one thing,” says Pat Rutherford, owner of Dogtown’s Sugaree Bakery. “But what’s going to happen? People are going to go across the street to Maplewood.”

Restaurant owners are not the only ones who have voiced concerns about the city going it alone on raising the minimum wage. In an op-ed that ran in the St. Louis American last Thursday, 21st Ward Alderman and activist Antonio French echoed the words of Pelletier and Rutherford, citing unemployment — not low wages — as the major source of economic distress in the city of St. Louis. The increase, French argues, will incentivize businesses to migrate to the county.

Mayor Slay and Kansas City mayor Sly James have called for action on a statewide increase. Voters may get a chance to decide if they join them; Missouri's secretary of state has approved for circulation three statewide initiative petitions that would increase the minimum wage statewide.

But it's not just the city versus county argument that is fueling the debate among the small businesses who stand to be affected by the increase. Many entrepreneurs feel angry — even betrayed. "The city is so quick to throw all sorts of money at the football team or give tax incentives to big business to relocate here," Pelletier notes. "Yet I've been here for seven years. I've worked hard to bring jobs into the neighborhood. In that seven years, the city hasn't said boo to me except to tell me that I'm not paying my employees enough. That's frustrating."

Jake Hafner, owner of the Civil Life Brewing Company, shares Pellitier's frustration. "All of us jumped through many city hall hoops to open in this city we love. Sometimes we wish city hall understood how vital we are to its revival."

Lower-paid employees will not be the only ones seeing a wage increase, many predict. Workers who are already making above minimum wage — for example, higher-skilled workers or those with seniority — will need to have their salaries bumped up to alleviate any sense of unfairness. Chad Taylor, owner of the Jerk Shack at the Venice Cafe, explains, "l pay three cooks and an order-taker/food runner $10 an hour and they all split tips. It's not a bad gig. But when I have to pay a sixteen-year-old $11 an hour to wash dishes — which he would deserve — it's a hard job — how much is a good, solid cook going to cost me? Fourteen or fifteen dollars an hour? Are they worth it? Absolutely. Can I afford it? Absolutely not."

The result for customers? Higher prices or less options for city-based businesses, many contend.

"Food costs are crazy right now," Rutherford explains. "Beef has gone through the roof, eggs have skyrocketed, butter keeps going up and up. We're making less and less money on the same product. I feel bad for everybody. I don't know how the little guy is going to make it."