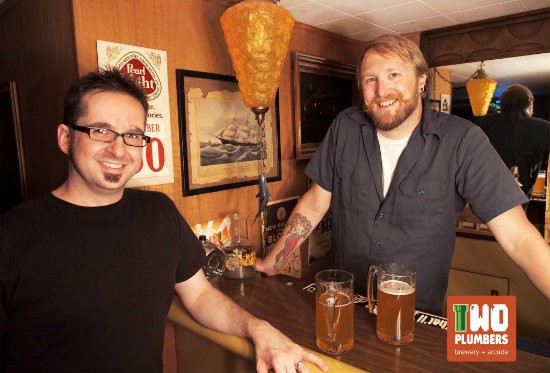 Robert Schowengerdt and John Simon are in the midst of a $25,000 Kickstarter campaign to open Two Plumbers brewery + arcade in St. Charles. According to their video, one is an animator by trade and the other a microbiologist. They share, however, a passion for craft beer and video games. The name is a play on Mario and Luigi. 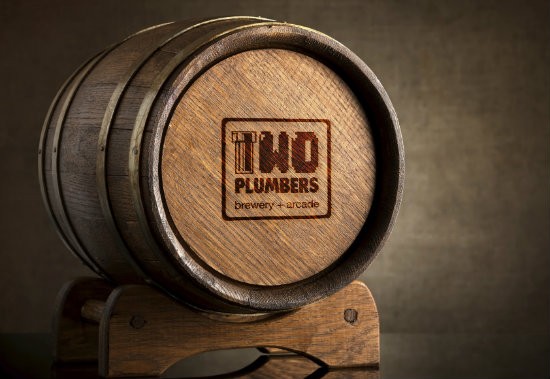 We asked Schowengerdt a few questions about the fundraising campaign and their vision for Two Plumbers.

Do you have a location picked out for Two Plumbers? We haven't chosen a location yet. We have a few spaces in mind, but felt it would be better to see how the Kickstarter goes before we sign a lease somewhere. We are looking for around 3,000 square feet and want to stay in the older parts of St. Charles.

What are your favorite video games? I could go on for days answering that question. I'll stick to arcade games, X-men, Double Dragon, Alien Vs. Predator. John and I are both big fans of the side scroll beat 'em up games but I can play Japanese shooters like Ikaruga for hours.

Will the arcade games predominantly be from a particular system or era? We are taking a no-holds-barred attitude with game selection. There are so many good titles out there that we don't want to limit ourselves. Really anything fun to play, including pinball and a few Japanese arcade games. There are some killer Japanese titles that most Americans have never played.

How long have you been brewing? John has been home brewing for a little over 8 years and interned at Square One and Six Row. Square One featured his smoked amber recipe on tap and at festivals.

What kinds of beer do you plan to brew? Just like our arcade selection we don't want to limit ourselves to a few styles. We plan to brew with the seasons and whatever sounds interesting. John is a creative guy and he's always trying out new recipes just to see if they will work. That said, sometimes you just want a beer you know is good so we plan to always have our house specialties, a honey blonde and a brown ale, on tap.

Will you sell other things or only your own stuff? We will have guest taps dedicated to other breweries. We like to try other breweries beer just as much as anyone else.

Do you plan to have snacks/food as well? This may surprise people but we have no plans to serve food. We will encourage people to bring in their own food and order from local restaurants, just like iTAP and Exit 6.

What St. Louis breweries do you particularly like or want to emulate? So many good places to choose from but Square One, Four Hands, Civil Life and Ferguson have been big inspirations. We have watched them grow and chase their dreams, now its time to see what we can accomplish.

Just as some people claim their kickball prowess improves as they drink, do you get better at video games as you drink? I think it's like bowling, a few beers loosen you up but too many and you won't stay on target. Maybe drink only a few of our beers if you are going for a world record high score.

We bet you will have an awesome Halloween party. Can we come? Oh yeah, we are huge fans of Halloween. I'm always making movie costumes and prop replicas and John actually got married on Halloween. Its safe to say we will have a heck of a party and everyone is invited.

You can support their Kickstarter effort here.