Missouri native Mark Twain famously said, "Too much of anything is bad, but too much good whiskey is barely enough." He surely would have trembled at the dreaded phrase "bourbon shortage."

Both the Wall Street Journal and Time have reported on a "bourbon shortage" within the past year — serious reports echoed by numerous clickbait-y versions of the same story. Responding to claims the bourbon shortage is just industry hype, Business Insider defended its stance with an article titled "The Bourbon Shortage Is 'Very Real,' and It's Coming for the Good Stuff."

It turns out, there really is no such thing. With large distilleries making as much whiskey as ever and new micro-distilleries opening all the time, we may be heading toward "too much good whiskey" — provided, that is, we have ample barrels for aging it.

"As far as a bourbon shortage, it's just not true," says Ted Kilgore, co-owner of Planter's House and St. Louis' expert on all things booze-related. "There's more juice on the market now than ever before. The amount of barrels produced is the real problem."

So why exactly do barrels matter — and why aren't there enough of them? 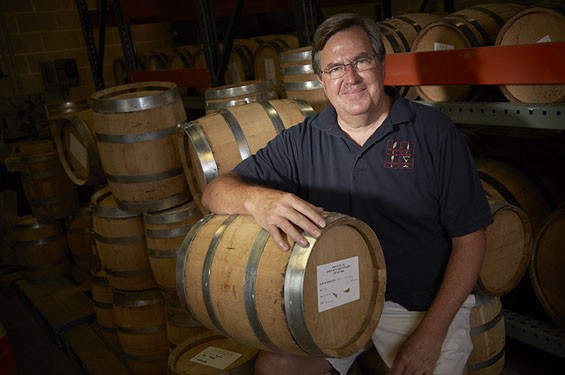 The first distillers, in an effort to make a crop of grain more portable and long-lasting, quickly discovered that wooden barrels did more than just store the highly concentrated (and thus compact) booze that they made from corn, wheat, rye or barley. Barrels changed it in some wonderful ways.

Unaged white whiskey is rough and hot. Put that same juice in a charred new American white oak barrel, and taste what happens after it has been allowed to mature there a couple of years or so: In addition to mellowing and coloring the whiskey, that oak imparts beautiful flavors, primarily vanilla and warm spice ones like clove and cinnamon, but also subtle stone fruit and some tropical notes.

The charcoal from the charred oak also acts to filter the whiskey. For bourbon, the process is part of its very DNA: By definition, bourbon is at least 51 percent corn and must spend two years in new American oak. Whether it's bourbon or rye whiskey, or a wheat-based whiskey or a blend, that time spent reposing in oak barrels is what makes it into the magical spirit we love.

And we're loving it more than ever. The demand for brown spirits has grown substantially over the last few years. Steve Neukomm, owner of Square One Brewery and Distillery, reasons that it's part of a general increase in demand for more flavor, which explains everything from the rise of craft breweries to the explosion of the foodie movement. "Vodka was the drink in the '60s, and people were eating a lot of fast food. People weren't going for taste. But now people are getting more discerning and want more flavor," Neukomm says.

The industry wasn't necessarily ready for the increase in demand. And there wasn't much it could do in real time to sate it.

"When it comes to whiskey, people think older is better," Neukomm says. "So people went out and bought older whiskey. You can't go back in time and make more of it to age."

Even so, there's little evidence of a serious shortage of whiskey, though distilleries seem to be less inclined to boast about how old their precious liquid is. Plenty of good bourbon fills liquor-store shelves. A recent piece in Whisky Advocate claims the eight major distilleries currently have no supply problems. Says Patrick "Pops" Garrett, founder of Bourbon & Banter, "There's plenty of bourbon to drink now and will be for the foreseeable future."

But as the number of smaller distilleries grows exponentially, barrels might be a different story. Craft distillers, says Garrett, face the biggest challenge: "Most of the majors have existing contracts that get them first right to the barrels that are being made."

For new St. Louis-area distilleries, that's particularly galling, as much of the white oak used to age whiskey is grown right here in Missouri.

White oak is quite hard, but still pliable, making it the perfect wood for barrel staves. It also happens that American white oak has especially high concentrations of a compound called tylose, which makes the finished barrels watertight. According to the United States Forest Service, Missouri has ideal growing conditions for American white oak, and so trees grown here are prized by both barrel and bourbon makers.

David Weglarz, owner and distiller at Still 630, is proud of his award-winning Missouri whiskeys. "One of the great things about my distillery being in Missouri is that the best oak grows right in our back yard in the Ozarks. We use Missouri oak barrels, and our handmade pot still was also made in Missouri," Weglarz says.

But his barrels are getting more expensive and taking longer to arrive. "The last shipment I got from Independent Stave Company took three months," Weglarz says. Meanwhile, the price has gone up — Weglarz reports that Independent Stave's basic barrel costs at least 25 percent more than it used to.

"Even if you're able to get barrels, the prices are skyrocketing," Weglarz says. One cooperage that used to charge $160 per barrel now charges $275.

Steve Neukomm of Square One complains about these price increases as well. Previously, "$125 a barrel was typical. Barrels in my latest order were over $165, with no notice at all," Neukomm says. 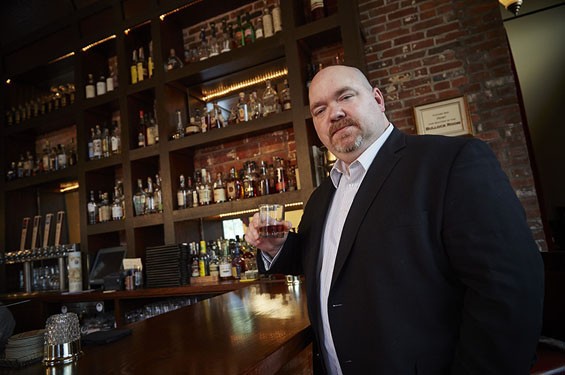 Independent Stave Company is a massive global enterprise out of Lebanon, Missouri. Company materials call it the leading cooperage company in the world: It supplies barrels to Jim Beam, Wild Turkey, Heaven Hill and many others, and it provides a special "craft distiller series."

But new craft distillers are out of luck. According to its online sales page, the company is currently unable to take any new orders.

And they're not the only ones.

McGinnis Wood Products is a family-owned cooperage (employing some 150 people) that's been making white oak barrels in Cuba, Missouri, since 1968. They may be dwarfed in size by the giant Independent Stave Company, but the McGinnis family prides itself on the quality of their oak barrels, calling them "the finest crafted white-oak bourbon barrels in the world." Though it has been reliably supplying many of the smaller distilleries, it may not be able to take on new customers for the foreseeable future.

Last September the company sent out an email to everyone on its mailing list saying they wouldn't be accepting new customers in 2015.

Ralph Haynes at Pinckney Bend Distillery in New Haven says his company is in good shape, barrel-wise. "We use fifteen-gallon barrels from McGinnis, and we currently only fill about ten per month, so there is no shortage for us."

But, Haynes says, Pinckney Bend would be out of luck if it were looking at larger barrels: "Fifty-three-gallon whiskey barrels are another story, and new ones are tough to come by." Oddly, the larger barrels are almost the same price as the smaller ones — which leads some distilleries to go up a size. That was the case for Square One.

"We started with three-gallon barrels, just for service in our restaurant," Neukomm says. But at $110 for a single-use cask, he had to move to larger barrels, especially as Square One increased production. "We started using ten-gallon barrels from Gibbs Brothers in Arkansas," Neukomm recalls.

Then the Gibbs Brothers Cooperage Co. started having trouble getting Missouri oak.

"The small coopers like Gibbs and McGinnis were having trouble getting wood," Neukomm explains, adding that the biggest coopers were buying most of the wood on the market. Now Neukomm primarily uses fifteen-gallon barrels from McGinnis. "The smaller barrels yielded a deeper, richer color, so we use five-gallon barrels for coloring," Neukomm says. He has a monthly allocation with McGinnis now, and things seem to be going smoothly, but it wasn't always that way.

"There was a period of four months when I couldn't get any barrels — I was starting to panic," Neukomm recalls. That was just over a year ago. McGinnis president Don McGinnis confirms that the need for Missouri white oak remains acute. He traces the trouble to the economic downturn in 2008. The decline in the housing market and related factors put sawmills out of business and caused loggers to be laid off.

(The Minneapolis Star-Tribune reported in 2012 that, between slackening demand for paper and the housing market's bust, more than 22,500 logging jobs had been lost in the last decade.)

This coincided with the historically unprecedented rise in the demand for bourbon. "With the growing demand for barrels and then the shortage of loggers, the problem has escalated," McGinnis concludes grimly. 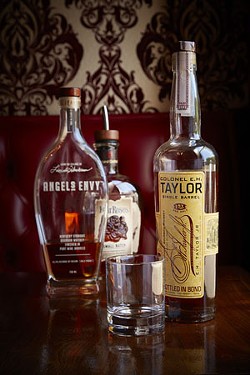 Things seem to be stabilizing, at least for existing distilleries with established connections to the barrelmakers. McGinnis is serving its regular customers, even if it can't take on new ones. And though David Weglarz has to deal with delays and price increases, he too is getting his barrels.

He worries about new distilleries, though. "This is such a tough industry to get started in because all of your operating capital sits in your rickhouse for years before it brings any return. And the whole while, it's literally evaporating! And now the cost of barrels keeps increasing, which directly impacts the amount of whiskey you can afford to put away," Weglarz laments.

Only time will show the true impact. Today's decisions about how much whiskey to make and age have everything to do with how much whiskey will be available to drink several years from now. If the barrelmakers can't get enough wood, there won't be enough barrels to age all that whiskey.

For now, anyway, small Missouri craft distilleries are getting by. If barrel prices don't keep skyrocketing and delays don't keep stretching out, Missouri's hard-working distillers may make a few dollars, and thirsty Missourians may still have access to plenty of good native whiskey. With enough loggers, we could get the oak needed to make enough barrels, and maybe even bring the prices back down. That would be good for everyone.

But if you were thinking about opening up a new craft distillery, now might not be the best time.