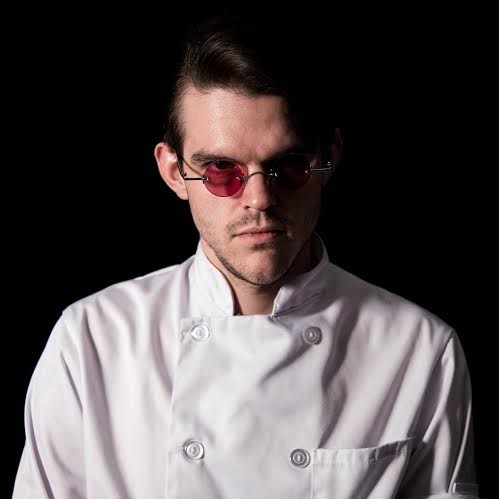 The short answer is Courtesy Diner. That's where Drake, also known as "Dr. Dan the Pancake Man" got started making his signature "Dancakes" — shockingly intricate, edible pancake art that features just about every major pop culture reference one can imagine. Before Courtesy, Dan was an artist, without much direction and in need of a job. "I was the kid in high school who didn't really try that hard because I was bored," he explains. "I would just doodle in the back of the classroom and draw comics." He had no professional cooking experience prior to Courtesy and was placed on the slow shifts because he needed to earn his chops. This resulted in a lot of time on his hands but very few tips. Drake was desperate to make more money, when a coworker told him that making mouse ear shapes on the pancakes usually got people to leave a little extra. His first Dancake was a simple smiley face sent out to a customer who looked like he was having a terrible day. The man left him fifteen dollars.

Drake developed a following at Courtesy and began experimenting with his technique. One night, he did a Super Mario Brothers magic mushroom portrait for his friend, who photographed it and posted it to social media. About seven months later, someone found the picture and posted it to Reddit where it went viral. A writer from Buzzfeed notice it and did a post that was seen by an intern for the Today show. The next thing he knew, Drake was flown to New York to create portraits of Al Roker and Matt Lauer on air.

Drake hasn't looked back. He quit Courtesy and started his own business doing pancakes for parties and on commission. He has big plans for the future of Dancakes, the most immediate being his work with a Chicago-based scientist on developing a special kind of batter that will allow the cakes to be preserved. "It will allow me to do serious, expressive art that will last," Drake says. "I'll just be using a medium that's unlike anything else out there."

Drake took a break from his latest project — a multicolored Pixar retrospective inspired by Inside Out that he is filming, composing music for and posting on his YouTube channel — to share his thoughts on the St. Louis food scene, having coffee with witches and the details of his last meal on earth — surprise, it involves pancakes.

What is one thing people don't know about you that you wish they did? I've got a bad habit of talking too much. I'm not sure I have anything about me that I wish more people knew. People are crazy. I'm crazy.

If you could have any superpower, what would it be? I wanna shoot pancake batter from my eyes. It would make for a fun change of pace at events.

What is the most positive trend in food, wine or cocktails that you've noticed in St. Louis over the past year? I'm an absentminded hermit 90% of the time, and the other 10% is pancakes. It's pretty cool that people hire me for their parties, I guess? That's a cool trend.

Who is your St. Louis food crush? Liz Schuster of Tenacious Eats. She's a badass mofo who don't take no lip from nobody.

Who's the one person to watch right now in the St. Louis dining scene? Whoever hires me for brunch next. Honk honk.

Which ingredient is most representative of your personality? The love, which I put into each and every pancake that I serve. Or the griddle, 'cause I'm so hot.

If someone asked you to describe the current state of St. Louis' culinary climate, what would you say? Not enough Dancakes.

What is your after work hangout? Maeva's Coffee in Alton. It's run by witches, and that's kind of neat.

What's your food or beverage guilty pleasure? I have an obnoxious sweet tooth, so milkshakes. Smoothies are pretty great too. Oh, and cookies. Chocolate. My tongue never stopped being five. Ice cream. Banana chips.

What would be your last meal on earth? Easy. Three scrambled eggs with grilled onions and cheddar cheese, crispy bacon, golden hash browns, lightly buttered wheat toast with strawberry jam, a cool glass of orange juice, a warm cup of black coffee, and a steaming short stack of pancakes. And maybe a cigarette. War never changes.