St. Louis is‚ without a doubt ‚ a beer town, and it has been that way for nearly two centuries.

Though a handful of breweries existed in St. Louis before the influx of Austrian Empire immigrants in the 1830s, it wasn't until then that both St. Louis' economy and cultural identity became inextricably linked to the production (and consumption) of beer.

From the humble brewery opened by John Adam Lemp at 112 South Second Street in 1840 to the multinational behemoth that is today's Anheuser-Busch InBev, St. Louis' brewing history has been dominated by the mass-production of lagers like those the German and Czech immigrants of the mid-19th century brought with them. The light and refreshing (if unremarkable) flavor of these lagers, combined with their versatility in pairing with food, helped them to become the standard for commercially produced American beer.

While there's no foreseeable end to the demand for these straightforward, easy-drinking beers, the craft-beer explosion of the past decade has contributed to an increased interest in small-scale artisanal brewing, and, with it, a desire for more novel, surprising flavors.

To celebrate the innovative spirit of St. Louis-area brewers and the adventurous palates of local craft beer enthusiasts, we've created a list of the ten most unusual offerings from St. Louis brewers.

Traditionalists beware: Some of these beers extend beyond the realm of simply "unusual" into what many would consider "weird" territory ‚ complete with all the negative connotations that follow. But, for those drawn to the new and unexpected, the following is a list of must-try locally produced beers that are either on ‚ or soon to be on ‚ the market.

Halloween-themed pumpkin beers have quickly become an established convention throughout the world of craft beer, but Alpha Brewing is bucking that trend with its upcoming fall seasonal release Wicca Wheat. Rather than the ale yeasts used to ferment the vast majority of both the craft and commercial beers on the market, Wicca Wheat is an imperial sour wheat fermented exclusively using brettanomyces and pediococcus ‚ a pair of bacteria that impart the brew with a funky tartness not usually present in fall seasonal beers.

Likewise eschewing the trend of pumpkin-centric fall beers, Perennial Artisan Ales sticks a bit closer to convention with its fall seasonal, Peace Offering. With a spicy, rich flavor profile not unlike many pumpkin ales, Peace Offering is an American brown ale spiced with cinnamon and cloves, and brewed with maple-roasted Missouri squash. 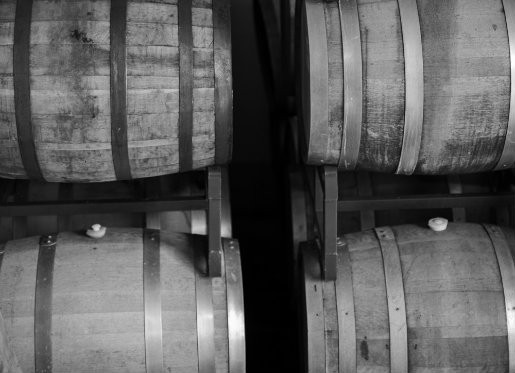 About two hours south of the city at the end of a long stretch of gravel road sits Charleville Vineyard & Microbrewery, a truly tiny brewery. Here brewers have taken advantage of of the winemaking side of the business with the soon-to-come offering, Amelie. While whiskey and red wine barrel-aged beers have become increasingly common, Amelie stands out as a witbier aged in the same barrels used to make Charleville's barrel-fermented Chardonel.

With the ever-increasing popularity of craft beers, even the epitome of homogenous, mass-scale brewing had to get in on the action. In addition to a slew of other brands attempting to appeal to craft beer consumers, AB InBev released Oculto this spring, a beer brewed with blue agave and blended with beer aged on tequila-barrel staves. While Oculto's reception has been lukewarm thus far, one thing's for sure: This is an unusual beer.

If there were an award for "Weirdest St. Louis Brewery," Earthbound Beer would be a shoe-in. The first of Earthbound's upcoming offerings on our list, the Thai Basil IPA sets Pacific Northwest hops against the dark licorice spice of the Thai basil to create a crisp, but complex brew to sip on hot late-summer days.

A pun on the word "gruit," used to describe a beer made without hops, Earthbound's Gru-Wit is, as the name suggests, a witbier-style gruit. Omitting hops in exchange for the bitterness of yarrow ‚ a flowering herb historically used both in cooking and for its medicinal properties but now widely considered a weed ‚ Gru-Wit is also infused with coriander, orange peel, and white sage to create an intensely complex and aromatic beer.

Easily the single strangest beer in our roundup, Earthbound's Toasted Ravioli was created specifically for a yet-to-be-released Vice News segment highlighting St. Louis' quirky culinary traditions. This strange brew is a toasty wheat beer with a Provel cheese tincture ‚ that is, vodka infused with Provel and blended with the beer ‚ to create a flavor profile not unlike the quintessential St. Louis appetizer. According to Earthbound co-owner Rebecca Schranz, "It's not as disturbing as one might think."