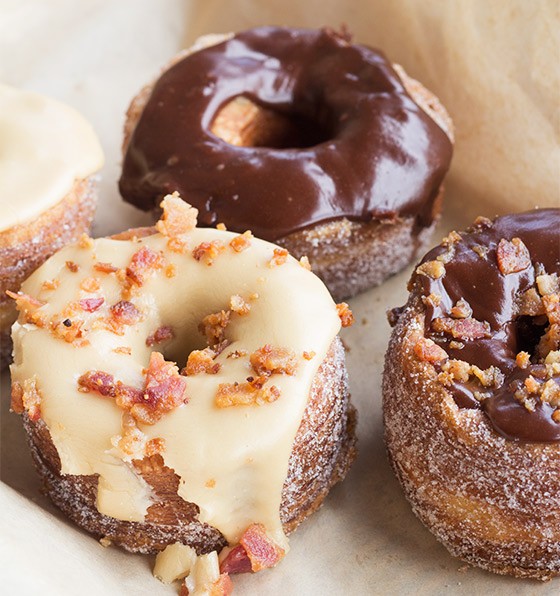 At Soulard Farmers' Market (730 Carroll Street; 314-622-4180), patrons can get a taste of Europe by way of Central Illinois. The decade old, Champaign-based Pekara Bakery arrived in St. Louis nearly two years ago and has shared its from-scratch products every Saturday since, including their highly-coveted croissants and Croi-Nuts.

"We fell in love with Soulard and its charms," says Sales Manager Robb Tobias. "Its French roots were a huge attraction for us. We felt we owed it to the market to do something that really captures the essence of its history." 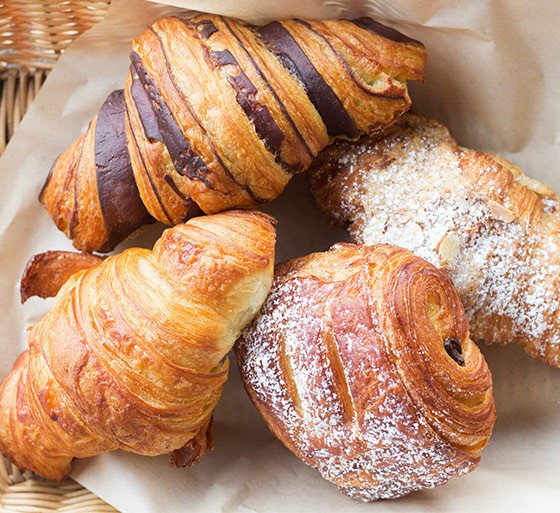 Pekara specializes in an old-world European baking style, with twenty bakers working around the clock to hand-make everything from focaccia and loaves to macarons and pretzels. The self-described "clean-label" bakery features simple ingredients -- no preservatives or things you can't pronounce.

The bakery's croissants -- always some of the first products to sell out at the high-traffic stand -- go through a laborious process. A dough sheeter meticulously layers high-fat butter with a fermented, yeasted dough. The finished product is a croissant with flaky, dreamy texture. 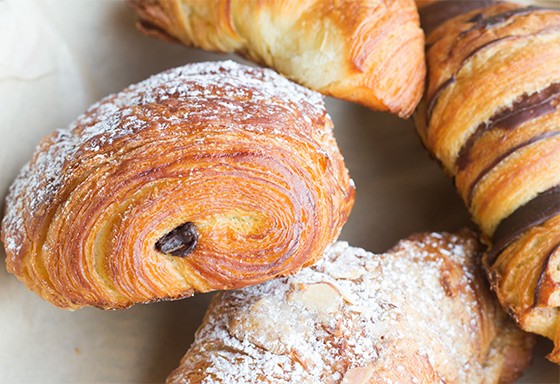 Choose a plain option to get an unadulterated taste of this treat that's more neutral than sweet, or opt for the "Tiger Croissant" which gets a subtle addition of cocoa powder at the end of the layering process. A pain au chocolat ups the ante with two soft Belgian chocolate sticks rolled inside and a light dusting of powdered sugar on top. For something sweeter still, try a classic almond croissant.

"In France, croissants are day old by noon, so the French developed the almond croissant to give the high-labor products a better shelf life. You slice them open, slather almond paste on the inside, put it back together with simple syrup on top and re-bake it," Tobias says. "We don't ever have day-old, so we have to bake more croissants just to make them."

And while Pekara typically adheres to tradition, one new-world trend finds its way into the bakery case. Its Croi-Nuts utilize the same croissant dough, but go through a cutting and frying process to give it doughnut-like qualities. Look for these daring desserts in flavors such as chocolate, chocolate with bacon, maple, maple with bacon, lemon-curd and raspberry-jam.