At Chef Ma's, Surrender to the Chinese Tasting Menu - And Amazingly Flavorful Cuisine

"No menu. I cook for you," Chef Ma said, then disappeared into the kitchen. 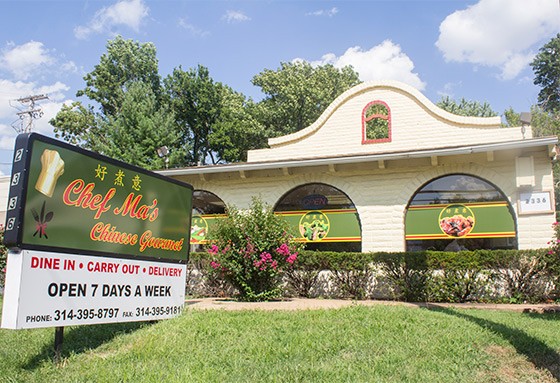 If you visit Chef Ma's Chinese Gourmet, I suggest you proceed as we did, though your first instinct may tell you otherwise. The small, unassuming restaurant sits just off a busy intersection in suburban Overland, housed in what used to be a Taco Bell. From the outside, it could easily be dismissed as just another American-style place whose food is about as authentically Chinese as the San Francisco invention of chop suey. Dig a little deeper, however, and your perception quickly changes.

Chef Ma's Chinese Gourmet, it turns out, is a bastion of authentic Chinese cuisine owned by a man whose culinary pedigree is far more impressive than his bare-bones fast-casual restaurant would suggest. Ma has been cooking professionally for roughly 40 years, beginning his career with Marriott in his native Hong Kong. He traveled with the company, opening properties in Singapore and Malaysia before landing in Hawaii in 1979. He eventually moved to the mainland United States, first to San Francisco and then to Los Angeles, before arriving in St. Louis in the early '90s to work for Mandarin House. 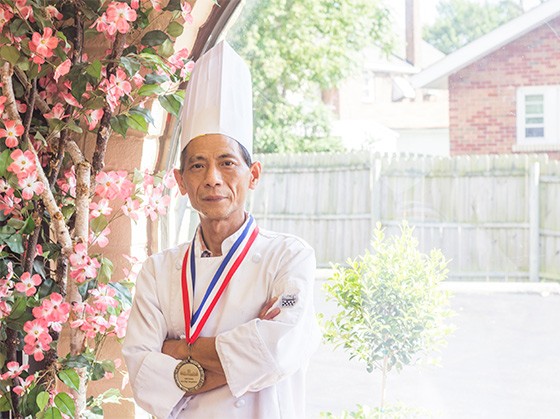 After overseeing the palatial restaurant's banquet operations for years and helping to open its satellite location on Olive Boulevard, Ma decided it was time to strike out on his own. He chose the space in Overland, figuring its close proximity to Mandarin House would encourage his loyal customers to visit the new venture.

He was right. Chef Ma's Chinese Gourmet already has a small word-of-mouth following, its clientele divided equally between American diners looking for something beyond sweet and sour chicken, and Chinese expats in search of the food of their homeland.

Ma is eager to share the more traditional side of his cooking with diners, especially those willing to let him take control of the wheel. Minutes after we sat down, a server delivered an overflowing appetizer platter to the table. Pot stickers filled with pork and onion and pan fried to a golden brown sat alongside no less than ten excellent handmade egg rolls. The rolls were overstuffed with pork, carrots and mushrooms, and piled into a paper-thin shell. A mouth-puckering sweet and sour sauce (the difference between Ma's homemade version and the stuff that comes out of a jar is astounding) and soy-based dumpling sauce were there for dipping, though I couldn't get enough of the accompanying chile-oil paste. It was fiery, burn-the-back-of-your-throat hot, but so savory and nuanced the heat didn't obscure the flavor.

I would have been satisfied had I left after appetizers — but then I would have missed perhaps my favorite course. "This is what we have for lunch," our server told us as she ladled a still-simmering fish stew into our bowls. The broth was delicate and understated, like a spring onion consommé. Small filets of flaky whitefish and pork meatballs bobbed alongside cabbage, onions, snow peas and exotic mushrooms in the steaming broth. One of them, a high-altitude fungus that looked like an eggplant-hued sea creature, had a light umami flavor and silken texture. It was positively ethereal.

If the fish stew was the embodiment of delicate, understated cooking, the twice-cooked pork was decadence incarnate. Slices of creamy, melt-in-the-mouth pork belly, caramelized around the edges, were paired with thin charred tofu strips, eggplant, onions and green bell peppers. A sugary soy and chile-spiked glaze coated the ingredients. 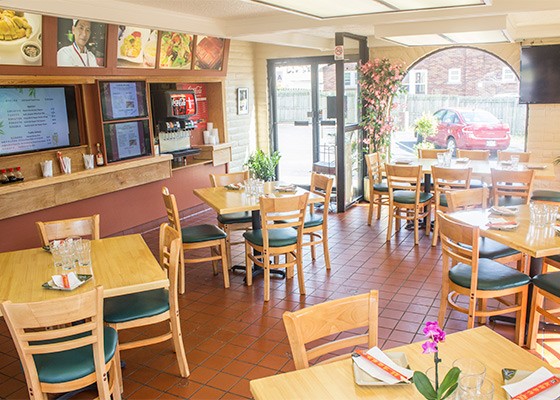 Ma continued with the hearty theme for his next course, black pepper beef. Bone-on slices of short ribs, red and white onion petals and hunks of celery were smothered in black-pepper gravy. It was like a Chinese grandmother's version of a hearty pot roast — so warm and comforting that we forgot we were in public and tore into the savory meat with our hands.

"These taste like shrimp doughnuts," one of my dining companions astutely observed as she bit into the pumpkin shrimp course. The battered and deep-fried shrimp rested atop a pumpkin brown-butter sauce — a savory shellfish pastry. The dish was heavy and intentionally on the salty side to cut through the richness — wonderful, though I was maxed out at two. 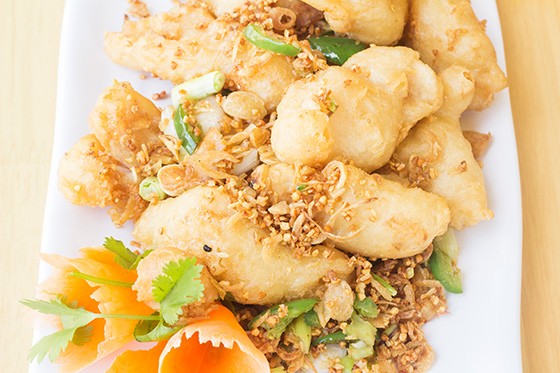 Ma reeled in the richness for his next two dishes. His house specialty, Hainan chicken, is a boiled, skin-on bird, served room temperature and hacked into large pieces. The ginger-spiked cooking liquid gently infuses the meat with subtle sweetness; its flesh is like silk (though I must admit I preferred it skin-off). Ma recommended pairing it with the accompanying ginger sauce and whole salted peanuts to enhance its flavor, then went to the back to show us the medals he won for his interpretation of this Singaporean classic. He served it alongside a simple, buttery sautée of assorted vegetables, the highlight of which was the tender, zucchini-like Chinese long squash. Our feast ended with a warm peanut, almond and sesame soup — a subtly sweet dessert that evoked the starchy liquid part of oatmeal, only seasoned with nuts and warm spices. Though we'd said we were too full for dessert, everyone at the table cleaned their bowls.

Chef Ma's impromptu and unadvertised Chinese-style tasting menu is the clear highlight of the restaurant, but I'd be lying if I didn't admit to enjoying the Americanized stuff too. The restaurant's main menu (it sits directly above the ordering counter, as if Ma expects most of his diners to order from it) consists of the dishes most people have come to expect from a Chinese restaurant in the middle of America.

What differentiates Chef Ma's Chinese Gourmet, however, is that he approaches these dishes with the same respect as he does the traditional fare. He could just as easily order his food out of cans or frozen and ready for the deep fryer. Instead, the chef gets to the kitchen by 7 a.m. daily so that he can make from scratch things we are inclined to dismiss: sweet and sour, hot braised glaze, Mongolian beef sauce. 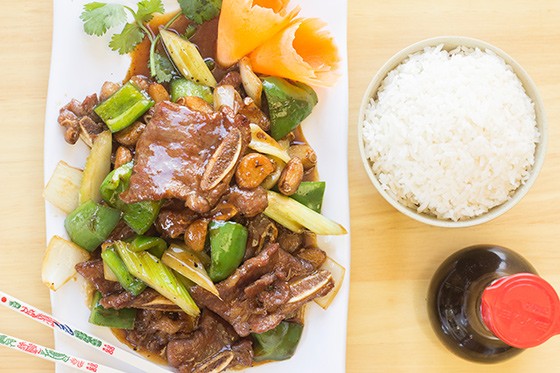 The care is evident. On an earlier visit, I gave in to my not-so-guilty pleasure and ordered the hot braised chicken. Like Ma's sweet and sour, the fact that the chef makes the sticky hot sauce in house and hand cuts and breads his chicken makes this a far better dish than what is peddled at greasy chop-suey joints. The pork Mandarin was equally enjoyable. Thin, breaded and fried pork cutlets were smothered in piquant sweet and sour then finished with soy-caramelized onions. And let's be honest: Who doesn't love crab Rangoon, especially on those all too rare occasions when it's made with real crabmeat and scallions as it is at Chef Ma's? The menu offered to Americans is in no way authentic Chinese cuisine, but it's of good enough quality and flavor to make it worth a taste.

But really, it doesn't matter what's on his board of fare. The next time I am at Chef Ma's Chinese Gourmet, I won't even look at what's on the menu. "Chef Ma, three people" is the only guide I'll need.