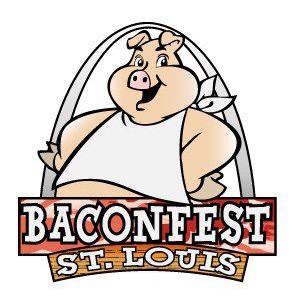 It looks like St. Louis won't be bringing home the bacon this year.

In a statement posted on their Facebook page dated July 24th, Baconfest St. Louis organizers Matthew Willer and Matthew Guillot announced that this year's event has been delayed. No date has been set for a future festival.

Baconfest St. Louis, a self-described "day of revelry all in the name of bacon" was to be held at downtown's Soldier's Memorial Plaza on August 16th. This would have been the third year for the festival, which was set to include live music, bacon-inspired food, and drinks and porcine-themed paraphernalia.

When asked for a comment, Guillot would only confirm that the event was indeed postponed and directed those interested in more information to the Facebook page. The page has not been updated since the July 24th announcement.

Perhaps Willard and Guillot pulled the plug when they realized they couldn't top last year's highlight: a 1,000 pound "hog log" made from a lattice of handwoven bacon topped with a dry rub, Italian sausage, mounds of cooked bacon strips and a dousing of Sweet Baby Ray's barbecue sauce, all rolled up sushi style and cooked in a custom-built smoker.

Below is the full Baconfest St. Louis statement. We will update with more information as it becomes available.

We would like to provide all of you with an update regarding the next Baconfest St. Louis. We have decided it is necessary to delay the next event for a variety of personal reasons. After a long discussion, it was clear that under current circumstances we wouldn't be able to put our best efforts into planning Baconfest St. Louis. Moving forward at this point in time would have been unfair to everyone that works with us to make the event a reality, as well as event goers.

Bacon be with you,