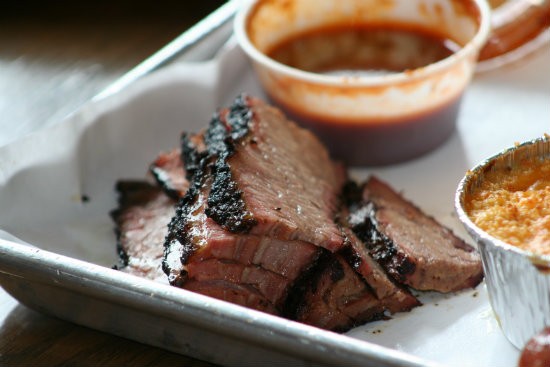 Eat barbecue. Blog. Drive. Sleep. Repeat. That was the pattern of my life for a year as I visited 365 barbecue restaurants across 48 states to research my book (by stuffing my face) - The 100 Best Barbecue Restaurants in America. I visited the famed houses of barbecue lore, mom-and-pop shops and everything in between in search of America's best barbecue.

Just as many of St. Louis' favorite barbecue spots have opened in the last decade, Chicago's barbecue scene is much the same. There are plenty of average neighborhood spots in the Windy City, but these three are worth the trip.

Smoque After opening in 2006, Smoque (pictured above) quickly became Chicago's first barbecue restaurant to make a name for itself in the broader barbecue community. Nearly a decade later, it's still doing things the right way. A plate of Smoque's brisket, mac & cheese and bread pudding is tough to beat. 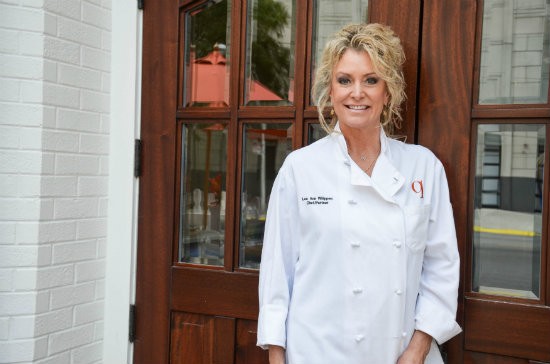 With white tablecloths, an extensive drinks list and modern décor, Chicago q is the opposite, in many ways, of the archetypical barbecue restaurant. Even if this style isn't your thing, Chicago q delivers where it counts -- with the food. Don't miss the chicken wings and grits. 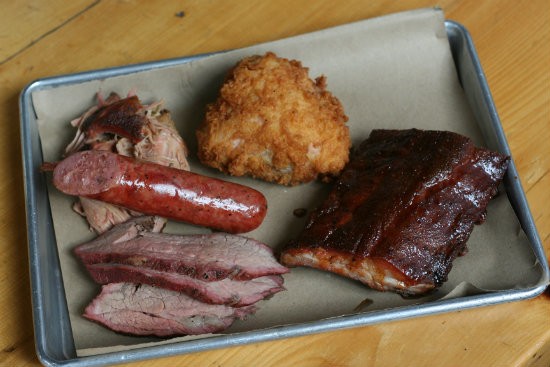 If you've already had your fill of brisket, pork, ribs and wings from Smoque and Chicago q, head over to Lillie's Q for something a little different. Lillie's Q has all of the traditional barbecue items, but you can also find some terrific renditions of other Southern favorites. The fried chicken is better than Grandma's and the Kool-Aid pickles are a novelty worth trying.

You certainly will not be the first person to visit Momma's Mustard, Pickles & BBQ, but there is still time to be able to say that you visited Momma's before it became huge. I expect that the TV crews and national publications will soon be making Momma's one of the biggest names in barbecue.

After Momma's first opened in 2012, a second location had to be added to help alleviate demand at the first restaurant, and the pressure is already on to open a third spot. If you have never tried a dinosaur-size beef rib, Momma's is the place to do it. You also can't visit without ordering some of its incredible dry-rubbed wings. 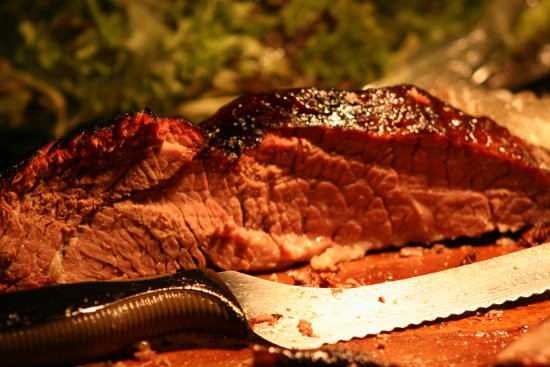 If you are headed to Memphis but know you will be hungry before you make it there, take the route through Southern Illinois and stop by 17th Street BBQ in Murphysboro, Illinois. 17th Street is owned and operated by one of the competition barbecue circuit's most famous names -- Mike Mills. Mills is known for his ribs, but I recommend you also try his "Lotta Bull" sandwich. By adding grilled peppers and onions, horseradish-cheddar cheese, freshly cubed pickles, a fried egg and barbecue sauce to a bun-full of brisket, you might decide to stop back in for Round 2 on your way back from Memphis.

Nashville barbecue doesn't get the same kind of attention as Memphis barbecue, but I found three spots that would do well anywhere.

Puckett's is a great place to go for dinner and drinks -- not just because the barbecue is great, but because the live music consists of Nashville's up-and-coming stars. Stick to tradition here, and go with the ribs or pulled pork. 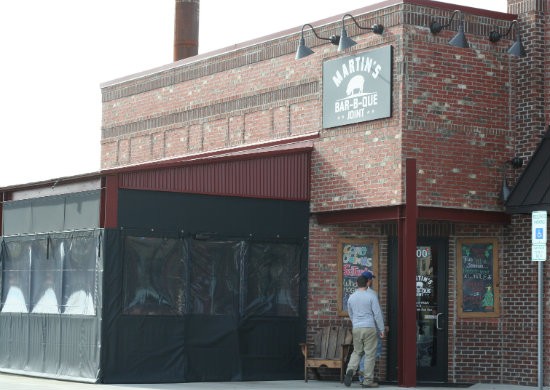 If you consider yourself a barbecue fan, Martin's will be your kind of spot. Owner Patrick Martin is a barbecue guy among barbecue guys. He says that every barbecue restaurant should be judged by its pulled-pork sandwich, so that's a good place to start. Also give the housemade sausage a try. 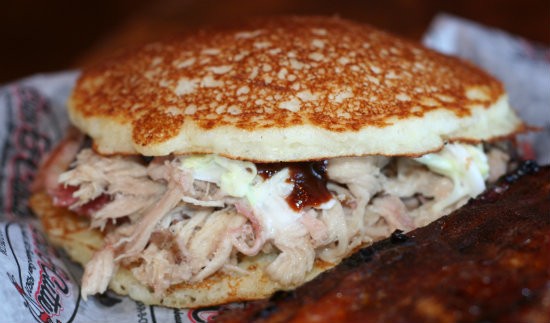 Bar-B-Cutie has grown and expanded, but the carhop-inspired neighborhood joint still does it for me. Instead of a traditional bun, try a pork sandwich on cornbread pancakes. It's a transformative sandwich experience.

If I wake up with a craving for barbecue and want to get out of St. Louis, I'm headed down 44 to City Butcher and Barbecue. No place in Missouri does brisket as well as City Butcher, and the burnt ends and sausages are phenomenal as well. Although it's still relatively new, word is quickly spreading. You'll have to arrive early for lunch, or it will be sold out.