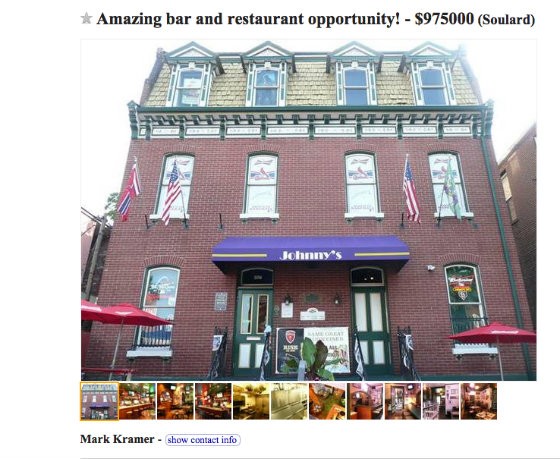 RFT's coverage of the potential sale of Johnny's Restaurant & Bar in Soulard sparked all kinds of nostalgic responses from readers, including memories of good times, a lack of memories from even better times and daydreams about owning a restaurant and bar.

Two weeks later we've caught up with Ron Kramer, the Realtor for Johnny's, for an update. He said he's got several interested parties. Things are progressing, but no deal is in place just yet. The price has not changed, and with the number of people who're interested in it, don't expect it to.

Johnny's has been a successful staple in Soulard for many years, but Ron, who owned restaurants for 30 years himself, said there is even more potential for the property with the largely unused space on the third floor and two-story deck off the back.

"The million-dollar question," says Ron, "is whether it will remain Johnny's or be turned into Billy's or something else." We'll find out soon enough!