Johnny's Restaurant & Bar Is for Sale on Craigslist

Have you always dreamed of owning a bar in Soulard? This could be your lucky day.

And by "hottest," we're not just talking about the wait staff.

Although .... who are we kidding? That's exactly what we're talking about. The servers at Johnny's are so hot, Metro actually banned ads featuring them flaunting their wares back in 2010. Not many local bars can say that.

But enough about all that. Back to this real estate opportunity. 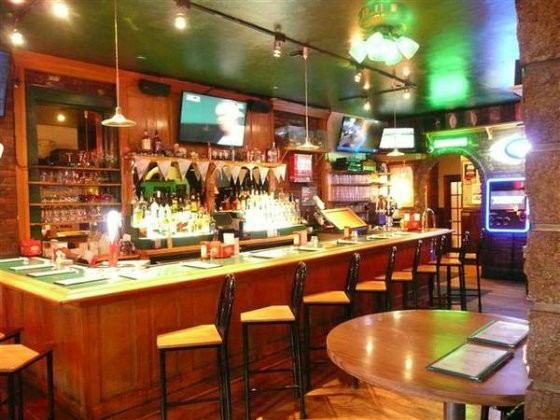 Johnny's is 6,000 square feet and is being sold with all its contents. That includes the third floor, which could be used as two apartments. The bar itself fills the first and second floor -- and, the ad promises, brings in $1 million in sales annually. There's also a full kitchen, which comes with all the equipment included.

Bonus: They're throwing in the restaurant's 15-seater van. So not only will you have a bar to hang out in, but you'll have reliable transportation to take your 14 closest friends to the Cardinals game. Score!

We've left a few messages for Johnny's owner; we'll update this post if we hear back.