Brunch at Corvid's Cafe: A Classic Spread, Plus Dr. Dan the Pancake Man 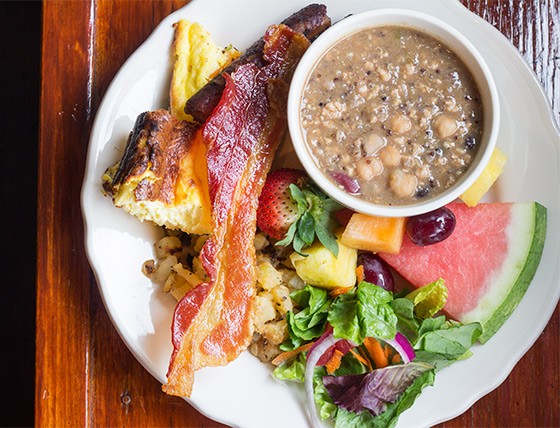 We Tried: The all-you-can-eat buffet for $14.95 ($8.95 for kids under 12), featuring bottomless coffee, iced tea or iced coffee and custom pancake art by request from Dr. Dan the Pancake Man. 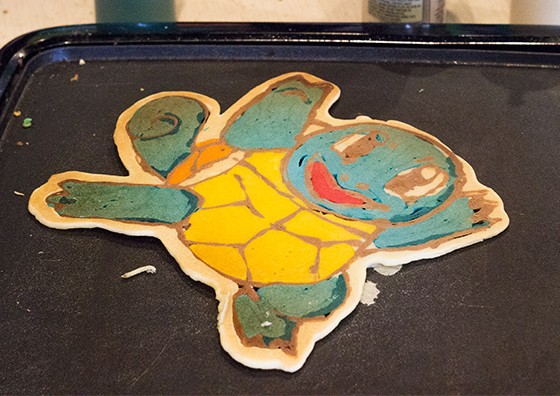 Dubbed a quintessential neighborhood cafe by RFT food critic Cheryl Baehr, Corvid's Cafe has offered brunch as a staple of its cozy corner concept since opening in the North Hampton neighborhood in April 2014. The menu is designed by husband-and-wife duo Johnny and Cindy Panian, who draw on more than a decade of catering experience with the cafe's parent company, Crabcakes Creative.

And now Corvid's also features for its Sunday brunch the Internet-famous pancake art of Dr. Dan and crew -- plus live music. 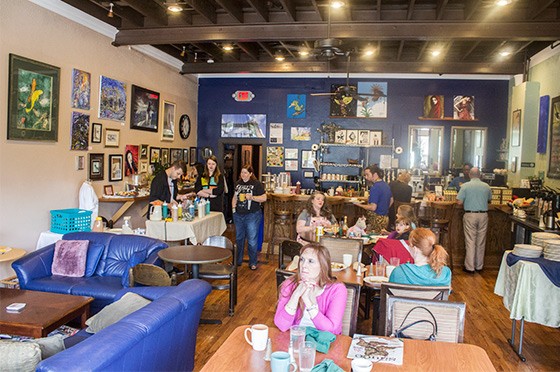 As caterers, "we have offered just about every food-style imaginable, including many killer breakfast and brunch menus," says John Panian. "In that amount of time, you learn a lot about what works and what doesn't.... We often get creative so you never know what surprise items might make an appearance."

"While we do offer casual breakfast items on our daily menu, our brunch is a much more sumptuous affair with a lot of variety," he says.

Guests simply grab a plate and explore the space, which teems with art. Buffet goodies include crème brûlée french toast, frittata and soup. Look for rotating items from Corvid's daily menu as well such as citrus potato salad, tarragon chicken salad and Johnny's signature BBQ coleslaw. Additional beverage options include a full menu of specialty espresso and coffee drinks. And, of course, don't forget to stop by Dr. Dan's stand for a colorful, custom pancake -- Avengers, anyone? -- to make the hearty meal ahead all the more memorable.

If Dan isn't there, Panian promises, one of his apprentices ("yes, he now has apprentices!") mans the pancake skillet, so creative shapes are consistently on offer. In addition, jazz guitarist Dave Black -- "the best in town and a prof at Webster" -- plays Corvid's three Sundays each month, with other musicians also on rotation. 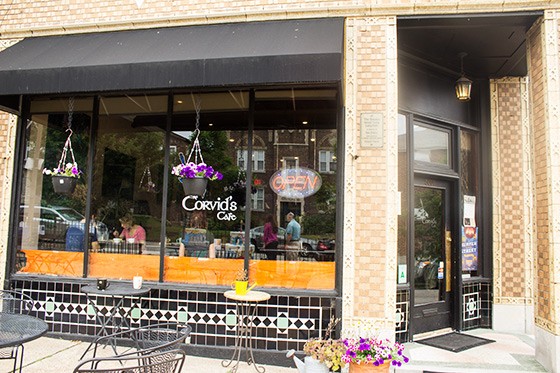