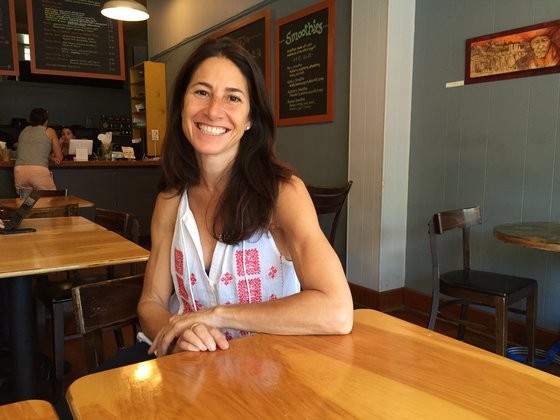 Patrick Liberto, who has owned Meshuggah Cafe since 1997, has sold the Delmar Loop mainstay and is moving back to his home state of Louisiana.

But the Loop's loss is a gain for one regular customer: A school teacher named Jen Kaslow decided to purchase the business on a whim. She'll take the reigns on July 17.

Kaslow had been patronizing Meshuggah Cafe (6269 Delmar Blvd., 314-726-5662) with her family for nearly fifteen years, going back to its original location on Melville Avenue. Last month, when Liberto happened to mention that he was selling the business, Kaslow's mind started spinning with the possibilities.

"Normally, I would've asked if everything was OK," she says. "Instead, I had this out-of-body experience and I asked what he was doing with Meshuggah's. He told me he was selling it and I said right there, 'I want to buy it.' And that was it.

"I had no plans to quit my job," she admits. "It wasn't about coffee and I never had a fantasy about being a cafe owner." 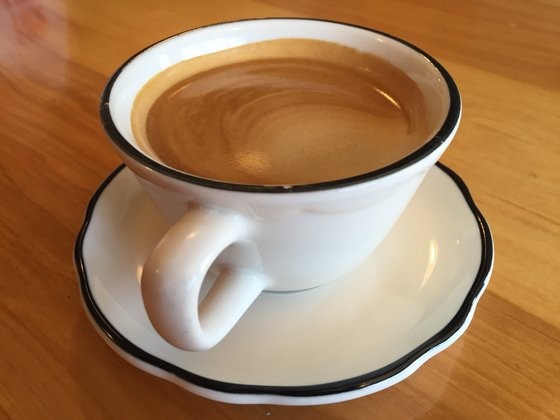 It may sound like a brash move, but Kaslow is no stranger to pursuing her passion. "The first time I met Patrick was when I went in to sell him my mug," she says.

She explains: While a student at University of Colorado-Boulder, Kaslow developed a passion for rock-climbing and she patented and licensed her own niche product -- a coffee mug with a handle that opens and closes like a carabiner. "The ironic part is that the first person I tried to sell it to was Patrick. He did not buy it," she laughs. But that didn't stop the two from developing a long-lasting friendship. 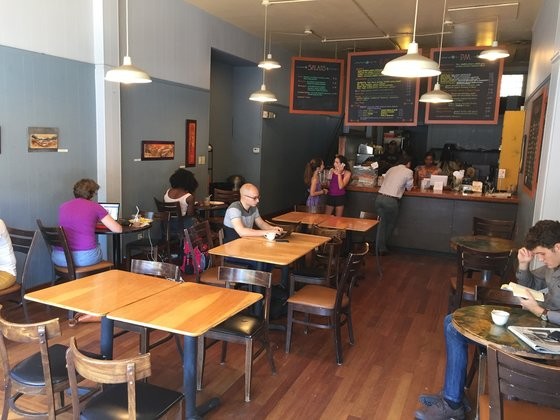 So the self-described "risk taker" quit her teaching job and closed the deal. After the initial shock, her husband David and two daughters, Maya and Sasha, have given the change their blessing. "I think it makes total sense," David Kaslow says. "It fits her personality, her skills and talents. We're really excited."

Meshuggah, one of the first, traditional-style coffee shops to make a name for itself in St. Louis, has an Old World, cafe flair, with aged, wooden tables and mismatched chairs. Local art adorns the walls, and if you grab a window seat, you can admire the hustle and bustle of the Loop. Now, with coffee culture booming in St. Louis, locally owned coffeehouses thrive in every corner of the city -- but Meshuggah still packs in customers.

Kaslow plans to close the cafe for two weeks in August to coincide with the construction planned in front of the shop -- with a new trolley line being constructed, Delmar is currently a mess of heavy equipment and orange barrels. They're now heading east toward Meshuggah - but Kaslow sees opportunity, not irritation.

"I know a lot of people are against it," she says of the trolley, "but I'm for it. I mean, why not? People are scared of parking or congestion but you don't know if that's going to happen or not. I think it's going to be great. You can't leave something alone because you're scared of what it might become."

On that note, Kaslow plans to implement a few aesthetic changes to Meshuggah during the hiatus. "Patrick has done a great job of setting this up, the menu, the staff is great. I love the Americano versus the drip coffee, and I want to keep that," she says. Changes will include better chairs, more outlets for laptops, a better living room space upstairs and exposure of some of the natural brick of the building.

"I want to make some changes but I don't want to freak people out because everybody loves familiarity. I have the liquor license and I really want to improve that happy hour, hang-out kind of feel," she says.

For now, Kaslow spends her days shadowing Liberto and the staff, trying to learn as much as she can about coffee, customers and caffeine, enjoying the adrenaline of owning her own business.

"I think it's going to be a relatively easy transition, because I'm having so much fun," she smiles. 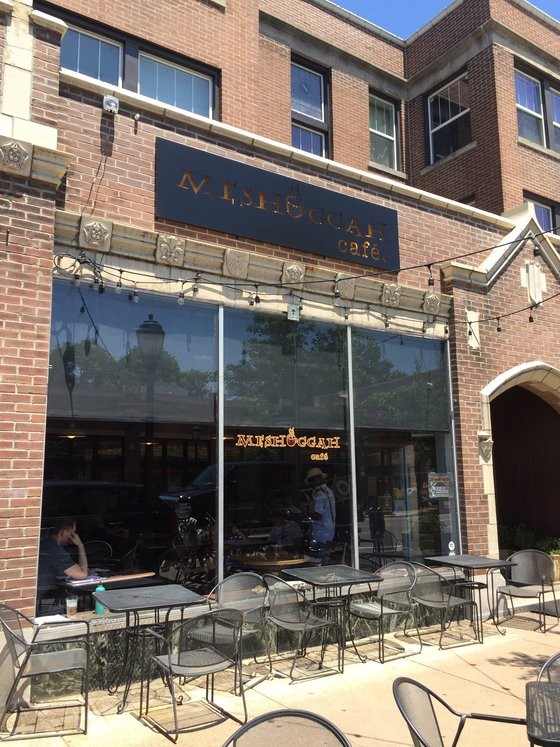