The 10 Best Places for Raw Oysters in St. Louis 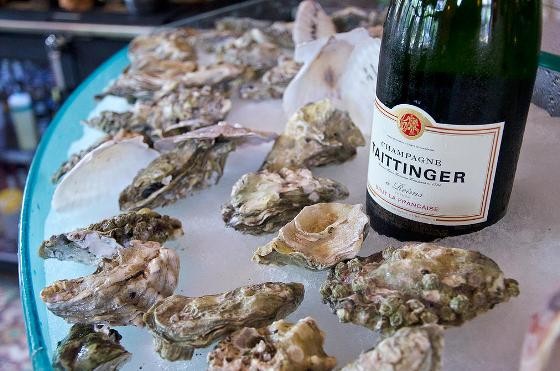 Briny, creamy, buttery, sugary, citrusy, metallic, mineral, melon-y, grassy, coppery, smoky -- these are just a few of the ways to describe the flavors of a raw oyster. Those harvested from the Pacific Ocean tend to be sweet while those from the Atlantic tend to be a bit salty. All of them offer a crisp, fresh taste of the sea. With flights full of the morning's catch arriving daily in St. Louis from the Pacific, Atlantic and Gulf coasts, more and more local restaurants are offering first-class oyster selections. We've lined up our top ten favorite raw bars to help you get your slurp on.

Five years ago, the DeMun Oyster Bar was the first in St. Louis to fly in same-day oysters from the East and West coasts -- caught in the morning and in St. Louis and out on the raw bar by dinner. All oysters are sourced from farms personally visited by the owners. The house specialty accoutrement is a mignonette made from champagne and Spanish Cabernet vinegar. • Drink pairing: Prosecco • Tip for home shuckers: Get a glove... Actually, a thick garden glove will work. Don't press too hard trying to open - just find the hinge and turn like a key.

The oysters at the Peacemaker Lobster & Crab Co. are flown in five to six days a week and beautifully displayed in a granite farm trough-turned-raw bar. All are sourced from the East Coast, from spots from Maine down to the Gulf, and served with a house mignonette and lemons. • Drink pairing: something simple with gin or vodka, such as a Moscow Mule • Tip for home shuckers: Purchase the freshest oysters possible through a good source. Shuck them using a towel - never your bare hand!

The Restaurant at the Cheshire features oysters from both East and West coasts, flown in six days a week. Guest favorites from points East are Belon, Beausoleil, Naked Cowboy, Duxbury, Moonstone, French Kiss and Wellfleet. From the West Coast, Kumamoto, Kusshi and Shigoku. Oysters are served by the half dozen and dozen with sherry wine mignonette, harissa cocktail sauce and lemons. • Drink pairing: House-made Bloody Mary with sun-dried tomato-infused vodka • Tip for home shuckers: When choosing oysters make sure they are closed and there are no cracks or holes in the shell. 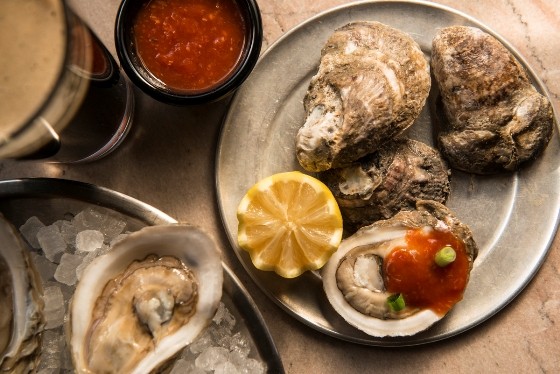 Raw oysters have been served at the Broadway Oyster Bar for more than 35 years. Originally, the restaurant featured solely Gulf oysters, harvested off the coasts of Louisiana and Texas. Five years ago, Blue Point oysters from Connecticut were added and occasionally, Apalachicola oysters from Florida are also available. Approximately 10,000 Gulf oysters and 4,000 Blue Point oysters are sold each week. All oysters are served "Gulf style" -- with house-made cocktail sauce, horseradish sauce and saltine crackers. • Drink pairing: Guinness • Tip for home shuckers: It is important that oysters be shucked properly so that the oyster stays relatively intact and you do not get a mouthful of broken shells when you slurp it down. Many guests choose their favorite oyster house based as much on the reputation of the shucker as the reputation of restaurant serving the oysters.

Oysters are flown in daily from both coasts for Three Flags Tavern, though the Pacific Northwest is favored by the chef for its briny flavors and ease of shucking. Fresh oysters are served with Champagne mignonette and Louis sauce, and cooked oysters are available as oysters Rockefeller, casino, Louisiana hot or deep-fried. • Drink pairing: Vermentino from Badia di Morrona • Tip home shuckers: If not using immediately, place the oysters in the refrigerator at between 34 and 40 degrees Fahrenheit, deep side-down covered with a towel or newspaper. 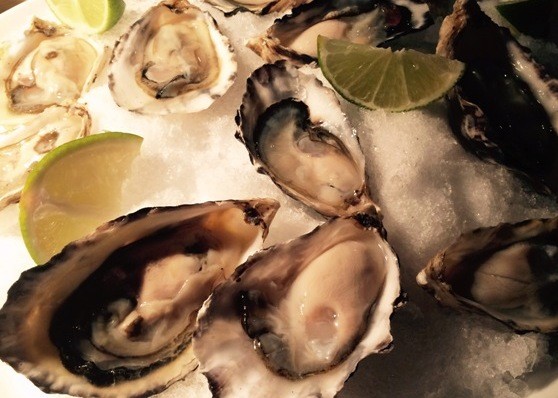 At Público, oysters are flown in daily from both the East and West coast, and are offered by the pair, as a half-dozen and a dozen. In true Latin-American taberna fashion, lime and house-fermented pepper sauces are all the accoutrements you'll need. • Drink pairing: Sauvignon Blanc • Tip for home shuckers: Rinse them in cold water before shucking so sand and muck doesn't get into the oyster and then scrub them clean with a stiff brush.

Sweet and meaty Blue Point oysters from the East Coast and a variety of West Coast oysters are offered daily at Oceano Bistro. Chef favorites from the West Coast include Chef Creek, Deep Bay and Gold Creek. Oysters are served with a chili cocktail sauce and a cucumber mignonette. • Drink pairings: Albert Bichot-Saint Veron • Tip for home shuckers: After shucking, there should be good clean meat and a good amount of liquor (natural oyster juice). Your oysters should not be dry.

Coastal Bistro & Bar offers oysters from both coasts plus the Gulf of Mexico, when in season. Popular varieties from the West Coast include Dabob Bay, Kumiai from Baj, Chef Creeks and Paradise Oyster. From the East Coast, try the Nantuxit, Bennies Sand and Katama Bay. • Drink pairing: French Bordeaux from the Cotes de Gascogne • Tip for home shuckers: Shuck them to order, not in advance and serve on ice.

At Franco, oysters are flown in daily from the Northeast and Northwest. East Coast oysters from Prince Edward Island are preferred, as the cold waters support extremely slow growth for deep flavor and great texture -- similar to the oysters found in France. Oysters are served with fresh lemon, mignonette, cocktail sauce and cracked pepper with lavash or crostini on the side. • Drink pairing: Schlafly Belgian Golden Ale • Tip for the home shucker: Be patient. Point the knife away from you. Wear a chain mail glove until you get really good.