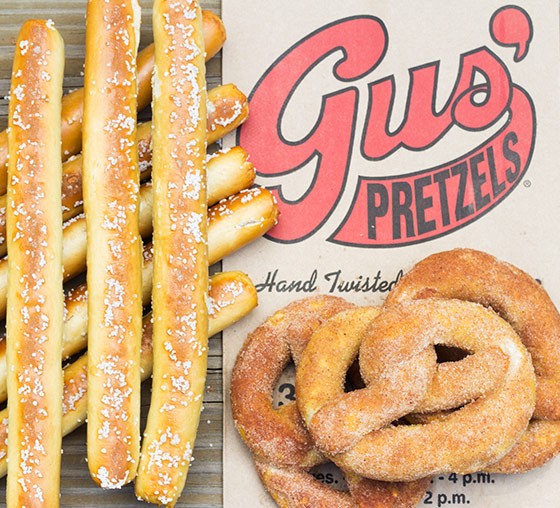 Since 1920, Gus' Pretzels (1820 Arsenal Street; 314-664-4010) have been part of the fabric of St. Louis. The recipe for the soft, dense sticks and twists has remained the same through three generations of sons named Gus.

The salted, browned bread has long been sold on street corners throughout the city. But a sugar-coated offering at the Benton Park bakery recently caught our attention: the cinnamon-sugar pretzel. 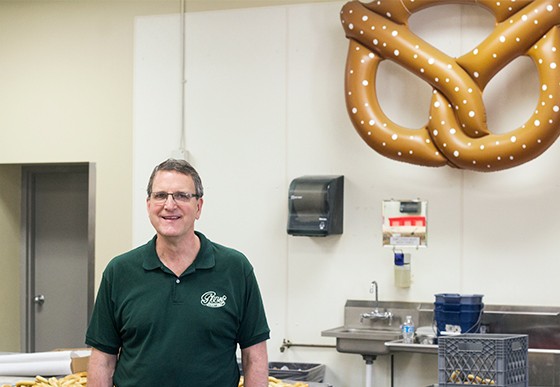 A typical production day in the Gus' kitchen generates an average of 8,000 pretzels, with a process unchanged from the bakery's humble beginnings. Flour, water and other dry ingredients make up the base of the initial mixture. After rising on a table, the dough is cut into smaller chunks and placed in a machine that chops and portions individual pieces into a rolled form. From there, an employee twists and dips the dough in a browning agent and bakes it up in the oven. 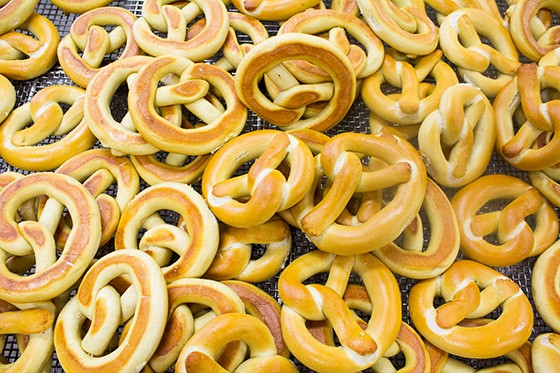 After cooling, the "baldys," as the Koebbes call the untopped baked goods, take a dip in butter followed by a heavy-handed coating of cinnamon sugar. Gus' has been making these for 10 years now.

Served warm and ready to eat in a paper bag, the snack sates our sweet tooth with a satisfying chew. For an extra dose of sucrose, try it with a raspberry dip. And to balance out the ensuing savory craving, try one of Gus' other popular options, including the bratwurst pretzel. With nearly a century in service and a fan base to show for it, it seems as though Gus and his family will keep on twisting for years to come. 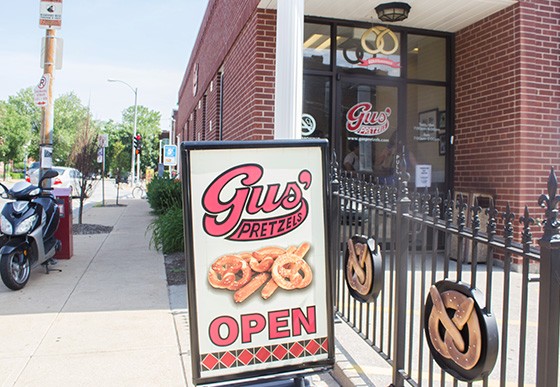 We're always looking for some sweet ideas. E-mail the author at mabelsuen@gmail.com.