Happy Hour at the U Bar: Wing Teasers and Cold Drinks in University City

The Hours: Monday through Friday from 4 to 7 p.m. 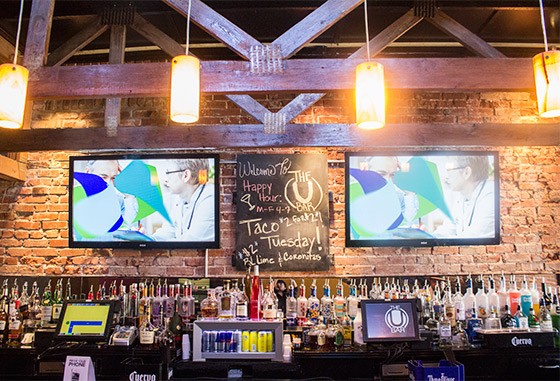 The Scene: When it comes to nightlife in University City, most people only know of the Delmar Loop. The U Bar, which opened on March 18 in an Olive Boulevard space that previously housed Sir's Bar-B-Que, aims to offer an alternative neighborhood gathering place with an inviting, catch-all concept.

"'The U' is a double meaning," says co-owner Jason Spain, who runs the business with his wife, April. "'The U' is for U. City, but it's also all about 'you' -- we want you to feel comfortable. People come in, mind their own business and kind of blend here."

The space retains some of its historic charm from past lives, including exposed brick walls and glass-block windows, but for the most part keeps things simple and sleek to cater to all types of clientele. Plenty of chairs are available by the bar or on a second-story seating area, both equipped with TVs. The liquor selection features a decent selection of beer and a variety of fruity cocktail options, which a friendly barkeeper will happily mix up at a moment's notice. 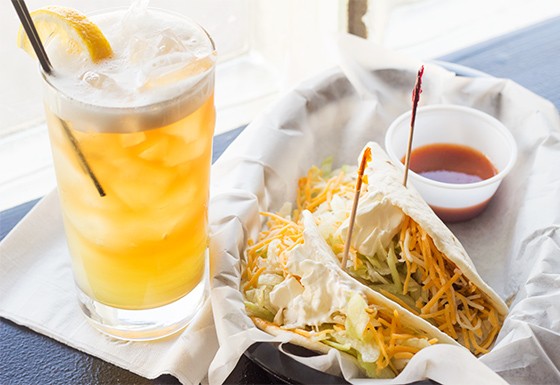 The Food: The U Bar's standard food selection, akin to its overall vibe, is low-key and approachable. The kitchen regularly offers combination baskets of wings and fries, battered shrimp, and a variety of sliders. During happy hour, get a taste of the grill's specialty by trying a wing teaser, which features five wings for $4. The "original" flavor features a six-seasoning blend, while a "trashed" wing coats the chicken in a sweet and spicy sauce. To double down on appetizer deals, check out "Taco and Trivia Tuesdays" for some downhome $1 soft tacos. They're like everything else here: simply good and unpretentious.