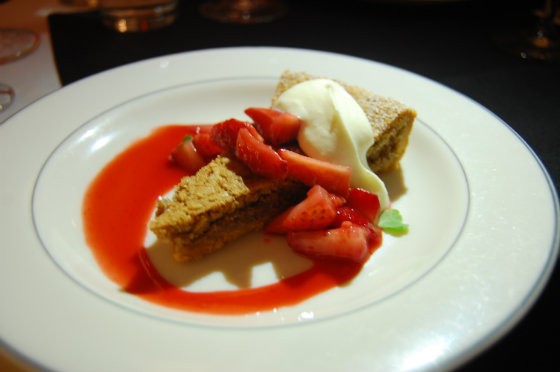 Matt Daughaday's new Maplewood restaurant, Reeds American Table, is shaping up to be one of the spring's buzziest restaurant openings -- and the sneak peek Daughaday gave friends and fans last night at Cafe Natasha only increased the anticipation.

In partnership with The Gin Room, the bar at Cafe Natasha run by Natasha Bahrami, the owners' daughter and the restaurant's general manager, Daughaday served up a four-course "collaboration dinner," sort of a first look at where his new concept is going, coupled with lessons by Bahrami on the joys of gin.

If the courses served last night are any indication, Reeds American Table will be a bit more formal than Daughaday has previously promised -- with dishes that are both artfully composed and flavorful. 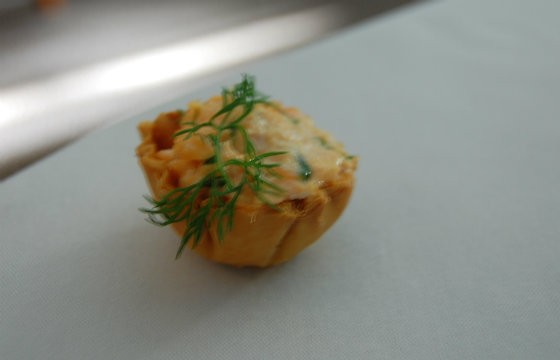 The evening had its roots in a more casual dinner, eaten more than year ago. Andrey Ivanov, then the sommelier at Elaia, dropped by Cafe Natasha for a meal he would later rave about on Facebook. What he wrote about the restaurant, Bahrami says, "meant so much to me." That was the beginning of a friendship, and a desire to collaborate.

Now Ivanov has joined forces with Daughaday, leaving Elaia to partner in Reeds American Table and run its cocktail and wine program. The idea of premiering some dishes and pairings from the new restaurant's menu, even while kicking off Cafe Natasha's Speakeasy Dinner Series, made perfect sense.

"We wanted to find a way to work together," Bahrami explains. "In the St. Louis restaurant scene these days, we all respect each other so much. We're so intimately connected through friendships. On your day off, if you're not at home, you're at each other's places."

So Bahrami put together a four-gin tasting menu, served with passed appetizers by Daughaday and his team -- a tasty Arctic char salad in a philo cup, intensely flavorful glazed mushrooms on toast, and smoked beets on a long toothpick. Then the restaurateurs proceeded to serve four more courses, each more exquisite than the next. 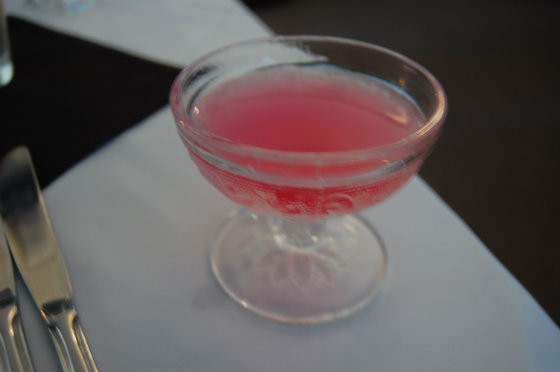 Daughaday has credentials from St. Louis' top restaurants, including a half-dozen years within James Beard Award winner Gerard Craft's empire, most recently at Taste. Yet when the young chef first described his restaurant, he told Feast it would be "an essentially American brasserie" with an affordable price point.

But Daughaday has since shifted from looking for a space in the St. Louis Hills area to signing a lease to take over the former Home Wine Kitchen in Maplewood, and it seems likely the restaurant's ambitions have grown in the process.

At last night's dinner, he served an exquisite coppa salad perched on a delicate pastry, with hunks of bleu cheese; a butter-poached cod with rhubarb, celery and honeysuckle; and braised beef with blackberry yogurt and asparagus. All earned raves from diners, but none seemed casual enough for a brasserie menu. 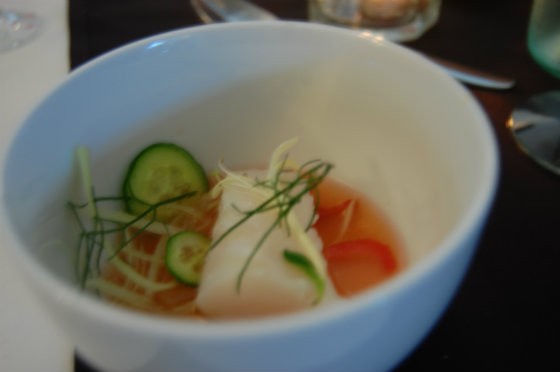 Ivanov is one of the most personable sommeliers working today, in or outside St. Louis. He took turns with Daughaday and Bahrami describing the food and drink on offer, promising that the wine list at Reeds American Table will be "specially sourced from wines and myself or others on staff have personally visited or have a relationship with." His recent "research trip" to Australia and New Zealand showed in the night's offerings, which included a 2009 Shiraz. 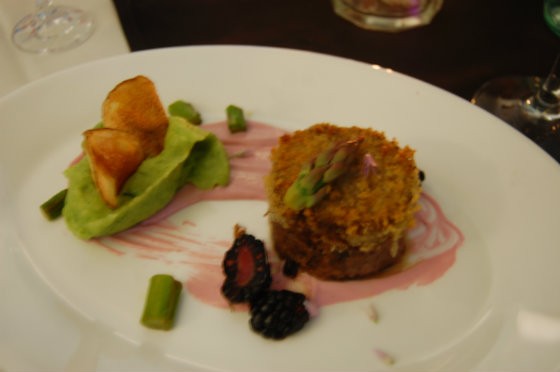 And for once, dessert wasn't a letdown. Pastry chef Summer Wright, who previously also worked for Craft but is joining Daughaday and Ivanov at Reeds American Table, presented a brown butter-pecan tart topped with fresh strawberries and orange blossom -- the perfect end to a delicious meal.

But it wasn't quite the cap; Bahrami had one last drink to present, a barrel-aged rye malt dessert cocktail titled "She Can't Get Enough" -- which might have described just about anyone in attendance at the dinner. Surrounded by good food and free-flowing gin, it's hard not to feel insatiable. 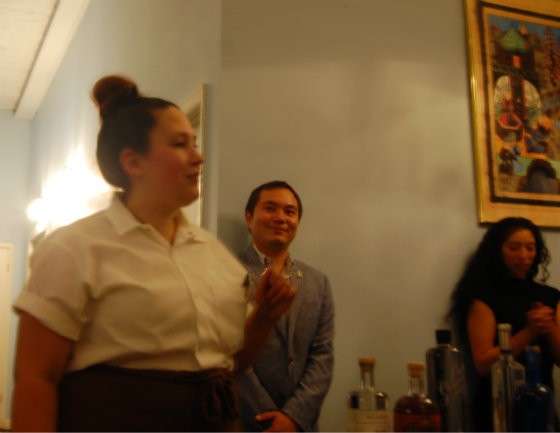 Wednesday is supposedly a day off for Bahrami's mother Hamishe, Cafe Natasha's founder and director of operations. But Hamishe Bahrami couldn't help but bustle around the room during last night's event, greeting guests, picking up contact cards, and bantering with Ivanov over the provence of the grape in Shiraz (her native Iran, she insists, and Ivanov does not argue).

Natasha Bahrami says the newfound closeness in the city's restaurant's scene has given her mother new life.

"She feels the love back," Bahrami says. "She's invigorated again."