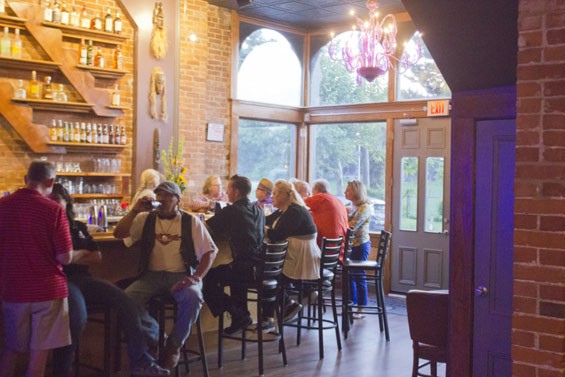 When Judith Howard purchased the building that would hold her two-week-old bar/live music venue/bistro, Howards in Soulard (2732 S. 13th Street, 314-349-2850), the place was in bad shape. It needed new sewer, gas, electric and water lines. The roof hadn't been updated since the 1888. The building's previous life, as the Hi-Way Bar, had ended six years before -- and seemingly no one had touched the place since.

"This was my fifth restoration in Soulard in the past twenty years," Howard says. "And this was by far the most needy building."

What's amazing, however, isn't just the building's transformation, though the space now includes two light-drenched, brick-lined rooms (one with a handsome bar; the other with a small stage), plus a large patio.

What's amazing is that Howard completed all the work in just six months.

"We had 86 people working on it ... and 48 trips to City Hall for permits," she says proudly. "It's really amazing the way the whole thing came together." 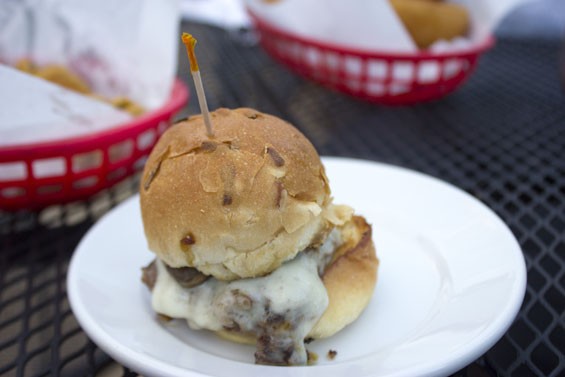 The restoration was a loving one -- almost every piece of the old bar helped create the new one. The back bar was fashioned from the old staircase. The original framing was remilled to become the bar top.

And while Howards is brand-new, its daytime menu may be familiar to much of the neighborhood. When Benton Park mainstay Luvy Duvy's closed in March, Howard seized the opportunity to bring on its co-owners to help with her food and drink program. Cassady Cardwell consulted on the bar menu, she says, while Jackie Seal has come on board as the bistro manager. The lunch menu, with its extensive offering of salads and sandwiches, as well as the smaller breakfast menu served on the weekends, comes directly from Luvy Duvy's.

At night, the menu is much smaller, with a handful of "petite and savory" offerings on a roll -- basically eight slider options, each for $3.50. There are also seven options for shareable sides and a host of dipping sauces to pair them with, from horseradish cream to a twist on a bernaise.

All seven sides are fried; from dill pickles to hearts of palm, you won't find a healthy presentation on this part of the menu. The execution, though, is quite good. If our recent visit was any indication, these are among the most expertly fried onion rings in town. 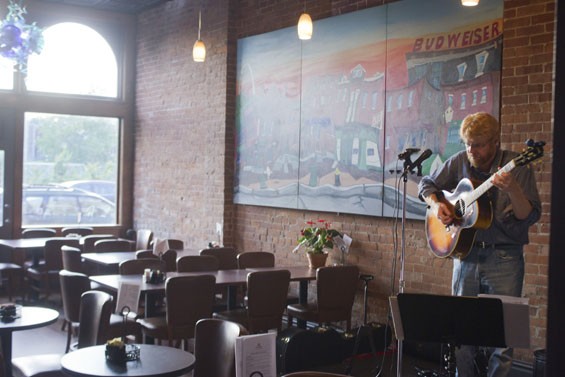 Howard's goal is to create a hangout for a neighborhood crowd. There will be live music five nights a week, but they won't be late nights -- on Tuesday, Thursday and Friday, performers will take the small stage in the second room from 6 to 9 p.m., while on Saturday and Sunday, it'll be from 2 to 5 p.m. And the music (folk, blues, jazz) will be entirely acoustic.

"We've channeled all the sound so you can have a nice comfortable conversation and enjoy the music," Howard promises. "Acoustically, we did a lot of balancing with our sound system." 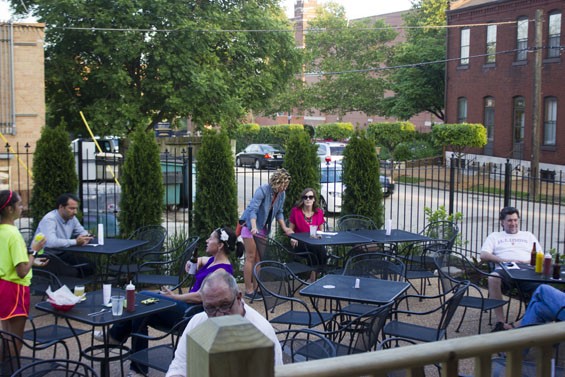 The early hours, she says, were quite intentional. "Even though there's limited housing around the property because we face the highway, there are a lot of children on this block," she says.

And Howard has reason to care about the neighbors: "I personally live a block away." She knows the type of Soulard resident being underserved by its current crop of party-hearty hotspots, and she wants to be there for them. "If we got out," she says, "we tend to go out during the day before the neighborhood gets infiltrated by outsiders." 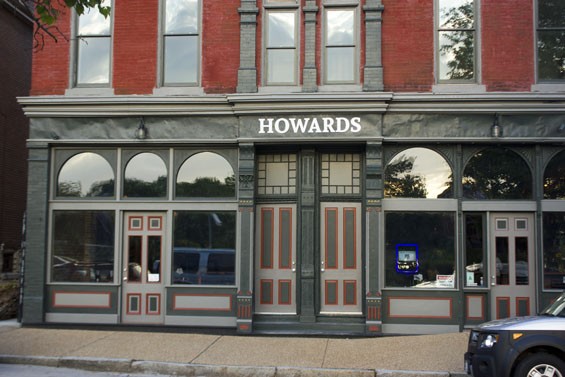 Up until two weeks ago, Howard was a senior vice president in the financial services industry. But Howards isn't just a hobby; it's become an avocation.

"I spent 22 years with Fortune 500 companies," she says. "But I was ready to make a change. I resigned on Tuesday, and we opened on Friday."

At first, she says, "I just felt jet-lagged." Support from the neighborhood, though, has buoyed her. "It's been awesome."