"We quickly learned in the first year of operation of WildSmoke that we couldn't make it. It's not because we didn't have customers -- it's frankly because the economics of a higher-end barbecue restaurant in the area just didn't work," says co-owner Andy Kohn. "We knew there was a great interest in doing another EdgeWild. Because we're only five miles from the other location, we decided to try a different concept focused on craft beer rather than wine." 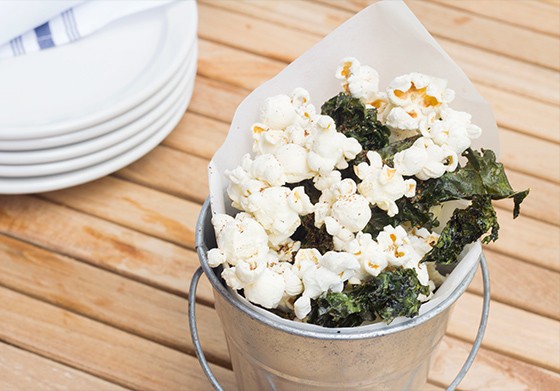 EdgeWild Bistro & Tap riffs on its sister restaurant while putting a new spin on things. Instead of the charcuterie plate that customers might pick up at the winery location, for instance, patrons will find snacks that pair well with beer. Try spiced popcorn and kale chips ($3) or soft-baked pretzels ($7.50) served with Guinness mustard-and-cheese sauce.

"Customers can go to both places have a different experience," says Kohn. "In addition to twenty wines, we've got 70 craft beers -- 22 of them are on tap, with rotating handles."

Though the dining room hasn't changed drastically, the interior does feature new art on its walls and a dozen new seats at the bar. The space also opens up onto a brand new outdoor patio for sipping brews and enjoying food. Executive chef Aaron Baggett, who has helmed the original EdgeWild concept since day one, developed the menu of casual American fare for the full-service setting.

Baggett takes some of the best-selling items from both EdgeWild Restaurant & Winery and WildSmoke and incorporates them into new dishes. Award-winning jumbo smoked chicken wings ($10), for instance, are available in a few different flavors: buffalo, black pepper garlic and sweet chile. Cider-maple marinated smoked turkey from WildSmoke finds its way into a new sandwich.

Some other recommendations from Kohn include a "Beer Cheese Steak" sandwich ($12.50), "Avocado & Crab Salad" ($12), and a variety of pizzas made from scratch. Choose from toppings including "Pistachio & Proscuitto" ($13) and "Asian Chicken" ($13).