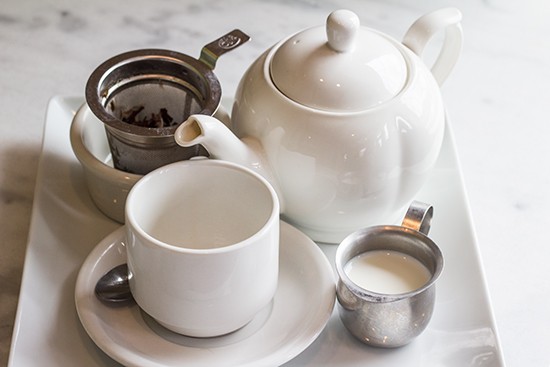 A compound found in green tea could provide relief for those suffering from Alzheimer's, say researchers at the University of Missouri in Columbia.

In fact, when those researchers gave the compound to mice affected by Alzheimer's, as well as access to exercise, they found "remarkable improvements in the cognitive function and retention," according a release from the university.

The scientists believe the finding could have real impact for people with the disease.

Here's how the experiment worked: Lab mice suffering from Alzheimer's were given two tests. In the first, they were placed into a specialized maze, tasked with finding a hole to get out. In the second, they were given material to make nests.

At first, the mice performed badly, with "poorly formed" or "erratic" nests. But after getting the compound from green tea, and access to running or exercise wheels, their performance improved significantly.

Later, the researchers studied the mice brain tissues. There, they found a decrease in the types of plaque associated with Alzheimer's among the mice who'd been given the green tea compound.

Could helping people with Alzheimer's be so simple? Grace Sun, a professor emerita of biochemistry, noted in the release, "Oral administration of the extract, as well as voluntary exercise, improved some of the behavioral manifestations and cognitive impairments of Alzheimer's. We also are excited to see a decrease in A-beta levels in the brains of the affected mice as well as improvements in behavior deficits in mice with AD."

Sun also serves as the director of the Alzheimer's Disease Program at MU funded by the National Institutes of Health. So, there's that.

According to the university's news release, "Further study of the commonly found extract could lead to advancements in the treatment and prevention of Alzheimer's disease in humans."