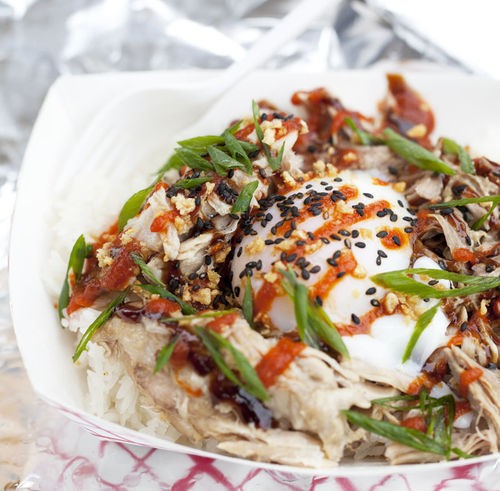 It was, of course, Walt Disney World that first insisted it's a small world after all -- and then the theme park proved it by bringing no less than eleven cultures and cuisines to life at Epcot Center.

But that giant sphere of a theme park in Orlando has nothing on St. Louis' South Grand corridor. With the two new restaurants slated to open there this spring, the six-block area boasts cuisines from thirteen different nations -- two more than Epcot, in an even smaller radius.

The famously food-fabulous neighborhood will celebrate its diversity on May 21 with the seventh annual "Dine Around," which lets adventurous eaters try various courses at restaurants on the street for a flat fee of either $30 or $35, depending on how early you get your ticket.

For those keeping at track at home, South Grand's roster of international cuisines includes two soon-to-open restaurants -- Guerrilla Street Food, which serves the cuisine of the Philippines, and Brasilia, which will feature Brazilian food.

Baida, which serves the food of Morocco

Basil Spice and the King and I, which serve Thai food

Cafe Mochi, which serves Japanese (in addition to Vietnamese)

Qdoba Mexican Grill, which serves a fast-casual version of Mexican

And wait, there's even more. City Diner serves up basic American diner food, and St. Louis Bread Company does the same with a more modern twist. If you count that, well, South Grand will be at fourteen different international cuisines once the two newbies open this spring.

At this point, the evidence is clear: Wannabe cultural tourists should cancel their trip to Florida and just pay a visit to South Grand. And, hey, we hear the price of admission is a whole lot cheaper, too.