Two weeks ago, the Shack (731 South Lindbergh Boulevard; 314-736-5900) opened a new location in Frontenac, joining a list of restaurants owned by OG Hospitality Group. That includes another location of the Shack in Valley Park, the Tavern, the Corner Pub and Grill and Cucina Pazzo. The restaurant fills the space formerly occupied by the Salted Pig. 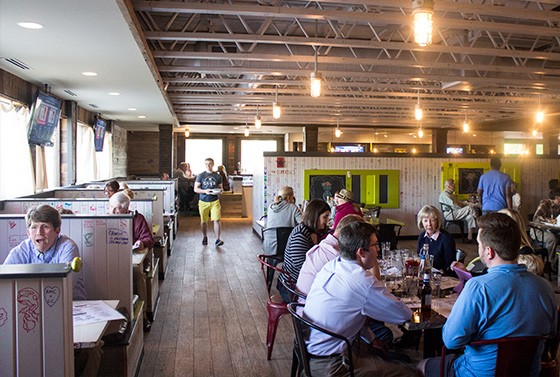 The dining room features restored wood brightened and highlighted with some strategically placed coats of white and spring-green paint. The theme is what Brant Baldanza, principal manager of the OG Hospitality Group, refers to as "retro industrial." Like its Valley Park location, this version of the Shack allows visitors to take liberties with a bucket of Sharpies. Just choose a color to leave a mark anywhere on the restaurant's walls.

From the beverage menu, choose from soft drinks, coffee, herbal and honey tea, draft and bottled beer, red and white wine by the glass, signature cocktails, smoothies and milkshakes. Curious combinations within include boozy cereal shakes such as the "Captain Crunch" ($8) with RumChata, Captain Morgan, ice cream and crushed Captain Crunch cereal.

Chefs Harry Sexauer and James Smith oversee the food menu. For breakfast, choose from a selection of omelets, griddle cakes, skillets, breakfast tacos and burritos, and much more. The new lunch and dinner menu features appetizers, salads, paninis, sandwiches and wraps, burgers and a variety of sides.

According to Baldanza, highlights include "Lord of the Wings" ($10) chicken wings smoked in-house, fried pickle chips ($8) from the original Shack, and the "Wicked Good Turkey" panini ($12) with honey mustard and Doritos on a pretzel bun. 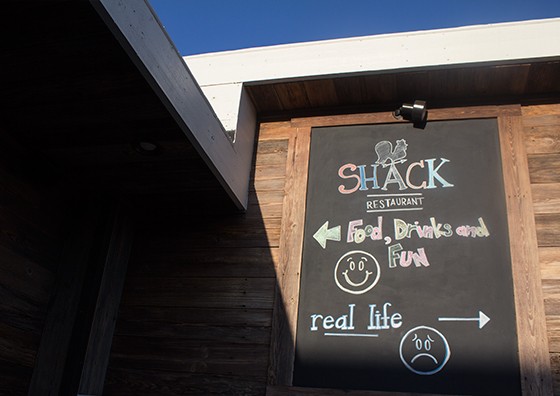