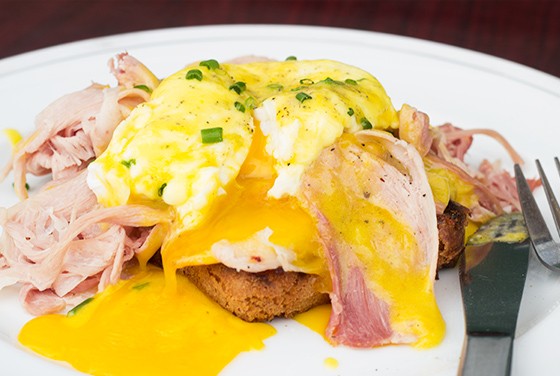 When: Every Sunday from 11 a.m. until supplies run out.

Grove East Provisions regulars already know all about the bodega's bodacious offerings. From wholesome pressed sandwiches and comforting chicken-noodle soup to freshly baked bread and flaky artisan pastries, there are plenty of reasons to stop by the south-city corner store. With the addition of some new Sunday brunch specials that started last month, the list just keeps on growing. 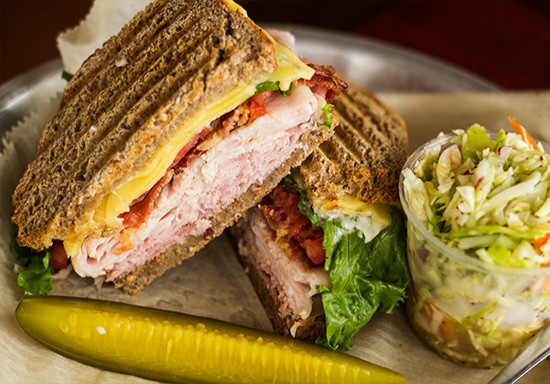 For owner Barry Kinder, brunch seems like a natural addition to the shop's steadily developing menu. The from-scratch cook got his kitchen chops while living in London and working at a French-style bistro in the 1990s.

Between mastering classic preparations of stocks, soups and sauces, he spent his Sundays preparing elaborate brunches featuring traditional English pub grub including beef and chicken roasts, Yorkshire pudding, and bangers and mash. While these dishes haven't quite made it onto the mini-menu of brunch specials yet, Kinder hopes to incorporate them gradually as the list of offerings expands. 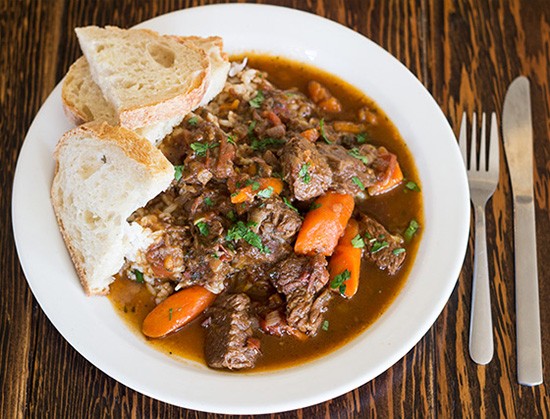 For now, choose from a few items that have become weekend mainstays, including biscuits and gravy, French toast casserole, quiche prepared by Red Fox Baking and eggs benedict. The latter features Red Fox's brioche topped with Salume Beddu's prosciutto cotto, poached egg and hollandaise. Additional specials vary weekly based on Kinder's whims and can include dishes such as slow-cooked, comforting beef stew. Try these selections or choose from regular menu offerings.

In addition to its ongoing brunch specials, Grove East Provisions also now offers new nightly dinner specials featuring dishes such as lasagna and meatloaf. Like the rest of Kinder's offerings, the simple comfort foods are cooked with skill and care. Paired with Red Fox Baking's equally exceptional breads, visitors can't go wrong -- no matter when they decide to drop in.