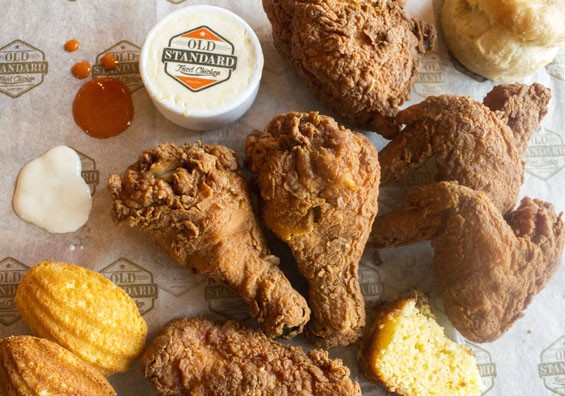 Ben Poremba was sitting by himself at Olio one day when he had a revelation: "I think I'm going to open a fried-chicken place." His employees laughed him off, but the next thing they knew, the James Beard Award-nominated chef was traveling the country to learn everything he could about this American staple. The research would become Old Standard Fried Chicken (1621 Tower Grove Avenue; 314-899-9000),where it's clear that the student has become the master.

Old Standard's fried chicken is brined and cooked in a pressure fryer, resulting in juicy, succulent meat. The process also allows the skin to crisp up without becoming greasy. The breading has a slight peppery heat, but Louisiana-style hot sauce is available for an extra kick.

What makes the chicken even more remarkable, though, is how it's sourced: Poremba uses ethically raised Amish poultry from a small farm in Indiana. Fried chicken is about as trendy as it gets nowadays, but Old Standard's bird stands out from the flock.