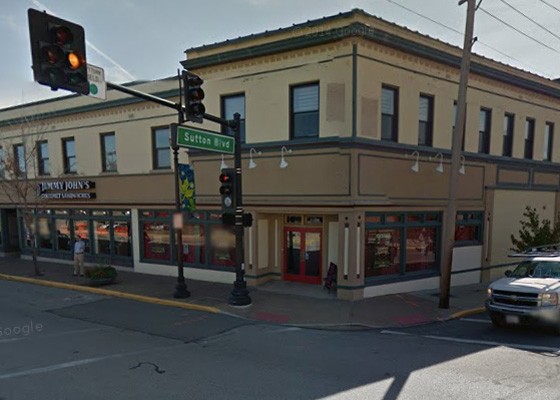 The embattled corner at Manchester and Sutton in Maplewood may have claimed another victim. After Blind Tiger (a Gut Check favorite) closed in September 2014, Michael True took over the large, multi-use space at 7376 Manchester Road for an upcoming Alaskan-themed restaurant called True Sites. Early reports said the unusual restaurant was slated to open in February 2015, but that has come and gone. Now, True has set up a GoFundMe campaign page to raise money and save his restaurant before it even opens.

"I am still seeking immediate assistance and funding. Due to several misfortunate circumstances with private funding over the last couple of months, I am reaching out publicly for help in able to move forward and overcome the hardships of my present situation," True wrote on his page. "My personal investment of nearly $50,000 and losing the location are currently at stake. Funds raised will help with the arduous start-up costs and finishing projects needed to open by late April."

GoFundMe is similar to Kickstarter in that people can donate money to raise funds for a variety of projects. (Indiegogo is another.) However, unlike Kickstarter, which typically offers patrons rewards in exchange for different levels of donations, GoFundMe is usually used just to raise money. True Sites is offering rewards, though they're not specified on the page; you can get a PDF from True himself detailing the "perks."

True Sites needs $40,000 to open at the end of the month, according to the page. So far, after two weeks, four people have donated $140. Unlike Kickstarter campaigns, True will be able to keep whatever money is raised regardless of if he reaches his total goal (Kickstarter requires projects to be fully funded).

The bistro, as other outlets have reported, will have Alaskan food such reindeer, seafood and elk along with dinner-theater performances. "Our key business goal is to provide a truly unique experience that you cannot find anywhere else by artistically combining both worlds of 'dining out' and 'show night,' in one unforgettable night out under one roof!" reads the GoFundMe description. "Some exciting elements are already in place including a distinctive menu and a whimsical dining decor making it a 'first of its kind' venue in St. Louis. We look forward to opening our doors soon with the warm greeting, WELCOME TO ALASKA!"

As 40 South News reported, True Sites was approved by the Maplewood Planning and Zoning Commission in December, but the windows have been papered up for months. We were unable to reach True for comment, and emails sent to the address listed on GoFundMe bounced back as undeliverable.