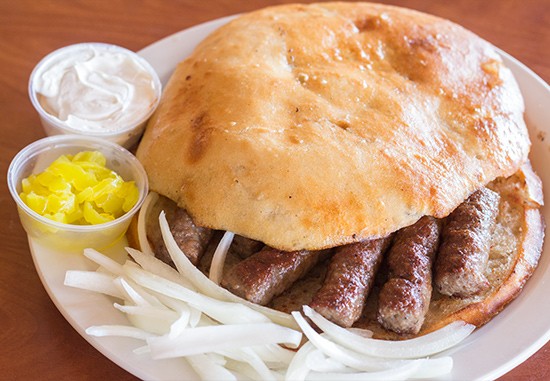 Cevapi, burek and doner kebab are but a few of the traditional Bosnian dishes offered at Antonio's Bistro & Market (5005 South Kingshighway Boulevard; 314-899-9885). The new family-owned, fast-casual restaurant opened in the Southhampton neighborhood on March 18 and offers these housemade specialties as well as a selection of American and Italian-style plates, a kids' menu and individual desserts.

"My mom came up with all the recipes," says Brigita Beharic, the teenage daughter of the restaurant's owner, Meho Beharic. "They're all things I grew up eating."

Brigita quietly watches over the walk-up counter at the 30-seat restaurant, which is decked out in a textured orange, Mediterranean-themed color scheme. Meanwhile, Meho and his wife, Adisa, take care of incoming orders and other business behind the scenes.

Their son and the concept's namesake -- six-year-old Antonio -- happily snacks on the grilled sausages in his cevapi while watching some cartoons with a relative nearby. The seasoned ground beef comes served between two halves of fluffy, crusty flatbread with slivers of raw onion, banana peppers and sour cream.

According to Brigita, the restaurant is the family's first, but they do have prior experience on the market side. While the market at Antonio's is still a work in progress, the kitchen comes fully equipped to roll out hot meals seven days a week.

From the menu, choose from dishes including pljeskavica ($6.95), or a Bosnian-style hamburger served with french fries; a pita doner kebab ($4.95) stuffed with spiced lamb and beef with veggies; chicken alfredo ($9.25); and a variety of flaky, savory pies ($4.65) stuffed with the ground beef, cheese, or spinach and cheese. 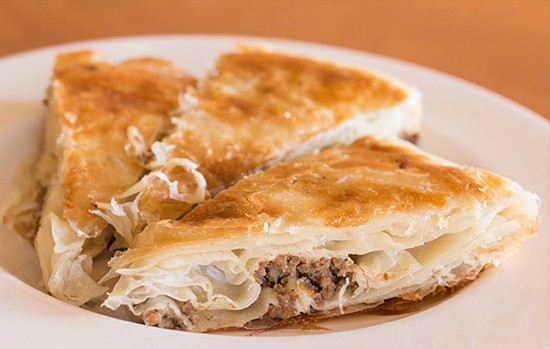 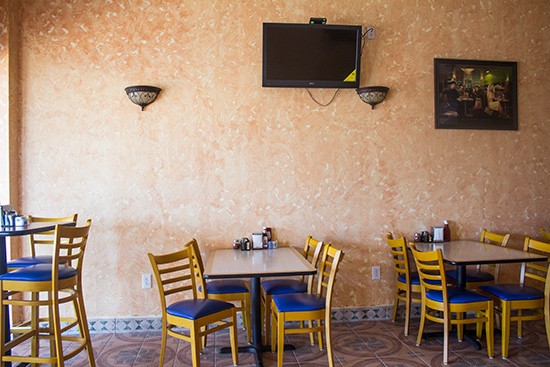