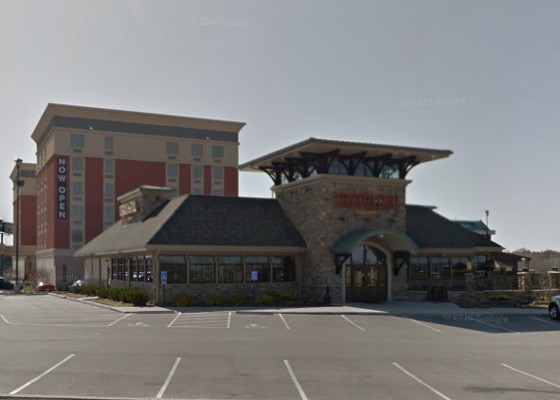 Terrazza Grill by Lombardo's (249 Arnold Crossroads Center, Arnold), one of five restaurants owned by the Lombardo family, closed Sunday, March 29. Owner Tony Lombardo confirmed that Sunday night was the last dinner service and that Syberg's will be taking over the lease.

"Five restaurants with three little kids is too much right now," Lombardo says about the closure. "We've got four other ones, and that'll be enough." He also operates Lombardo's Trattoria, Carmine's Steak House, Angelo's Restaurant and Lombaro's Restaurant. Gift cards from Terrazza Grill will be honored at the other restaurants, Lombardo says.

The Syberg family owns five locations of its namesake restaurants (Gravois, Market, Dorsett, O'Fallon and Chesterfield), plus Helen Fitzgerald's (3650 South Lindbergh Boulevard, Sunset Hills; 314-984-0026). Syberg's marketing director Tracy Stamper tells us that the company isn't releasing any information just yet but to expect news about the upcoming location by next week.