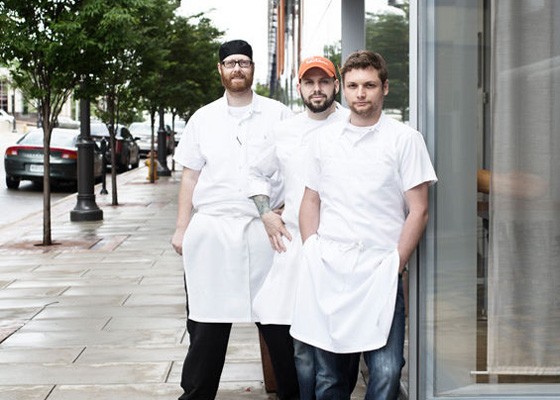 In a press release this morning, owner and executive chef Gerard Craft announced that his partner Adam Altnether will be leaving Niche (7734 Forsyth Boulevard, Clayton; 314-773-7755). Altnether, who is Niche's corporate chef and part-owner, will "pursue other endeavors."

"Adam has been a part of the team for over seven years, and we are proud of the work that we were able to accomplish together within that time," Craft said in the statement. "We're excited to see what's next for him."

Altnether was named on Forbes' 30 Under 30 list last year; he became Niche's chef de cuisine when he was only 22 years old. Before taking on the title of corporate chef, he also served as executive chef at Brasserie and Taste.

Former general manager Christopher Kelling is also returning from California to resume his post; current Niche GM Matt McGuire has been promoted to director of service.

"It's a great feeling to leave a job that I love for a job that I'm equally excited for. Gerard always pushed me to take the airs out of fine dining," Kelling said in the statement, "and now after working with [in Napa Valley], I know how to articulate that in a more meaningful way. It's all about the feeling of the experience -- making guests feel welcome and not intimidated."