That Time We Met Lisa Vanderpump at Ballpark Village 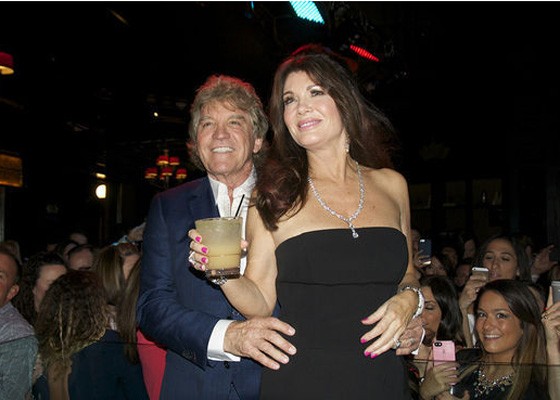 Ever since Ballpark Village opened in March 2014, there have been varying opinions about its level of, well, classiness. Should it be for rowdy sports fans in Cardinals gear? Are we here to wear cowboy boots and ride mechanical bulls? Do we take advantage of expensive bottle service and follow vaguely racist dress codes?

There is nothing of more questionable class than Bravo's Real Housewives franchise, so naturally a Real Housewife was on hand to unveil the new VIP Crown Room at the Budweiser Brew House at Ballpark Village (601 Clark Avenue; 314-345-9481) this past weekend. 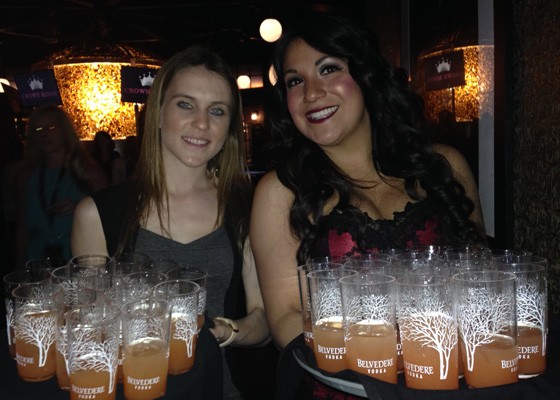 Let it be said, Real Housewife of Beverly Hills Lisa Vanderpump is actually delightful on the show, not to mention an actual housewife and actually rich (you'd think that'd be a given, but no). She also has her own spinoff, Vanderpump Rules, which follows the twentysomething drama queens that "work" at her Los Angeles restaurant, Sur. In short: It is amazing.

Naturally, we were invited to this momentous event because we are clearly Very Important Persons. Also, we love Vanderpump Rules. In order to get the most out of this VIP event, we had a friend, Dina Imsirevic, who is an authority on all things Lisa, Sur and Gigs (Lisa's dog) tag along. To start, we had no problem checking in at the entrance to the Brew House, though a random girl behind us asked if she could say she was part of our group, which was listed as two. So, no.

The Crown Room is pretty big, and a circular bar is the main focus of of the room. There were three sponsored cocktails made with Belvedere available; the first was terribly watered down, but once the bartender told us we could get them up in martini glasses, we preceded to get thoroughly drunk.

Waitresses were walking around with hors d'ouerves presumably from the Crown Room's menu, but we only got our hands on bland mini chicken wings and huge, cheese-filled toasted ravioli. Special cocktails were handed out several times during the evening.

Lisa and her husband, Ken Todd, were of course late, so we did a lot of standing around the not-so-crowded Crown Room. And then: a fashion show. By "fashion show," we mean a makeshift runway in the middle of the room created by those retractable belt barriers they use at the airport, and it featured a world-champion bartender. There was really no explanation of what the girls and guy were wearing. Or if there was, the bumping house music drowned it out. They walked to the end of the "runway," posed, and that was it. OK then!

Runway at the Crown Room. from Nancy Stiles on Vimeo.

When Lisa and Ken arrived everyone freaked out, and there was a huge mob trying to get selfies with both of them. (Gigs was sadly MIA.) Lisa was very gracious and took photos with nearly everyone who asked before security helped her onstage so she could say a few words about how great the Crown Room is. Ken stood nearby, down with us plebeians, and took more photos with everyone, and eventually joined his wife up on the stage. Then we think maybe there was dancing? Everything started to get a bit hazy.

As our hair started to fall flat and makeup began to slide, Dina's boyfriend dutifully picked us up outside Ballpark Village and we went home. There, visions of being sternly reprimanded by Lisa Vanderpump and drinks thrown in our faces at Sur danced in our heads. 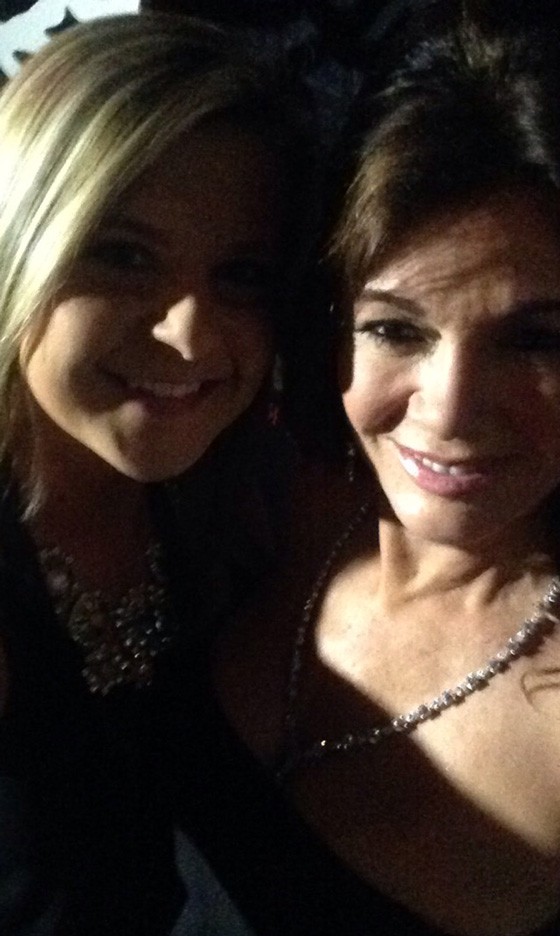