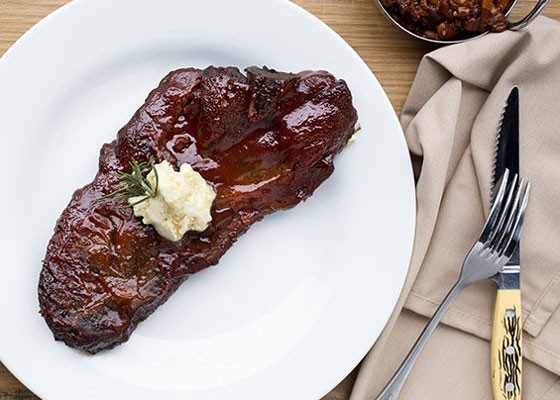 St. Louisans are finished with the assaults on our hometown culinary delights. First it was St. Louis-style pizza, then toasted ravioli and pretty much everything else, and now, according to Missouri State Senator Eric Schmitt, it's pork steaks. The Republican senator started a Twitter campaign called #PorkSteakRebellion after an EPA-funded study recommended more regulation on backyard propane grills. We talked to Senator Schmitt about wasteful spending, "the Twitters" and just how he grills his own pork steaks.

"It just seemed a little ridiculous to me, so I just retweeted the story. I'm a big fan of pork steak as a native St. Louisan, so I put the hashtag #porksteakrebellion on it and it took on a life of its own," Schmitt tells Gut Check. "I think all humor aside, in my view, I think most Americans would probably find regulations related to backyard barbecues an encroachment into their daily lives that's unnecessary."

The whole thing started with a proposal for a senior design project by students in the chemical and environmental engineering department at the University of California-Riverside. The students won a $15,000 grant from the EPA to "perform research and develop preventative technology that will reduce fine particulate emissions from residential barbecues."

Schmitt says the #porksteakrebellion was some good-natured ribbing, but he is serious about what he sees as wasteful spending of taxpayer dollars by federal agencies, like the EPA, that are not elected by voters. He doesn't see the campaign as misleading because he says the EPA must have its eye on regulations down the road or it wouldn't have spent $15,000 on the study.

"[Regulations] could potentially make barbecue grills more expensive, and I just don't think that's a space that the federal government has any business regulating, nor do I think it's a useful way to spend taxpayer money," he says. "So is it true there aren't [environmental as opposed to safety] regulations right now? That's exactly right, but there's still money being awarded to fund a study on carbon emissions of propane gas grills. If people want to defend that, they can. I find it objectionable, and I think a lot of people did."

Many people took to Twitter to discuss the #porksteakrebellion, both to defend Schmitt and to decry his opposition as ridiculous. Schmitt also introduced legislation last week to discourage barbecue regulations, and began an online petition to condemn the study. "The EPA is using taxpayer funds to study propane grill emissions that suggest pit masters use a special tray to catch grease drippings and a catalytic filtration system to reduce air pollution," the petition says. "We don't need D.C. bureaucrats regulating our family barbecues!"

Schmitt says it's the issue of wasteful spending and too much government oversight that resonated with so many across the country -- he even says a man in Australia offered up a "barbie rebellion" Down Under -- not the actual prospect of grill regulations. The introduction of non-Missourians to delicious pork steaks is just an added bonus, he says.

"I have a smoker, too, but I grill everything. My kids have become fans of pork steaks -- I think its a rite of passage in St. Louis," he says. "But I do have my own secret seasoning that I would not want to disclose to the media." Fair enough.