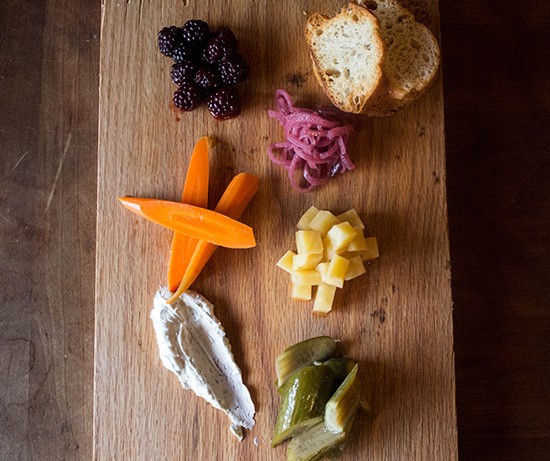 HandleBar recently got a tune-up. Chef Chris DiMercurio -- a veteran of local kitchens including Vino Nadoz, Elaia and Old Standard -- joined the Grove-area restaurant in February and rolled out a revamped menu on March 3. The updated offerings still highlight owner Tatyana Telnikova's Russian heritage, with fresh touches on old favorites and plenty of new plates.

The space itself got a facelift, as well. HandleBar's reputation as one of the best dance clubs and best hipster bars in town -- thanks to regular late-night entertainment as well as events including Lunch Beat -- meant the well-tread place could use some touch-ups. Visitors will notice subtle improvements including refinished floors and booths.

"I had several sit-downs with Tatyana discussing childhood favorites of hers growing up in Russia. We put a more contemporary twist on presentations, worked on improving the flavors and things of that nature," says DiMercurio, who credits his time with chef Ben Poremba at Elaia as an inspiration for mixing influences from around the world.

"There are a lot of Russian dishes and world-inspired bar snacks made in parallel to all the alcohol and beer we have. And we just kind of went crazy with it," he says. "There's no limit to what I'm allowed to do here, so we have a good time. We'll have seasonal menus and last-minute specials." 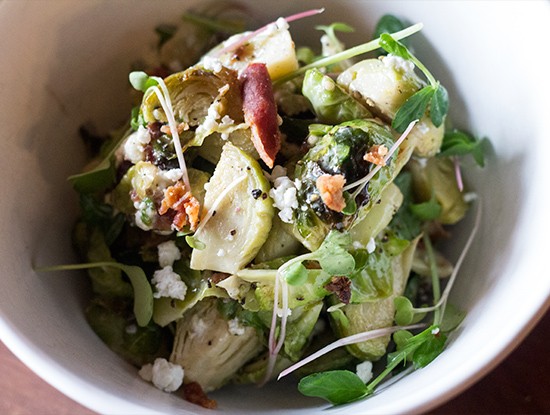 Visitors can still find HandleBar mainstays like the pierogi of the week, blinchiki and pizzas, but slightly redefined. The "Puerco" ($10) pizza, for instance, is a tweaked option topped with bacon, goat cheese, caramelized onion, braised pork and green apple.

Look for about a dozen new dishes on DiMercurio's menu, including his personal favorite: the Brussels sprouts salad ($5) with bacon, goat cheese and burnt-honey vinaigrette. A recent special, "Hash" ($10), also earned a spot on the list. The bowl comes with braised pork, chorizo, roasted potatoes and a one-hour egg.

Additional options include a "Baltic Banh Mi" ($9) with smoked whitefish, pickled peppers, jalapeno, cucumber and cilantro; a "Naan-Wich" ($8) with hummus, pea greens, artichokes, tomatoes, feta and spicy mayo; "Smashed Potatoes" ($8) with white anchovy, aioli, paprika and herbs; and "Roasted Beet Soup" ($5 for a cup or $7 for a bowl) with Greek yogurt and dill --- all available daily from 11 a.m. to 11 p.m. 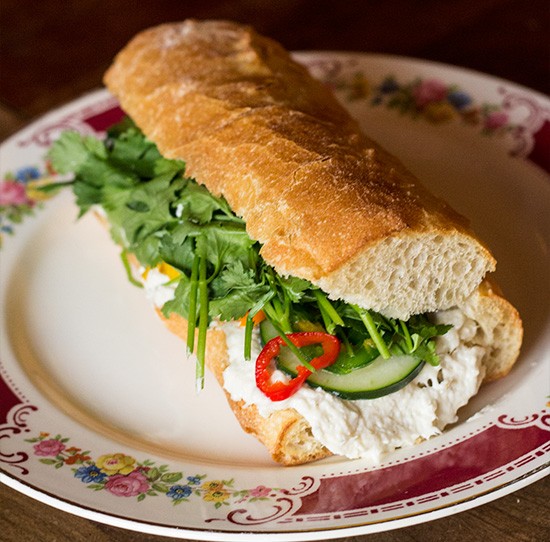 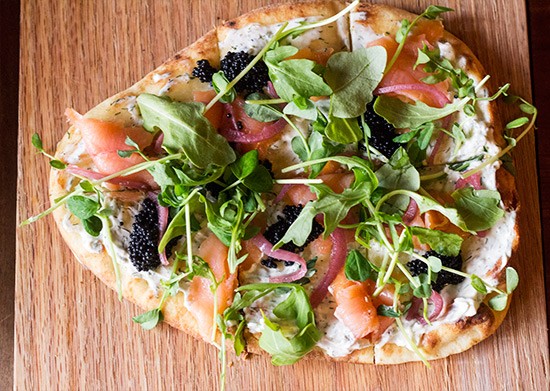 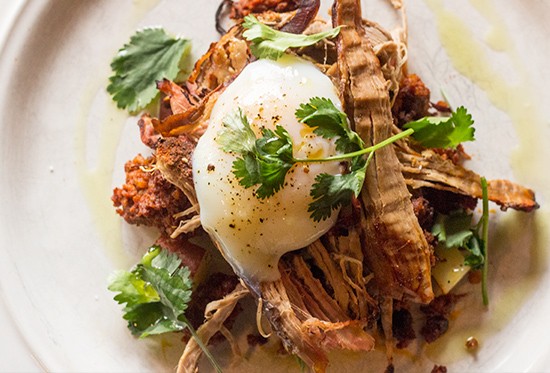 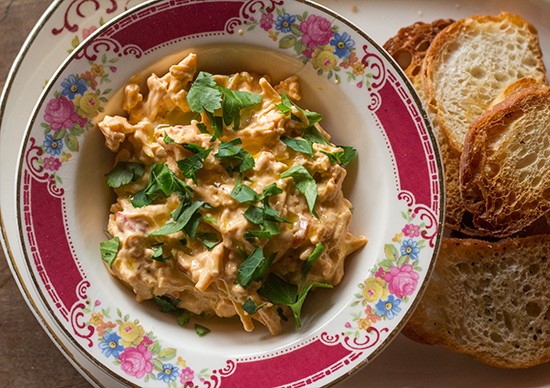 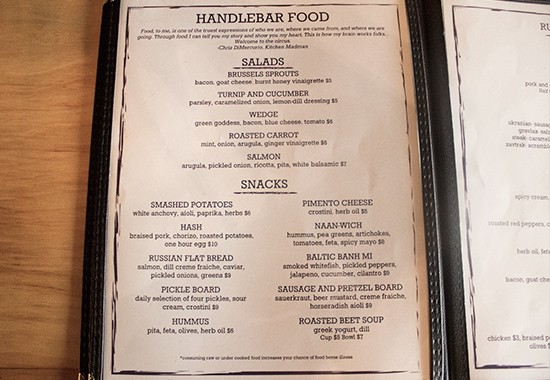