St. Louis has developed a food and drink culture we can all be pretty proud of, with lots of first-class craft breweries, masterful mixologists and even chefs who are James Beard Award nominees. The least we can do is to try to pronounce their names correctly. See if you've been saying these names right.

See also: You're Saying It Wrong: 20 Missouri Cities No One Knows How to Pronounce

Schlafly brought craft beer to St. Louis, and how do we show our appreciation? By butchering what is, in fact, a pretty straightforward name. Joe Edwards told us people had a difficult time two decades ago when his restaurant Blueberry Hill first served Schlafly. Maybe the mind reels when confronted with four consonants in a row, or maybe the lazy tongue refuses to do its part, but some people aren't pronouncing that first "L." It's SHLAFF-lee, not SHAFF-lee. 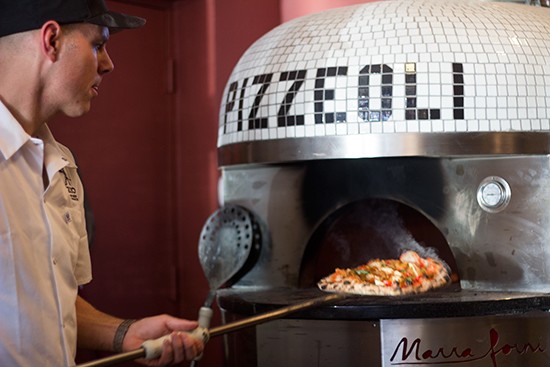 Pizzeoli serves traditional wood-fired Neapolitan pizza in Soulard, but the name is a little tricky. Owner Scott Sandler sometimes hears pee-see-oh-lee. "It is really spelled like this in Italian, p-i-z-z-a-i-o-l-i, pizza-ee-oli," he says. His Americanized spelling is pronounced peetz-ee-OH-lee. The name means "pizza maker" in Italian, and Sandler is an excellent one.

With a name like Prasino, which means "green" in Greek, you would expect fresh ingredients and an emphasis on sustainability, and that's exactly what you'll find. Just don't call it pruh-SEE-no or pray-SEE-no, two common mispronunciations according to manager Aaron J. Hicks. "It's actually "PRAH-si (as in sit) -no" with emphasis on the first syllable," he says.

The word piccione means "pigeon" in Italian, but it's also a family name on owner Richard Nix's maternal side and celebrates his Italian heritage. They hear plenty of mispronunciations, but the name is pronounced pa-CHO-nee, according to pastry chef Sandia Hoormann. "My daughter insists on pronouncing it as pa-CHO-nee-o, like Pinocchio. This is similar to our customers referring to our cannoli as cannelloni." You've been warned.

Everyone seems to agree that Elaia is one of St. Louis's top dining destinations. What not everyone can agree on is how to say the name. "Let's play the game of how to properly pronounce Elaia," says Bess Kretsinger, bar manager and GM at the easier-to-pronounce Olio, downstairs. "ELL (like bell), lee (like the last name), ya (like yuck)." Mispronunciations are more common, with ell-LIE-yuh and EE-lee-uh topping the list, according to Kretsinger. "Typically, especially on the phone, someone will mispronounce the restaurant at least twice before simply giving up," she says. Like Olio (Italian for oil), Elaia, too, means oil (in Greek). Both names are a double pun referring to the building's former life as a Standard Oil filling station and the restaurant's copious use of olive oil. 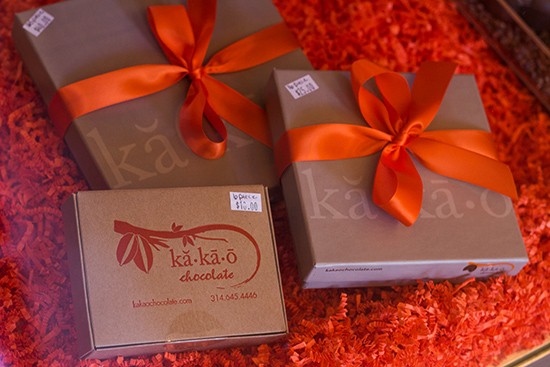 Kakao gets so many pronunciations, the logo even includes diacritical marks explaining how to say each syllable. It's kuh-KAY-oh. "The most frequent way people say it is ka-KOW, which is how cacao is pronounced. Chocolate grows on trees -- technically it's a vegetable -- called Theobroma cacao," says owner Brian Pelletier. "Theobroma means 'food of the gods' in Greek, and cacao is derived from what the ancient Americans called chocolate. The raw product from the trees, before it gets processed into chocolate, is referred to as cacao."

The first word in the name refers simply to an Italian restaurant, especially one serving simple fare. The second word is the name of the beloved mother of the restaurant's founders. "We say trat-to-ria (trat-a-REE-a), rhymes with pizzeria. A lot of people say tra-TORY-a. We say mar-SELL-a, as it was the name our mother used," says manager Christine Komorek. "[But] if we were speaking Italian, we would say mar-CHELL-a." 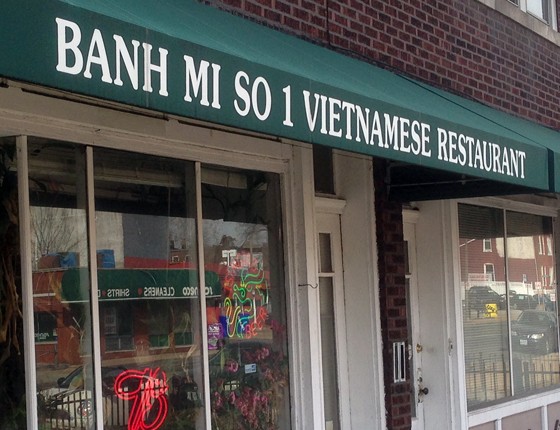 That number tends to throws people off. The name means "number-one sandwich," but people don't generally say the number. You often hear bahn-MEE-so. A Vietnamese friend told us it's Banh Mi So Môt (bahn-mee-SO-mo[t] with that last 't' kind of swallowed). We checked with the Truong family who own and operate St. Louis' best Vietnamese restaurant. "Hats off to the person who told you how it is pronounced. It is 100 percent correct how one says Banh Mi So 1," says Dewey Truong. Now when you invite friends to join you for the best spring rolls in St. Louis, you can say the name with confidence.