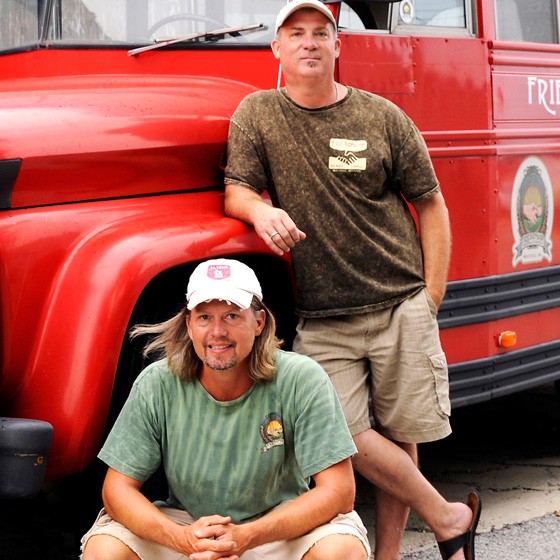 Craft breweries are popping up all over the St. Louis area, including out-of-the-way spots like Alton, Festus and now Wentzville. Friendship Brewing, the brainchild of, yep, two friends, is set to open this summer with beers 28 years in the making.

"Part of the Friendship name is our friendship, and part is the encouragement we got from our friends and the friends in the brewing industry that have been so helpful and instrumental," co-founder Brian Nolan tells us. "The local brewers and brewery operators have been a support system for us -- it's a very cool phenomenon and comforting for guys entering the industry."

Nolan and his old college roommate Dan Belcher have been homebrewing together since the late '80s, when you had to mail-order a brewing kit. They started to get serious about opening a commercial brewery around four years ago and began looking for locations and building a business plan. They eventually found a 101-year-old building in Wentzville and have been renovating it for the past two years.

"There's Dan and myself, and three good friends that are going to help us in the brewhouse. We brew about 30 different beers, and we're adding to that with seasonal varieties and experimental small-batch stuff," Nolan says. "We plan to keep ten of our beers on tap all the time, with local and national beers, but no Bud, Miller or Coors in the building. We'll have 25 taps [total], including some guest taps and some other local craft taps available in the tasting room."

Nolan and Belcher are looking forward to being able to create truly small-batch styles and respond to customer feedback and switch up what they offer. They will, for the most part, address the basic styles at first.

"One of my brewers is a guy name Bob Love. He's a legendary homebrewer, and we're going to give him one tap handle he can do nothing but have fun with, whatever [he] wants to make, make it," Nolan says. Belcher is also a fourteen-time World Sand Sculpting champion, so the duo plans to host some events "along those lines."

The plan right now is to open this summer, but Nolan acknowledges that there are often setbacks with permits, construction and deliveries that tend to stretch the timeline. Friendship already has collaborations lined up with three local breweries, and it's in talks to partner with local charities.

As for the location, Nolan is from Wentzville. The pair also thought it was a great spot because of the dearth of craft-beer options in what is one of the fastest growing communities in the region. He also says it helps that they can be a stop on the way to or from Columbia, the Lake of the Ozarks and Kansas City.

"We're very collaborative. We're not in it for the glory -- we're glad to have our friends involved. There's really no ego in our company," Nolan says. "It's really humbling, and we're super thankful for what is an amazing amount of support and encouragement from the beer community. We're very excited."