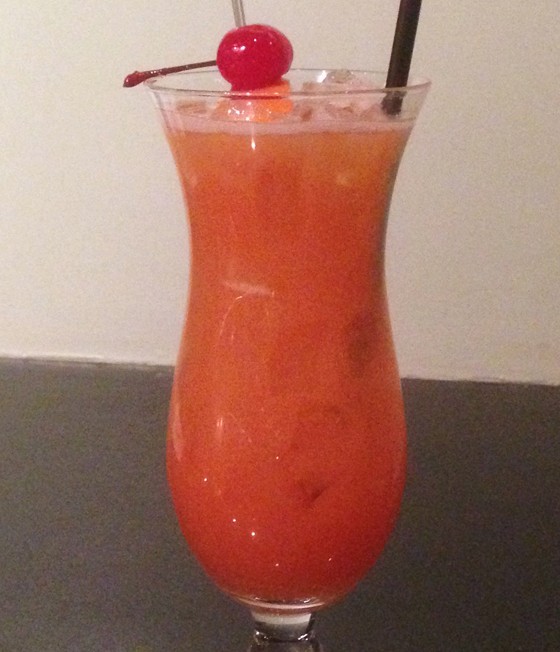 Mardi Gras is almost here. If you head down to Soulard and get a plastic cup of something bright red called a hurricane, chances are, it's not one. Besides rum, a hurricane should contain real passionfruit juice. Sadly, many places will be using a powdered mix, like those silver packets of Pat O'Brien's Hurricane Cocktail Mix they sell at the liquor stores this time of year. If you want a good hurricane, avoid the crowds in Soulard and head to Evangeline's Bistro and Music House (512 North Euclid Avenue; 314-367-3644) in the Central West End.

See also: How to Make Grenadine at Home in 3 Easy Steps

The regular hurricane at Evangeline's is boozy, fruity and sweet. And it's not cough-syrup red, either. At first, it tastes somewhat like tart pink grapefruit with an earthy cherry note, though these fruits are not part of the mix. The "house fruit juice blend" turns out to be passionfruit, orange and lime with a little grenadine, according to bartender Leslie Miller. "It's not like the bright red SoCo hurricanes you get downtown that make you so sick," Miller says.

You can also choose from fourteen different infused rums made in-house by Mindy Holsapple. Most are infused with various types of fruit (and no added sugar), but there are more exotic options as well. A hurricane made with jalapeño- and peppercorn-infused rum and hot sauce instead of grenadine is sweet and spicy. The chili pepper and the fruit marry beautifully.

If sweet and fruity drinks aren't your thing, have a Vieux Carré. This boozy treat hails from the Crescent City itself and is named for the French Quarter. How's that for a Mardi Gras pedigree? It's rich with rye spice and a hint of sweetness that's balanced by clean bitterness and some herbaceous notes.

Just because you're wearing a pound of plastic beads doesn't mean you have to let your cocktail standards slip. Make sure there's something good in your glass when you raise it for that toast.