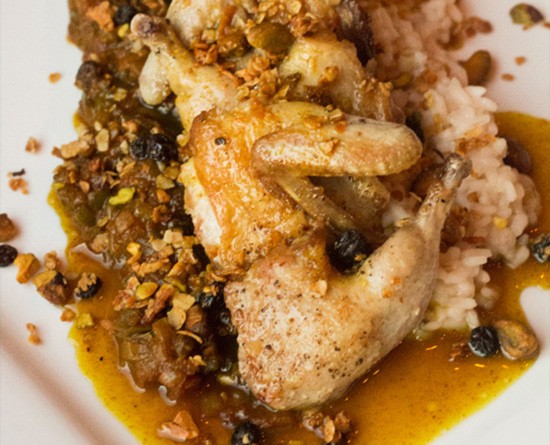 "We both kind of want people to see Southern food as more than just fried chicken and pork belly and collard greens," Vires says. "Those things are great, but there's more nuance than that. There's no other region of the United States that has more of a history of cuisine than the South. It's a huge melting pot with influences from Korea, from Africa, from Mexico, from Cuba. We tried to get some dishes that would open people's minds to different things."

Take, for instance, one of the Vires' new small plates, "Hoe Cakes," three cornmeal pancakes served bruschetta-style topped with bacon jam, Georgia blue cheese and maple; creme fraiche and Midwest trout roe; and duck rillette with pickled apple. She refers to them as the birth of the pancake, explaining that they have a history steeped in the fields of the South where workers would keep bags of cornmeal in their pockets to mix with water and cook on the backs of their hoes over fire. 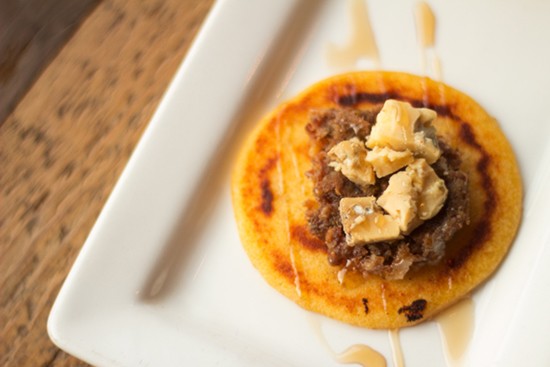 Die-hards needn't worry, however; throughout the changes, Perkins did insist on holding on to two of the restaurant's fan favorites -- the fried chicken as well as the chicken and waffles. Those looking to sample some of Vires' handiwork can look forward to a new poultry-centric dish to rival those mainstays: the "Country Captain," an entree that features curry-glazed quail, Carolina-gold rice, currant stew, a bourbon-curry glaze and pistachio-coconut-currant granola.

"The 'Country Captain' is actually a really traditional Southern dish," Vires says. "Port of Charleston captains would come back from their travels and they would bring back spices from the Far East. It's suspected that's how curry first made its way into the United States. It's usually made with chicken and almonds, but we thought we'd mix it up a bit."

Vires sees this menu revision as the first of many. While the selection won't change weekly like it did at Home Wine Kitchen, she intends to keep things interesting.

When asked how the new business partnership with Perkins has panned out so far, she replies, "I love it. I hope he loves it. Every other day, I see the nervous look on his face when somebody says, 'This is just temporary, right? What are you doing next?' This is what I'm doing next. I'm here.... I think a lot of people thought that me and my husband would open something else, but I'm really enjoying focusing on food and there are a lot of things I'm happy to let John be the one that stresses about. I just get to cook the food, and I'm very happy doing that." 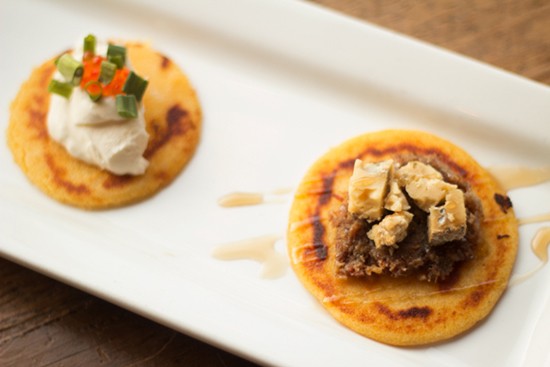 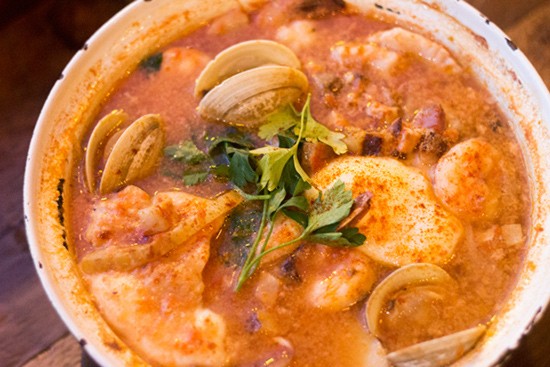 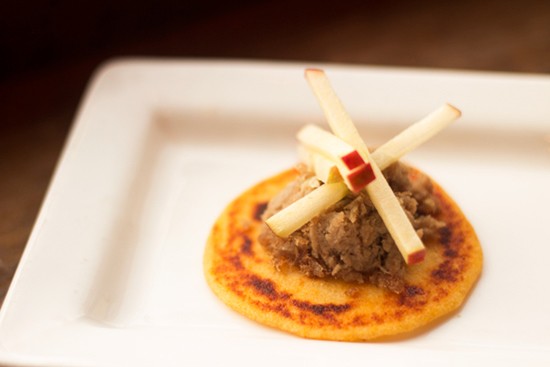 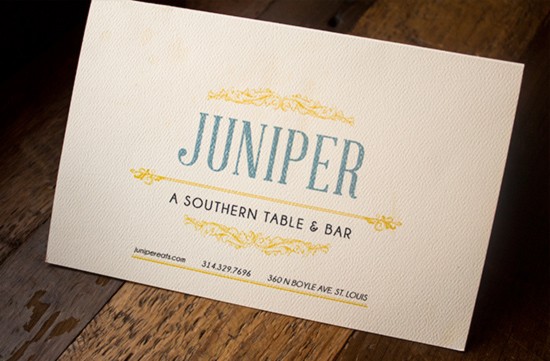