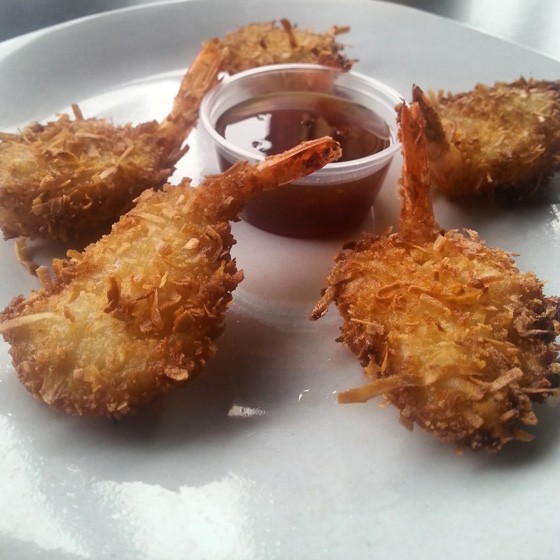 Earlier this month, Gamlin Restaurant Group announced that its year-old tiki bar in the Grove, Taha'a Twisted Tiki (4199 Manchester Avenue; 314-202-8300), would no longer be under its direction. Instead, partners Steve Blome and John Speno are taking Taha'a into its second year (after a birthday celebration this weekend). We talked to them, along with bar manager Stephanie Tash, about menu changes and what they've learned.

"Frankly, we hate to see [the Gamlins] go, but we had a great first year working with them. I think it's changed for the better and gives them the chance to focus on the Whiskey House, and gives us a chance to have a more direct handle on how things are going at Taha'a," co-owner Steve Blome tells us.

Blome says in the past year, they have listened to customer concerns about high prices, small portions and the lack of variety on the food menu, and they've addressed those things in the new Taha'a. A new drink and food menu is launching during the anniversary celebrations this weekend, but it will continue to change as needed.

"The Grove is a really great spot for the younger crowd, and the tiki bar wants to be able to offer something for everyone, whether it's a $9 cocktail, an inexpensive well drink or a $2 shot special," bar manager Stephanie Tash says. "Not just tiki drinks and not just rum, but widening our perspective in terms of being a great neighborhood bar. That's a huge thing we're striving to do."

The drink menu has been simplified somewhat -- Tash admits that it was a little overwhelming for people not familiar with tiki bars or even rum. There are ten classic tiki drinks and ten twisted original cocktails, but Tash says Taha'a has upped its stock of vodkas, whiskeys and scotches (with a few bottles of gin for food measure). Look for a selection of frozen cocktails come summertime.

"If you're really looking for something to die for, go have the [new dessert] cheesecake rangoon," Blome advises. "It's cheesecake, diced pineapple, chocolate and vanilla sauce -- then you need somebody to give you a ride home!"

Gut Check is always hungry for tips and feedback. Email the author at [email protected].